Steve Daines is throwing us under the bus! 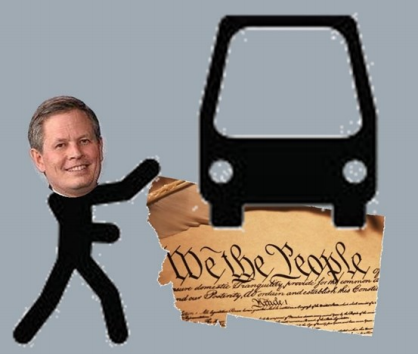 Steve Daines is throwing us under the bus!

It appears that Montana Senator Steve Daines has rendered his oath of office irrelevant and tossed his ethics out the window, all for the relentless placation of one ethnic preference. He is throwing Montana citizens, farmers, irrigators and landowners under the bus by surrendering everything to one tribal government, to the perpetual harm of Montanans.

According to an article just posted on Western Montana Water Rights, last year a team of legislators and citizens met with Daines to discuss a viable alternative to the unconstitutional and completely insupportable CSKT Compact. At that time it certainly sounded like Daines was seeking another course of action since he called the CSKT Compact “the most divisive piece of legislation to ever come out of the State of Montana,” promising to “never submit the CSKT Compact to Congress as long as I am Senator.”

Nevertheless, he has now done a complete about face, having recently announced his intention to submit the Compact to the Senate this year!

Having not yet seen this proposed piece if legislation, one can only speculate as to its content. However, we have been told that it will still include the unlawful Unitary Management Ordinance (UMO), placing 30,000 people and legal state waters rights under Tribal jurisdiction.

In addition, the Compact violates federal mandates for National and State Environmental policy Acts, and there have been no compact related economic studies done that would clearly illuminate the economic devastation up passage.

Interesting, also, is the back and forth discussion on Dr. Vandemoer’s Facebook page. It certainly sounds like at least one of our Montana legislators is on board with Daine’s proposal. And I, for one, would like to know just who is this ‘united MT congressional delegation’??? In the posts (below) I was told the ‘ALL PARTIES, Montana citizens…’

So, just where and when did these discussions or meetings take place? Were they public or behind closed doors? Were they posted in the newspapers?

I know that I was certainly not included. Were you?

Keep in mind the basins and in-stream flows claimed by the CKST as theirs, for time immemorial!

The map below, taken directly from the CSKT Water Compact on the DNRC’s website, illustrates the problem with the compact clearly. It will effect water rights in 11 Montana counties, as well as in several counties in Idaho. If you have water rights and/or irrigation rights, you have cause to be concerned. Very concerned. 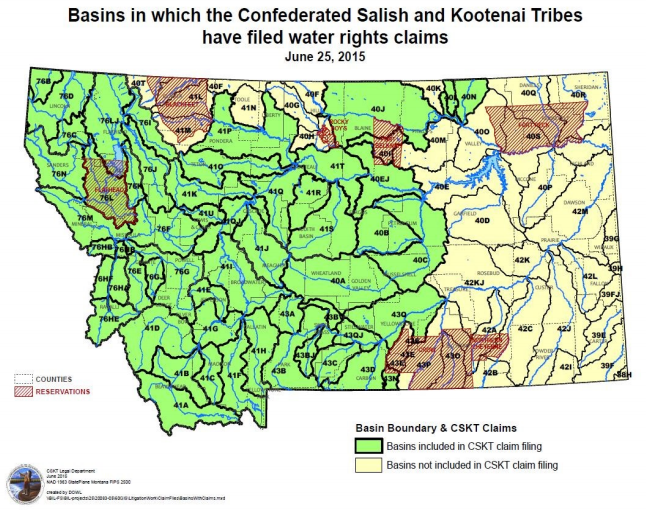 Below I’ve included the pertinent posts on Dr. Vandemoer’s Facebook page. Read the posts for yourself and decide. And please, listen to the recent interview with Tim Fox as he, too, throws us under the bus. In the meantime, it looks to me like we need a new conservative to run for Senate—someone who will support the Montana Constitution, our water rights and our property rights. And, someone who doesn’t pander to just one ethnic group over the majority of Montana citizens. 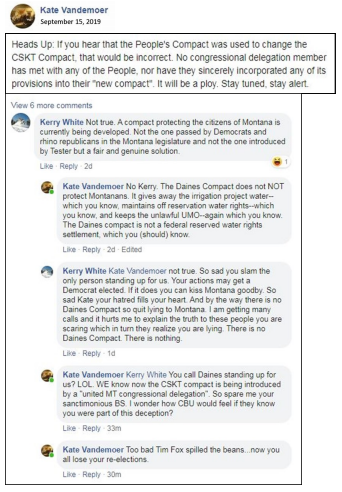 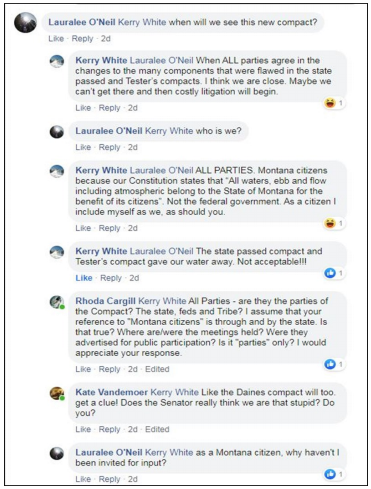 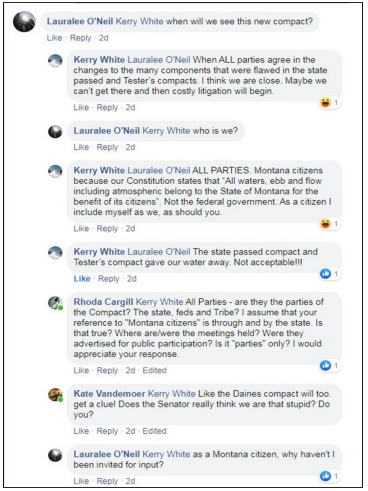 Listen below as Attorney General Tim Fox, candidate for Montana Governor, not only verifies, but also supports the fact that Steve Daines is putting forth the CSKT Compact. Listen below to the caller’s question and Fox’s answer at the 34:00 minute mark. And sorry, Tim, but I’m a big Al Olszewski for Governor fan, and I know Dr. Al does NOT support the Compact. Stay tuned. This battle is just beginning! 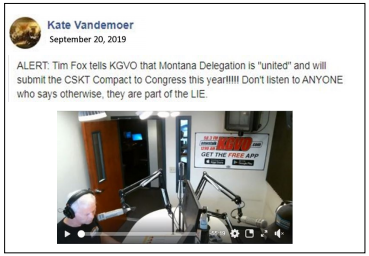 Published with Permission of ThisWestIsOurWest.com