Facebook Admits in Court Filing That It Is a Publisher, Opening Itself Up to Libel Suits 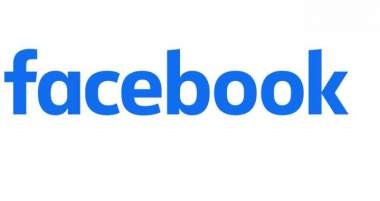 Facebook Admits in Court Filing That It Is a Publisher, Opening Itself Up to Libel Suits

Having spent years defending itself against claims of being a publisher — instead, claiming to be a “platform” — Facebook has now admitted in court filings that it is a publisher. The reversal comes in another attempt at defending itself, but might open the company up to a plethora of major libel suits.

The crux of all of this is that Facebook has always skirted responsibility for what is published in the site by claiming that it is a platform and not a publisher. Since publishers can be held responsible for anything libelous that they publish, Facebook simply claimed not to be a publisher. That would mean that while individual Facebook users could be sued for libel for posts that were found to be unfounded and damaging to someone’s reputation, Facebook would be off the hook.

Section 230 of the Communications Decency Act affords tech platforms immunity from lawsuits stemming from their decisions of whether or not to host user-generated content. This means that unlike publishers, which can be held to answer in court if their writers defame someone, tech platforms are not held liable for user-created content.

Because of a desire to be afforded the protections offered by Section 203, Facebook has repeatedly denied being a publisher, claiming that as a platform, the company is not responsible for user-created content. That has always been Facebook’s position.

When conservative journalist and congressional candidate Laura Loomer filed a $3 billion lawsuit against the social-media giant in July, claiming that Facebook had called her a domestic terrorist and a “dangerous individual” before deactivating her account, Facebook switched gears. In a motion to have Loomer’s lawsuit dismissed, Facebook defended itself by claiming to be what it has always denied being: a publisher.

Loomer’s suit makes several claims. The one relevant to Facebook’s sudden shift from denying being a publisher to claiming to be a publisher is her complaint that the tech behemoth deactivated her account as a form of political censorship. In their motion for dismissal, Facebook’s lawyers wrote:

Third, to the extent Ms. Loomer’s claim targets Facebook’s decision to deactivate her accounts, it is also deficient. Under well-established law, neither Facebook nor any other publisher can be liable for failing to publish someone else’s message. The First Amendment provides absolute protection for such decisions.

The situation gets particularly hairy for Facebook considering that the company did not only claim platform status in public statements, but also in a congressional hearing. When appearing before a Senate committee last year, Facebook CEO, Mark Zuckerberg, insisted that his company is not a publisher.

During that Senate hearing, Zuckerberg was grilled by Senator Dan Sullivan (R-Ak.) who asked him point-blank whether his company was a platform or a publisher. He also asked how that fit in with Zuckerberg’s previous statement to another senator that Facebook does have some responsibility for its content. “You mention you’re a tech company, a platform, but there are some who are saying you’re the world’s biggest publisher — I think about 140 million Americans get their news from Facebook, and when you [answered] Senator Cornyn, you said you are responsible for your content,” Sullivan stated, before asking, “So, which are you? Are you a tech company, or are you the world’s largest publisher? Because I think that goes to a really important question on what form of regulation or government action, if any, we would take.”

Zuckerberg’s answer was a study in ambiguity, but one thing was clear: He claimed to see Facebook as a “tech company” — a platform — not a publisher. His reason? “Because the primary thing we do is build technology and products.” Sullivan pressed Zuckerberg with, “But you said you’re responsible for your content. Which makes you kind of a publisher, right?”

Zuckerberg replied, “I agree that we’re responsible for the content, but we don’t produce the content. I think that when people ask us whether we’re a media company or a publisher, my understanding of the heart of what they’re getting at is, do we feel responsibility for the content that’s on our platform.” In an obvious attempt to split the difference and maintain Section 230 protection as a platform while still hoping to justify censoring and banning users with whom Facebook disagrees, Zuckerberg called his company a platform and then added that the answer to the question of whether Facebook feels “responsibility for the content that’s on our platform” is “clearly yes, but I don’t think that’s incompatible with [what’s] fundamentally at our core, being a technology company where the main thing that we do is have engineers and build products.”

Zuckerberg’s argument was an untenable position: Facebook is a platform, not a publisher — but is still responsible for (and therefore able to control) content on the site.

Loomer’s lawsuit is the perfect storm that blew Facebook off the fence it had attempted to straddle. Now that the social-media giant has admitted in court filings that it is a publisher — in an attempt to seek First Amendment protection — it has also admitted that it does not enjoy Section 230 protection as a platform. This will almost certainly open the company up for a plethora of lawsuits based on myriad slanderous, libelous, defaming posts and comments over the past more-than-decade.

It appears that Facebook — while trying to get out of the frying pan — may have jumped right into the fire.