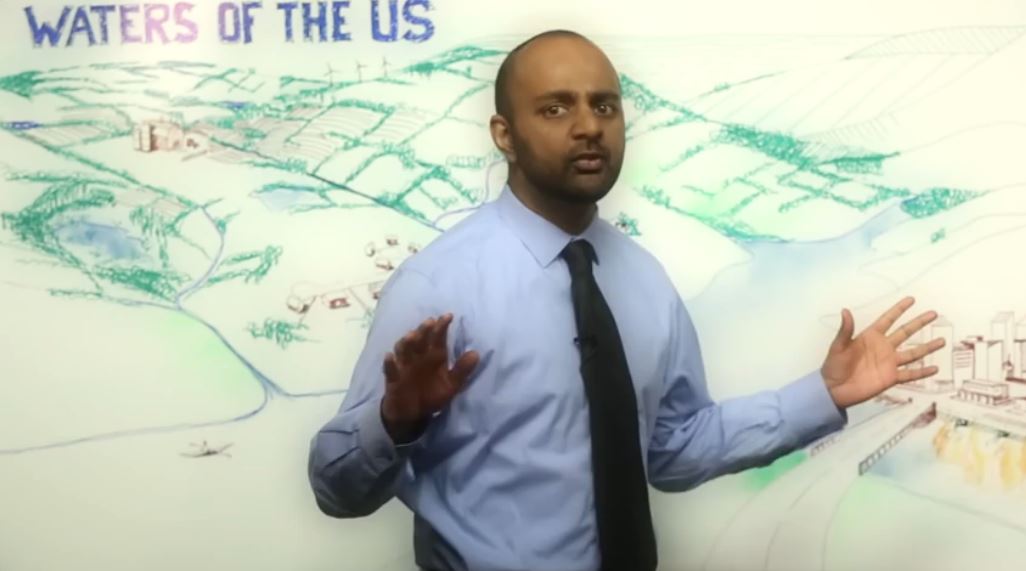 Bad habits are hard to shed. And if you are a bureaucrat at the Environmental Protection Agency (EPA) who has become accustomed to throwing the agency’s considerable weight around, why turn over a new leaf?

Even though the Trump administration has overturned the Obama-era “Waters of the United States” (WOTUS) rule, some regulators within the agency are acting as if nothing has happened.

Curtis Martin is a farmer and rancher who owns land near Vale, Oregon. The property contains a small, narrow creek with little surrounding vegetation. So ecologically unhealthy is the creek that it is not fit habitat for local wildlife and is eroding its own bed. The creek has already threatened nearby roads with flooding and washouts and is depleting local groundwater.

Being a responsible steward of his land, Martin decided he would do something about it. As noted by the Pacific Legal Foundation’s Tony Francois, Curtis partnered with the U.S. Department of Agriculture’s Natural Resources Conservation Service to make a series of ecologically sound improvements to the troubled creek. Among other things, Curtis and his partners placed diversion pipes at strategic locations that pump water to cattle troughs on surrounding hillsides. This keeps the cattle from drinking directly from the creek bed.

The woebegone creek went from an eyesore that degraded the local environment to an ecologically healthy, if still small and narrow, body of water.

And what was Martin’s reward for this exercise in conservation? EPA declared the creek a “navigable water of the United States,” making it subject to federal jurisdiction under the Clean Water Act (CWA). Even though the creek is no more navigable than your average bathtub, EPA, by asserting jurisdiction, is letting Curtis know that the agency, and not the property owner, will call the shots on the ranch.

“If the EPA takes control of Curtis’ land, he would be required to obtain government permits before doing anything to his creek – including ecologically beneficial restoration projects,” Francois points out. “These permits require months or years and potentially hundreds of thousands of dollars to obtain.”

According to PLF’s Francois, Curtis is not alone in feeling the whip of EPA wetlands bureaucrats. In neighboring Washington, two ranchers – Vic Stokes and Sam Ledgerwood – worked with local conservationists, including the Colville tribes and the Pomeroy Conservation District, to rehabilitate ecologically degraded creeks on their land for fisheries and other wildlife. Their work included depositing dead trees, staking down vegetation to mimic the effect of beaver dams, dredging the creek bottoms when they silt up, and building retention ponds that prevent erosion and create habitat.

But their creeks, too, have been declared “navigable waters” by EPA, and the two Washington ranchers are being subjected to the same kind of punishment for their acts of private conservation that the agency chose to inflict on Curtis.

It’s as if all the efforts of Trump Administration officials, including EPA Administrator Andrew Wheeler, to bring a measure of sanity to federal wetlands regulation had never happened. Operating on auto-pilot, agency bureaucrats are still content to throw their weight around, trample on people’s property rights, and – a cruel irony – punish people for their good conservation.

Instead of tying up the nation’s court system in senseless litigation, it would be far better if EPA’s Washington headquarters stepped in, knocked heads in its own wetlands bureaucracy, and withdrew the ridiculous “navigable waters” designation from the two ranches.