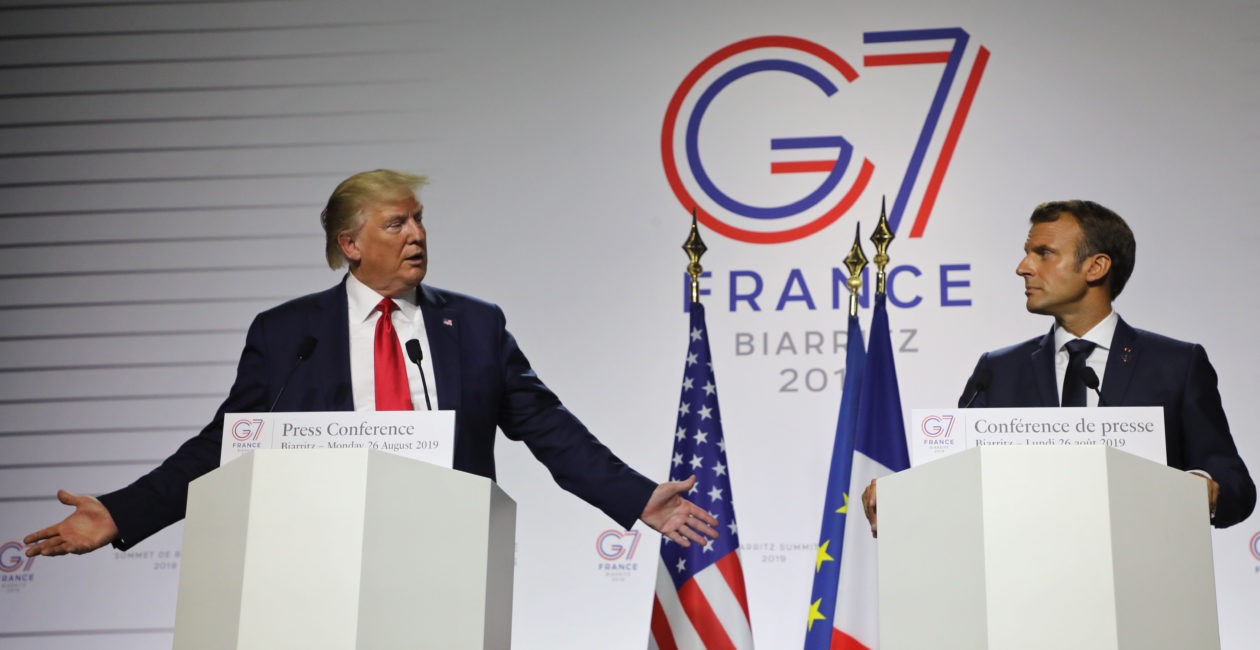 Progressive European Union bureaucrats use various techniques trying to keep the EU together and keep taxpayer money flowing to Brussels. One of their favorite ploys is to propose big government solutions to huge problems—such as climate change or inequality—that will never be completely eliminated.

Such proposals translate into lifetime job security for the bureaucrats and lucrative government contracts for their “woke” corporate cronies. Bureaucrats in the U.S. government do the same thing.

In this context, it was no surprise to see French President Emmanuel Macron harp about the fires in the Amazon in the weeks leading up to the G-7. Macron started a bitter personal feud with Brazil’s new right-wing president, Jair Bolsonaro.

Bolsonaro, for all his faults (he has been called the “Trump of Brazil”), represents the same disruptive threat to the international progressive agenda that Trump does.

Moreover, The New York Times reports that “most of the fires [in the Brazilian Amazon basin] are burning on agricultural land where the forest had already been cleared.”

Unfortunately, many of these fires were set by farmers to fertilize their fields. It’s an ancient, primitive, and backward Third World farming technique, to be sure. But it is not the destruction of virgin rain forest.

There are also fires being set by peasant farmers in Bolivia’s Amazon basin so that they may take advantage of jungle land given to them by leftist Bolivian President Evo Morales as part of his ongoing wealth re-distribution schemes.

Funny though, we heard plenty about the “villainous” Bolsonaro at the G-7, but nary a peep about Morales.

In any case, all of these facts didn’t stop the climate change lobby and its mainstream media cheerleaders from whipping up some hysteria about Bolsonaro’s supposed war on the environment.

The fact that these attacks came in the run-up to the G-7 gave away the game: The real target was Trump, who pulled the U.S. out of the Paris climate agreement. In this case, Bolsonaro was just a proxy for Trump.

And who stands to gain from that Paris agreement? Well, France does, for starters. Where better to establish a gigantic public sector clearinghouse to supervise the sale to fossil fuel sinners of carbon indulgences? And who would staff that huge secretariat? You guessed it: French bureaucrats with lifetime job security.

No wonder Macron took the lead on putting climate on the G-7 agenda.

Macron also pulled the last-minute dirty trick of inviting the Iranian foreign minister to the G-7 meeting to embarrass Trump. The French and the Germans are still angry about Trump pulling out of the Iran nuclear deal that they and President Barack Obama signed.

The U.S. sanctions imposed on Iran by Trump have made it difficult for the Europeans to sell their high-tech manufactured goods to the brutal regime in Tehran. Apparently they are not much bothered by Iran posing an existential threat to Israel. After all, there’s money to be made selling to Iran.

Trump was right to push back against climate and the other “niche” agenda items (as the White House described them) and insist that the G-7 leaders focus on the big economic policy questions. That necessary and useful discussion to coordinate economic policies at the G-7 took place under the large shadow cast by China.

Trump has reasserted American leadership in the world, most especially by taking on the increasingly aggressive and predatory actions of China under President Xi Jinping that have upended the global trading system.

And China’s actions affect not just the United States but market-based democracies all over the world. The other G-7 leaders were probably privately delighted that the U.S. has finally taken the lead in confronting Beijing.

It’s lonely at the top, as Trump was reminded yet again at another summit. But it’s a fight worth fighting, for America and for the free world.

James M. Roberts is the research fellow in freedom and growth at The Heritage Foundation’s Center for International Trade and Economics. Roberts’ primary responsibility is to produce the Index of Economic Freedom, an influential annual analysis of the economic climate of countries throughout the world.