The Part Of The Second Amendment No One Reads 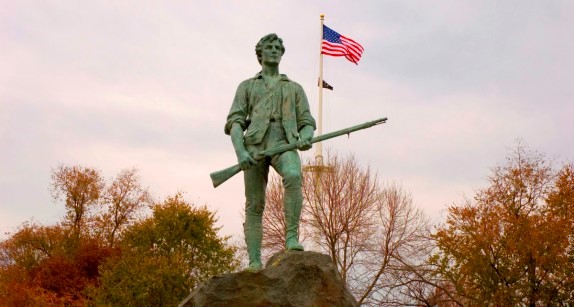 The Part Of The Second Amendment No One Reads

The latest killing spree by a mentally unstable man in Texas who had just been fired from his job has provoked the predictable round of calls that politicians “do something” and that something is, of course, confiscate lawfully owned firearms from law-abiding citizens.

The tone for this latest round of gun confiscation hysteria was set by former Representative Robert Francis “Beto” O’Rourke. O’Rourke, mired at the bottom of the Democratic presidential primary field and in danger of not making the next debate was asked by a reporter if gun owners should be worried that an imaginary President O’Rourke might confiscate their guns.

Reporter: How do you address fears that the government will confiscate semi-automatics?

O’Rourke: “I want to be really clear, that’s exactly what we are going to do”

Our thoughts are with the victims, their families, & everyone injured in the shooting in Odessa & Midland, TX.

Thank you to the first responders who risked their lives to stop the threat.@senatemajldr should bring up H.R. 8 the week Congress returns. We must #endgunviolence.

But it was former HUD Secretary Julian Castro’s comments that really provoked this column.

“Often times it’s actually hunters and folks that shoot on a range that understand that you don’t need these weapons of war, the AR-15 and other similar weapons. I think more and more, many of them get it,” the Texas Democrat said Sunday on NBC’s “Meet the Press.”

To Julian Castro, and those few misguided gun owners who might be tempted to agree with him, I am forced to point out that the Second Amendment, and the rights it protects, have nothing to do with hunting.

“A well-regulated Militia, being necessary to the security of a free State, the right of the people to keep and bear Arms, shall not be infringed.”

The purpose of the Amendment is stated in the second phrase of the sentence: being necessary to the security of a free State.

It doesn’t say to go hunting or target shooting, it doesn’t even say to preserve the existing government or to maintain the authority of those in power, it says that the Constitution recognizes that the people have a right to keep and bear arms to maintain their freedom.

Implicit in that statement is the recognition that absent an armed citizenry freedom is at risk, and in that regard the Framers of the Constitution had firsthand experience.

Brig. Gen. Lord Hugh Percy, a commander of British forces during the  American Revolution explained it this way: “What makes an insurrection here always more formidable than in other places is that there is a law of this province which obligates every inhabitant to be furnished with a firelock, bayonet, and pretty considerable quantity of ammunition.”

And Lord Hugh was right: Each man was required by law to provide himself with a good firearm, with a steel or iron ramrod, a worm, a vent pick and brush, a bayonet fitted to his gun, a scabbard, a belt, a sword, tomahawk or hatchet, a cartridge box holding a minimum of 15 rounds, 100 buckshot, six flints, one pound of powder, 40 lead balls, a knapsack and a blanket, and a canteen to hold a quart of water.

On September 1, 1774, 260 of General Thomas Gage’s soldiers had sailed up the Mystic River and seized hundreds of barrels of powder from the Charlestown powder house. This came to be known as the “Powder Alarm.” In response, American revolutionaries declared that any attempt by the British to violently confiscate firearms from the colonists would be interpreted as an act of war.

Are you reading this Mr. Castro?

On July 4, 1776 the Declaration of Independence was ratified and announced, its reasons summed up well by Patriot Capt. Levi Preston, a participant in the Battles of Lexington and Concord, during an interview given later in his life: “What we meant in going for those redcoats was this: We always had been free and we meant to be free always! They didn’t mean that we should.”

The war that turned the Declaration of Independence into a reality was, as Joel Bohy and Don Troiani put in The American Rifleman, a remarkable triumph for the Patriots that would have been inconceivable had not every man been armed with his own gun.

Many Americans, even those who are not active shooting sports enthusiasts, recognize that what was true to Patriot Capt. Levi Preston in 1776 is true today: We always have been free, and we mean to be free always, and we understand that those, like Beto O’Rourke, Julian Castro and Chuck Schumer who want to take away our guns also want to take away our other freedoms.

We urge CHQ readers and friends to share this article widely through their social media and email lists and to call their Representative and Senators through the toll-free Capitol Switchboard (1-866-220-0044) and to let President Trump know via the White House comment line (1-202-456-1111) that the Second Amendment is not negotiable.

CHQ Editor George Rasley is a certified rifle and pistol instructor, a Glock ® certified pistol armorer and a veteran of over 300 political campaigns, including every Republican presidential campaign from 1976 to 2008. He served as lead advance representative for Governor Sarah Palin in 2008 and has served as a staff member, consultant or advance representative for some of America’s most recognized conservative Republican political figures, including President Ronald Reagan and Jack Kemp. He served in policy and communications positions on the House and Senate staff, and during the George H.W. Bush administration he served on the White House staff of Vice President Dan Quayle.