Full Court Press against Rep. Matt Shea from what Harry Truman called ‘The 2nd Worst Newspaper in the US,’ The Spokesman Review – Not much has changed: Rob Chase 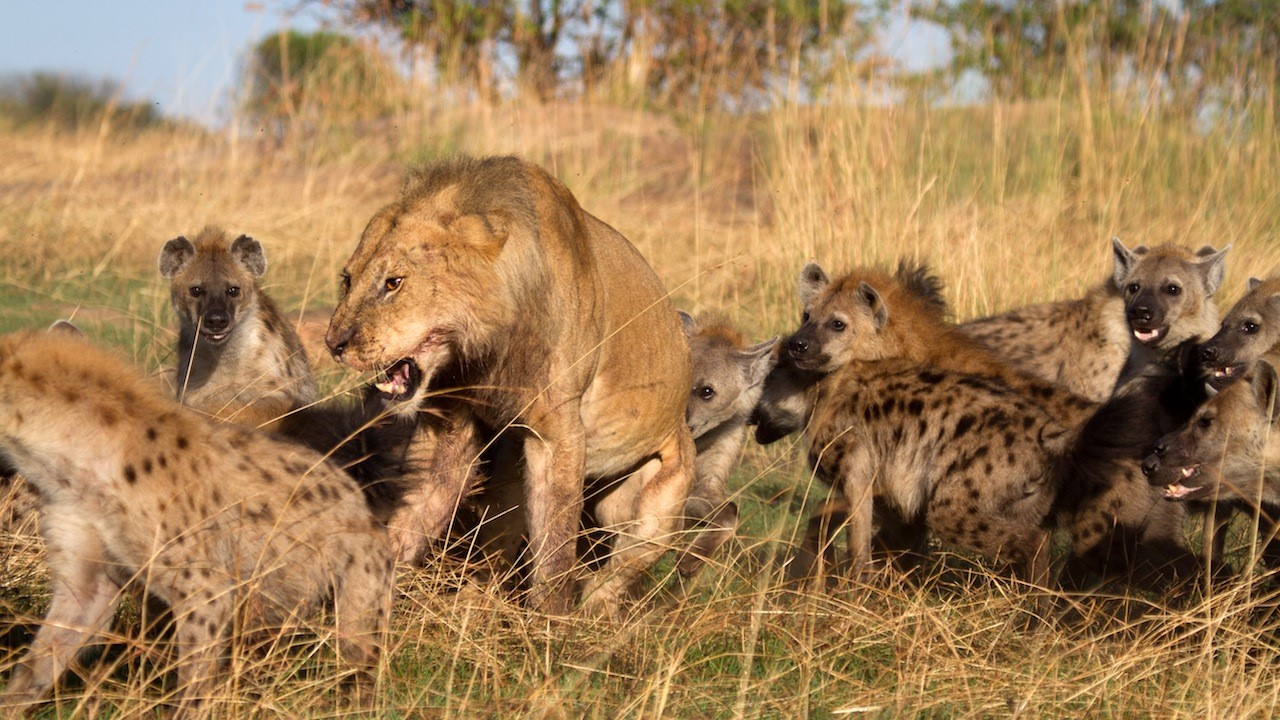 Full Court Press against Rep. Matt Shea from what Harry Truman called ‘The 2nd Worst Newspaper in the US,’ The Spokesman Review – Not much has changed: Rob Chase

Representative Matt Shea is under attack again. This time the head of the spear is Shea-hater Chad Sokol of the Spokesman Review. What is different this time is they are actively recruiting powerful allies in the hopes of getting Matt to resign. They can’t beat this popularly elected Representative at the polls, so they are putting on the Full Court Press to get Olympia to do it for them. They need public approval for this though. Joseph Goebbels advised to keep repeating the same lie over and over again and it will believed. They are building a straw man to attack with lies, innuendo, and selective reporting.

August 21st – Shawn Vestal: “It’s up to Matt Shea’s voters to do the right thing – and they haven’t done it yet”

August 18th – Chad Sokol: “More from the Matt Shea files: GPS trackers, a ‘provisional government’ and a hunt for moles”

Their charges are racism, hate, extremism and not allowing Matt to control him as they control other elected officials in Spokane County. They can’t count on him like they can Mayor Condon, City Council President Ben Stuckart, Councilman Breann Beggs, Commissioner Mary Kuney, Sheriff Ozzie Knezovich, and Police Chief Craig Meidel etc.  A mixture of far Left Democrats and Moderate Republicans. This is easy for them because Matt is as politically extreme Right as the Founding Fathers.

Speaking of Mary Kuney, my County Commissioner opponent from last year, she referred to me as an Extremist Ideologue. Republican Barry Goldwater said “Extremism in the defense of liberty is no vice.” And what is wrong with being an ideologue? Isn’t an ideologue a person who has an ideology? My ideology is the same as Matt Shea’s, to follow the ideas of the Founding Fathers who were geniuses.

Matt Shea studies history, as should we all. We don’t want to repeat the mistake of the past. Since nearly all persecution of civilians, especially Christians, has come from the Left in recent Centuries, Matt is well read on the historical facts of the political Left getting the upper hand and murdering in the millions the people they were supposed to be serving. As a soldier he understands it will always be his duty to protect the innocent, even when he is out of uniform.

Matt heard tales of British tyranny from his Irish ancestors. His wife Viktoriya is Ukrainian, and a few years ago he toured the killing fields of the Ukraine with her relatives. As an Army Captain in Bosnia Matt witnessed the internment of thousands of bodies of civilians executed by their captors. 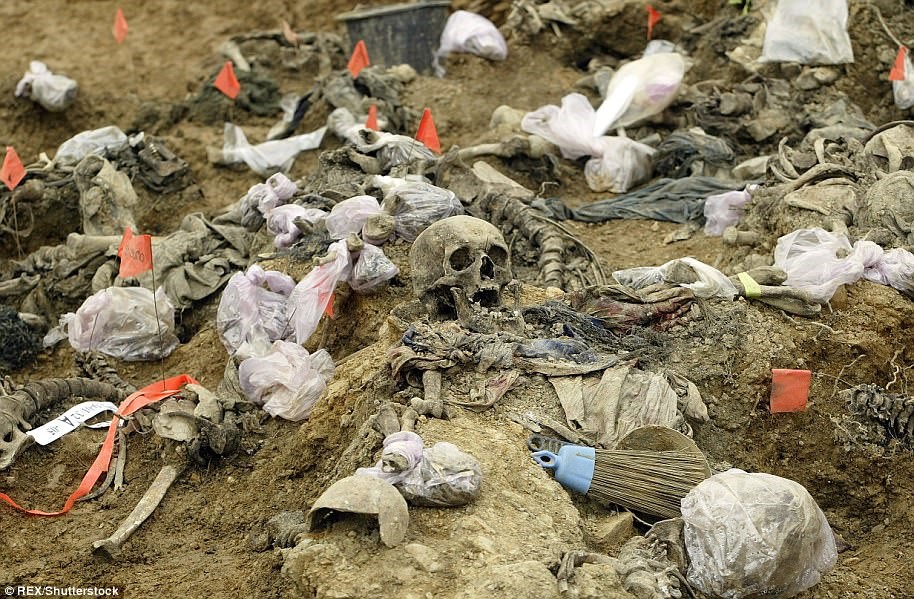 Very few of us have witnessed the atrocities of War to Civilians, but it has left its mark on those who have. None of these victims, from Armenians to Vietnamese, would have guessed at their fate only a few years before their murders. Could the same thing happen in America? I can say the divisiveness has been growing by leaps and bounds these last few years.

If nothing else the Spokesman Review’s most recent demonization of Rep. Matt Shea and his fellow Conservative Christians causes us to have conversations about how to defend ourselves.

It starts out small and then it grows. It started out small with older Republicans, wearing MAGA Hats for Trump, getting beaten with collapsible rods by Antifa youths wearing masks and donned in black, when they were lawfully marching in support of Trump. Along with that comes a growing demonization of Christians who take Christianity seriously. Matt’s detractors are mostly non-believers or Christian lite. I doubt most of them ever frequently attended Sunday school or had a serious Bible Study.

Spokesman Review reporters took exception to Matt having a Bible Study on Old Testament War. Although the entire leaked script was an outline for a serious Bible Study on Old Testament Warfare, the Press created the name, “The Shea Manifesto,” and made it into something it wasn’t. I wish I could have attended. There were many excellent concepts in it (avoid bloodshed if possible, no scorched earth or Sherman’s March to the Sea, small standing army, tyranny is not a lawful form of government). 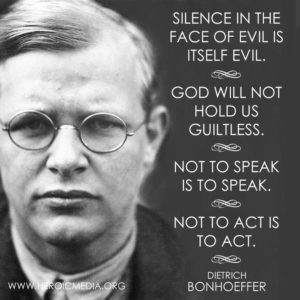 Christian Pastor and dissident against the Nazis in Germany, Dietrich Bonhoeffer said, “Silence in the face of evil is itself evil.” He was hung by his Guards on the last day of the War in 1945 because he was not silent.

Instead of just asking The Southern Poverty Law Center, Sheriff Knezovich, Jay Pounder, and Tanner Rowe about Matt, maybe the S/R should interview Pastor Alex Kaprian of the Slavic Baptist Church who knows Matt very well. Alex was persecuted not only by his fellow students in the Ukraine while growing up, but also by his teachers. I heard him say that you never understand how important liberty is until you lose it.

Matt has done nothing unlawful or illegal. The charges of white supremacy and hate and racism are all innuendo. As a serious Christian he understands that racism is sinful and pride was the sin of Lucifer. All Matt is guilty of is winning his campaigns and refusing to speak to the Spokesman Review. I was his first Campaign Manager and was there when it all got started. I was with him at his first meeting with the Spokesman Review Opinion Board. As we entered the room it was all glares. (In 2014 a retired Spokesman Review reporter told me that the Opinion Board “was pretty much just Stacy Cowles.”

Shea earned his law degree in 2006, and has handled personal injury cases for a year at Keith S. Douglass and Associates. Shea also works for the Alliance Defense Fund, in which he said about 1,000 volunteer lawyers defend “family values, religious liberty and sanctity of life.”

He also promotes those issues as executive director and co-founder of the Washington Family Foundation, although his 5 1/2-year marriage ended in a bitter divorce in January. The couple had no children.

Like half of all marriages Matt did start out with a divorce. Matt tried to reconcile but it didn’t work. Although his wife did get a restraining order he had never laid a finger on her in violence. Getting a restraining order has often become a practice by attorneys to try and get a better settlement for their client.

“The Spokesman Review is the 2nd worst paper in the country!” – Harry Truman 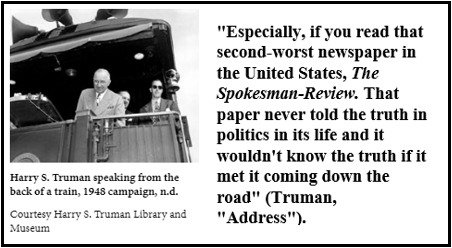 But who needs the Spokesman Review? No one really, and that is why they are dying. The Yellow Journalism attacks on Matt Shea could be their death throes as oxygen to the brain is cutoff. Most of us get our news from the Internet now and Facebook takes the place of Opinion and Letters to the Editor and Events Notification. Most people go to Craig’s List or E-Bay to shop classifieds. I predict Matt Shea will be around a lot longer than the Spokesman Review.

The Spokesman has overplayed their hand. We Christians believe in peaceful protests so I am canceling my subscription to the Spokesman Review and I am standing with Matt.