Are you angry as WA UTC begins to implement the 100% Clean Electricity Law?? 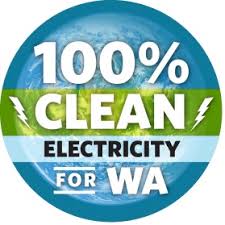 Are you angry as WA UTC begins to implement the 100% Clean Electricity Law??

SB5116 was passed by the Democrat-controlled Washington legislature and Inslee’s urging who are terrified of carbon dioxide from auto and fossil fuel emissions. The Democrats do not seem to know that 98% of carbon dioxide is natural. It is a plant fertilizer and grows their food, so only 2% of emissions from fossil fuels are human caused.

What will result from SB5116 and Washington’s 100% Clean Electricity Law?   Some FAQs.

What is Clean Energy?  No one has ever defined it. Can someone help here? I do not know and I have worked in energy-related matters for a couple of decades. I think it is an intangible thing, a feeling, maybe. If it cannot be defined, then why is the state spending so much effort and money?

— More Than 1000 Citizen Wind Energy Protest Groups: Germany on Path to the Unknown

— Green No More: Germany Is Razing A 12,000-YearOld Forest To Make Way For A Coal Mine

— In Germany, Reality Is Triumphing Over Political Posturing On Climate

— Germany’s Energiewende 4: Electricity: 43.29¢In Chaos: On Brink of Collapse

— Germany’s power market is in chaos, and its grid on the brink of total collapse.

— Failure…Hundreds Of Billions For Nothing As Germany CO2 Reductions Stagnant Almost 10 Years!

The foregoing is an abbreviated version of oral and poster presentations before Citizens Alliance for Property Rights, National Meeting, in Seattle, April, 2019