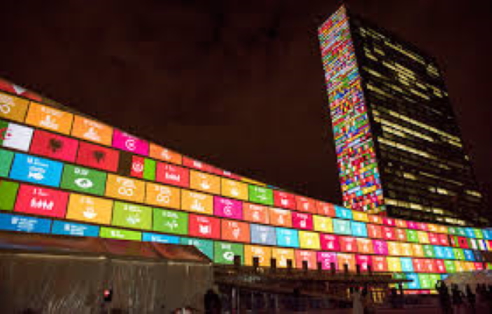 Behaving more and more like the global government it seeks to become, the United Nations has stepped up its attacks against America — especially the growing efforts to protect the Southern border and the lives of unborn children. Even under President Donald Trump, the UN has continued to bark orders at America as if the U.S. government were a mere administrative unit in what globalists describe as “the New World Order.”

In a recent pro-abortion screed, for example, a spokesman for the UN “human rights” apparatus said the global body was “very concerned” about state laws proliferating across the United States that regulate or restrict the killing of pre-born babies. Killing babies is a “human right,” at least according to the UN.

More recently, the leader of the UN’s “refugee” bureaucracy said the agency was “deeply concerned” about policy changes aimed at bringing the mass influx into the United States from Central America under control.

And just last week, a top UN official teamed up with the “fake news” propagandists at CNN to undermine the nuclear family, calling it a “fantasy” that must be attacked by government.

The implications of the globalist UN’s anti-American, anti-life, anti-family, and anti-freedom meddling are enormous. Congress and President Trump must put an end to it — or at least end U.S. taxpayer subsidies for the UN and its growing extremism.

In May, citing a law passed in Alabama aimed at punishing “doctors” who murder unborn children, as well as similar laws being passed in other states, the UN sprang boldly into action. But not to defend life. Instead, among other demands, a UN official publicly urged the U.S. government to intervene to ensure that babies could continue to be slaughtered with impunity across all 50 states.

“We are very concerned that several U.S. states have passed laws severely restricting access to safe abortion for women, including by imposing criminal penalties on the women themselves and on abortion service providers,” complained UN “human rights” spokesman Ravina Shamdasani in an interview with Reuters Television in Geneva.

It is true that black and Hispanic babies in America are far more likely to be brutally dismembered in abortions than European-descent children. But the macabre irony of Shamdasani’s grotesque comments went unmentioned by the pro-abortion establishment media, which treated the UN’s views as praiseworthy.

Apparently oblivious to America’s constitutional system of government limiting federal power and jurisdiction, the UN official went on to call for the U.S. government to intervene against states that are working to protect babies. “We are calling on the United States and all other countries to ensure that women have access to safe abortions,” she said. “At an absolute minimum, in cases of rape, incest and fetal anomaly, there needs to be safe access to abortions.” By “safe,” Shamdasani presumably did not mean for the children slated for destruction.

While Americans have traditionally understood that human beings have an inalienable God-given right to life, globalists in America and beyond have long been seeking to flip the concept of rights upside down. Indeed, the UN and leading Deep State globalists in America are working to define the slaughter of babies as a human right, and efforts to stop the killings as a violation of human rights.

For instance, the global-government-promoting Council on Foreign Relations, a key Deep State tentacle in America, has been a leading promoter of dismembering and murdering unborn babies without legal consequences. In a recent article, two CFR writers argued that killing pre-born children in the womb is a “human right,” thereby illustrating perfectly the disgusting farce that is the globalist vision of “human rights” for all to see.

Globalists seeking to undermine nation-states and self-government are busy working to define migration into the United States and Europe as a “human right,” too. And so, alongside pretending that killing babies is a “human right,” UN officials slammed U.S. authorities for trying to impose limits on massive immigration from Central America by abusing the asylum and refugee process.

“We understand that the U.S. asylum system is under significant strain. And we are ready to play a constructive role if needed in helping alleviate this strain,” said UN High Commissioner for Refugees Filippo Grandi after policy changes announced by the Trump administration that would make it harder to abuse the asylum system. “But we are deeply concerned about this measure. It will put vulnerable families at risk. It will undermine efforts by countries across the region to devise the coherent, collective responses that are needed. This measure is severe and is not the best way forward.”

Of course, the UN has made clear that it intends to flood Western nations with migrants. And the objective has been stated clearly, too. Late UN migration czar Peter Sutherland, a former Goldman Sachs boss, expressed hope that governments would use mass migration to undermine the “illusion” of sovereignty and the “shibboleth” of unique, self-governing nations.

Meanwhile, Castro-loving UN “Human Rights” boss Michelle Bachelet, a socialist who defected to the mass-murdering communist regime in East Germany, praised the “squad” of fringe leftwing congresswomen famous for hating America and Trump. “I believe that those four women are fantastic,” she said, describing them as “bright” and celebrating their alleged courage to “to say what they think.” Then she rambled on with comments implying that Donald Trump was a racist madman.

Finally, in a screed published this week by the world’s most infamous purveyor of fake news (CNN), “UN Women” boss Phumzile Mlambo-Ngcuka demanded a range of policies designed to destroy the nuclear family. Among other demands, the fringe communist activist serving as UN under-secretary-general called for all nations to adopt no-fault divorce laws and redefine “marriage” to include homosexuals. She blasted the “fantasy” of the nuclear family, too.

The New American has for years been documenting the UN’s growing assault on America’s independence and the God-given rights of all Americans. These attacks include brazen efforts to destroy gun rights, free speech, due process, self-government, federalism, and much more. The UN’s vision of human rights for the world is exactly the opposite of the views held by America’s Founding Fathers that produced the greatest and freest nation in history — not to mention the moral code outlined in the Bible that is at the core of Western civilization. Enough is enough.

President Trump has already withdrawn from a growing array of UN bodies, including the disgraced and discredited UN “Human Rights” Council and UNESCO. However, the increasing extremism of the UN’s war against faith, family, freedom, and America will not stop unless and until the United States defunds and withdraws from the entire UN monster. A bill to do just that — H.R. 204, the American Sovereignty Restoration Act — is currently sitting in the House Foreign Affairs Committee. Americans must keep pressuring Congress to pass it. Trump could play a key role. But he needs to hear from you.

Alex Newman is a correspondent for The New American who covers a broad range of topics. He can be reached at anewman@thenewamerican.com or through Liberty Sentinel Media. Follow him on Twitter @ALEXNEWMAN_JOU or on Facebook.

Pro-life “Heartbeat” Bills Seek to Rein In Abortion Across U.S.