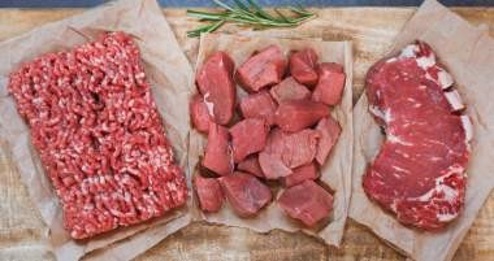 Because the agricultural industry is considered both cruel to animals and a menace to the climate, some European nations — most notably Germany — are considering levying a so-called “sin tax,” similar to taxes on cigarettes and alcohol, on red meat. Proponents believe the tax will encourage more people to switch to poultry and plant-based proteins.

Environmentalists, animal-rights activists and climate hysterics have been pushing the idea for a few years, but now, at least in Western Europe, some governments are seriously considering taxing consumers for the privilege of purchasing red meat. A report by Fitch Solutions Macro Research, a European market research company, outlines the trend, which they say echoes another irrational taxation trend — taxes on sugar and soft drinks.

“The global rise of sugar taxes makes it easy to envisage a similar wave of regulatory measures targeting the meat industry,” Fitch Solutions said, adding, “It is highly unlikely that a tax would be implemented anytime soon in the United States or Brazil.”

Advocates of such taxes say they will promote more healthy lifestyles, since some studies have linked eating too much red, particularly processed meat, to an increase in health problems such as heart disease and cancer. In addition, proponents hope to improve living conditions for livestock and cut down on CO2 emissions, which some believe is causing global warming.

German politicians from the Social Democrat (SPD) and Green parties are on record as being for a large increase in the Value Added Tax (VAT) on meat. Currently, meat and all foodstuffs in Germany are taxed at seven percent. Proponents of a new VAT are looking to nearly triple the tax on red meat.

“I am in favor of abolishing the VAT reduction for meat and earmarking it for more animal welfare,” said Friedrich Ostendorf, an agricultural policy spokesperson for the Greens.

SPD spokesman Rainer Speiging stated, “A meat tax, such as increasing the VAT to 19%, could be a way forward.”

A Funke Media Group poll suggests the German citizens back the measure, with 56.4% of those polled in favor. More than a third of those polled had a “very positive” opinion of the proposed tax increase. Eighty-two percent of Green Party members supported the measure.

The already-struggling German meat industry would be severely affected by the new tax. Production in the industry has already dropped by 5.2 percent in the past five years, with pork production dropping by 6.4 percent.

Despite the measure’s supposed popularity, Angela Merkel’s Christian Democrats and the current ruling coalition are adamantly opposed to any new taxes at this time. Opponents argue that consumers would be footing the bill, rather than the producers.

And that’s exactly what the climate hysterics and animal-rights activists want. They want the price to be so high for meat that consumers will seek out other protein options. They want to social-engineer eating meat out of existence.

Meanwhile, across the English Channel, one university in Great Britain has decided to not sell any red meat on campus. Goldsmiths, University of London made the announcement on Monday. The no-meat policy is part of Goldsmiths’ push to be “carbon neutral” by 2025.

All of this nonsense comes in the wake of a new United Nations Intergovernmental Panel on Climate Change (IPCC) report released last week. The report calls for humanity to vastly decrease the amount of meat we eat in order to help forestall the ginned-up menace of anthropogenic climate change.

In mentioning that the people of the world should eat less meat, one of that study’s lead authors, Hans-Otto Pörtner of the Alfred Wegener Center for Polar and Marine Research and the co-chair of IPCC Working Group 2, even suggested that the governments of the world should “create appropriate incentives to that effect.”

But Pörtner wasn’t talking about the governments of the world giving out gold stars should you eat less meat. He was talking about exactly what is being considered in Germany — onerous taxation on a food staple. That’s not an incentive. It’s a punishment.

James Murphy is a freelance journalist who writes on a variety of subjects with a primary focus on the ongoing climate-change hoax and cultural issues. He can be reached at jcmurphyABR@mail.com