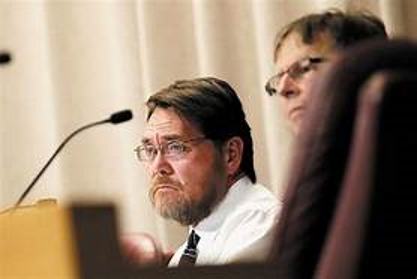 So Mike Fagan will no longer be on City Council for Spokane. That is a shame because you could never find a more dedicated, hardworking, and thoughtful Council member than Mike. I first met Mike 20 years ago when I got involved in politics when he was working with his Dad and Tim Eyman in signature gathering for initiatives. Over 20 years this trio saved Washington State Taxpayers over $8 Billion.

Mike didn’t lose because he was deficient in any area. He lost because he couldn’t be controlled by The Powers That Be (TPTB). For the local elite, who want an elected that can be controlled, Mike Fagan did not pass muster. Of course, it would have been a tough race against Breean Beggs if Mike had made it past the Primary, since Breann has a huge following on the Left within the City, but Mike might have made greater inroads with the squishy middle in voting as a backlash is starting to form against the current Council. As I mentioned in my previous article ‘Three Dimensional Political Chessboard’  there are three players in American politics, the Left, the Right, and the Elite. You can also throw in a 4th player and that is the ignorant voters who turn out in large numbers. An ignorant voter (and I was one myself for a long time) will be easily swayed by the number of signs, political ads that leave a subliminal message, and a Press that is sycophant to TPTB. This all takes money which the Elite roll in.

Mike was mostly done in by the Left, which is fair game, they want tax dollars thrown at their causes. John Marshall said “The power to tax is the power to destroy.” Seattle is dying and Spokane is dying too, even though tax revenues are setting records. Breann Beggs is a powerful opponent and prevailed over the accomplished Andy Dunau in 2017. Both he and Mike have the knowledge to run the Council, but Cindy Wendle doesn’t. The artificial persons of the Left will come to Breann’s aid before the General Election, and I expect Breann will overcome Cindy.

What tipped the scales against Mike was the huge amount of money thrown Cindy Wendle’s way by the local Republican elite. I had never heard of her until a couple of months ago. Mike was a Republican Precinct Committee Officer, District Leader, and the main Republican face in Spokane before Dave Condon. Mayor John Talbot was a good man too but the elite took him out with John Powers (Mayor who?) If our local elitists lived in King County they would all be posing as Democrats instead of Republicans.

Let’s face it. Even though Municipal offices are non-partisan everyone knows which Party is behind which candidate. The Republican Party tries to project the image that they own the idealistic ground, while being realistic, but what they want are volunteers to carry water for their elitist picks. Not that one can’t be a successful Republican Candidate and make a good living. You just have to follow orders from TPTB. A little fib here and there thrown in with some rent seeking for big guys, and condemning Matt Shea for whatever, and you can do okay.

Actually, the Elite are Mercantilists. They have been around forever. They are the real Domestic Terrorists. We have a duty to help the helpless (not at the Federal Level though) but I am against spending taxes on social welfare. At the same time our spending on social welfare pales in comparison to our spending on Corporate Welfare. Who caused the crash of 2008? Mostly the Big Banks. Who got bailed out? Mostly the Big Banks. They mostly own the Elected and the Mainstream Press. They have also come to own the Internet too.

The Elite exist at the local level too. They can’t exceed the $2000 limit in direct Campaign Contributions. But they can get around it with indirect contributions. I know because Avista made a $100,000 indirect contribution to my Commissioner opponent Mary Kuney last year. That is 4X what I raised in total, all from natural persons, for my Campaign. Mary also raised another $97,000 from mostly artificial persons. It was pretty sure after the Primary that Mary would win. She didn’t need Avista’s 100K. Avista knew that but went forward with the gift as an example to others not to mess with them. It all comes from ratepayers, even the $’s being put into Avista’s Marketing Campaign to clean up their image after trying to pull a fast one with Hydro One.

Thus, I support an Amendment to overturn the Citizens United Supreme Court decision that allows this. Money is not free speech. Commissioner Al French bragged to me he recruited Mary Kuney to run against me for Treasurer in 2014, because I had spoken to a group from Spokane Moves to Amend the Constitution, who are trying to overturn Citizens United. In the 2014 Primary I raised $7,000 against Mary’s $36,000. I won the Primary with 40% against Mary’s 24% and Democrat Amy Biviano’s 36%. Mary was eliminated in the Primary. I defeated Amy in the General with 56%. They both out spent me but not egregiously so.

In 2018 the local Elite were not taking any chances. In our Commissioner’s race I was outspent 8 – 1 by Mary, and the Sheriff unleashed his massive political machine against me. After spearheading legislation that allowed partial payments of any amount at any time on property taxes, bringing cutting edge operations and technology to the Treasurer’s Office under my supervision, and being the only elected Official to stand up publicly to Avista, I only received 39%. As Kurt Vonnegut Jr. would say, “So it goes.”

So Mike don’t give up. One door closes and another opens. Join me in working for a 51st State of Eastern Washington that may find a way to nullify Citizens United and level the playing field. I know you like challenges and this a huge one, but I believe it can be done. It has to be done to save our Constitutional Republic, lest we become a banana republic like the others.