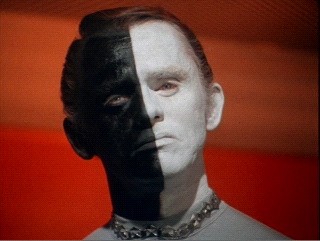 Do not leak this! Let a liberal, a progressive, a Democrat even, an Antifa warrior, or a member of Valley Indivisible Progressives read this article then hold your ears as they shout their latest battle cry – RACIST!

Never mind that I am married – 45 years – to a brown-skinned Vietnamese person of color (a legal immigrant). I am not alone: a conservative Vietnamese legal immigrant in California’s 47th Congressional District (amyphanwestforcongress.com) is running for Congress in 2020. Her white husband has been accused of being a KKK member and her, herself, a brown-skinned person of color and was attacked on reddit.com for being a white supremacist. Never mind that as a Spokane Valley City Councilman I helped draft and sponsor our City’s non-discrimination resolution, Resolution 17-008, in 2017. This resolution clearly and strongly affirms our City’s intention to continue enforcing Washington State law, RCW 49.60.010 and RCW 49.60.030 which outlaws discrimination of any kind based on race, creed, color, and national origin among other things. The Resolution’s concluding statement says that “The City Council desires to make clear that the City of Spokane Valley is a city that strives in all instances and through all actions to be an inclusive City, where discrimination of any form is not and shall not be tolerated, where laws apply equally to all citizens, and where all individuals, families, and businesses are welcome so that they may flourish and prosper within its boundaries.”

Other than the fact that I am a conservative, Christian, Republican/Libertarian activist why will liberal/progressive fanatics attack me with cries of RACIST? Because in this article I quote from Southern American writer William Faulkner’s classic Civil War era novel The Unvanquished. Here it is:  “But now it was that urgent even though Ringo [black kid] was a nigger too, because Ringo and I [white kid] had been born in the same month and had both fed at the same breast and had slept together and eaten together for so long that Ringo [black kid] called Granny [white lady] ‘Granny’ just like I [white kid] did, until maybe he [black kid] wasn’t a nigger anymore or maybe I [white kid] wasn’t a white boy anymore…” There, I did it – I quoted the “forbidden word.” So, liberal/progressive political correctness police go ahead and label me, condemn me, send Antifa thugs after me. Some Sunday when I am preaching from a Lutheran pulpit, stand in the church doorway and shout me down with cries of RACIST! Recently, the Wall Street Journal, 8/26/19 reported in an article titled “A Forbidden Word’s Lost Lesson” that “A professor [at New York’s New School] is under investigation for accurately quoting James Baldwin.” Baldwin, an African American writer, wrote a piece using the “forbidden word.” Liberal/progressive fanatics typically substitute the “forbidden word” with “negro” when quoting him. The under-fire professor simply quoted Baldwin accurately – as he originally intended. Hence the condemnation – RACIST!

Similarly, liberal/progressive fanatics accuse President Trump with frantic cries of RACIST along with similar sins like white supremacist and white nationalist. Washington State Governor Jay Inslee said during the July 2019 Democratic presidential primary debate that “We can no longer allow a white nationalist in the white house.” (quoted by foxnews.com 8/21/19). I supported President Trump almost from the beginning of his campaign (I still do!). My Vietnamese brother-in-law and sister-in-law, legal immigrants and brown-skinned people of color, enthusiastically support President Trump as does my Vietnamese wife and her 80 year old Vietnamese cousin. I gave the opening invocation at the Spokane Trump Rally in 2016. Through all this I listened carefully to Donald Trump’s words and the words and actions of local Trump supporters: I never heard or saw anything that would hint of a reasonable person’s definition of racism or its associated terms. Our local Washington State Representative Matt Shea (R – Spokane Valley) receives similar charges from the left, mainstream media, and liberal/progressive fanatics. Mainstream media have been reporting about Shea’s alleged “divisive, radical, extreme, etc.” beliefs. I have known Shea and his legal-immigrant wife since 2013.  I have campaigned with him, talked with him one-on-one over coffee and lunches, participated in political strategy meetings with him and large political events and social events with him and his wife. I never heard Matt or any of his associates even hint of advocating racism, or white nationalism. Matt posted on Facebook, November 2nd, according to KREM2 news, that “I have consistently and unequivocally condemned racism, anti-Semitism and white nationalism and do so again here and now. Not only are these ideas antithetical to my political beliefs, they are in deep opposition to my faith in Jesus Christ and His love.” I enthusiastically support Rep. Matt Shea and President Trump and will vote for them again. According to the definition of “racism” in the Merriam-Webster online dictionary, neither Rep. Shea or President Trump or me deserve the charge of RACIST: “racism: a belief that race is the primary determinant of human traits and capacities and that racial differences produce an inherent superiority of a particular race; a doctrine or political program based on the assumption of racism and designed to execute its principles…” We are not racist!

As a conservative, bible-believing Lutheran pastor I feel called to conclude with some thoughts on how the Bible condemns racism. But first, if you don’t understand the Bible literally and if you don’t believe it is God’s inerrant, infallible Word, this condemnation temporarily does not apply to you. While living on this earth, non-believers are free to be racist, white nationalist, or whatever. God will patiently tolerate you while waiting to condemn you when he judges all humans, living and dead. The Bible warns us in Revelation 14:7 to “…fear God, and give glory to Him, for the hour of His judgment has come.” (NKJV). The Bible says God will raise the dead and gather the living for a final judgment. All people will answer for their sins, including the sins of racism and white nationalism as well as the sin of unbelief. God tells us in 2 Corinthians 5:10, “For we must all appear before the judgment seat of Christ, that each one may receive the things done in the body, according to what he has done, whether good or bad.” (NKJV). So, why is racism bad? First all humans are biological kin. The Bible says in Genesis 1:27 “So God created man in His own image; in the image of God He created them; male and female He created them.”

The human family started with one pair – a male and a female – both equally made by God in God’s image. God told them to be fruitful, multiply, and fill the earth with humans. We all, regardless of race, creed, or country descended from these two: “And Adam called his wife’s name Eve, because she was the mother of all living.” (Genesis 3:20). So, we are all related. There is no excuse for racism or white nationalism or any other race-based nationalism. But, for those who don’t believe what God says in the Bible it doesn’t matter. For those who think life randomly sprang up from inanimate matter in multiple random locations and then evolved into the primates known as humans, it could be that different sets of humans – distinguished by evolved racial differences – are “superior” to others.

Non-believers, then can justify racism without guilt. Christians, on the other hand, at least those of us who understand the Bible literally as God’s inerrant, infallible Word, cannot hold or condone racist or white nationalist beliefs. In addition to the Bible clearly saying all humans descended from one male/female pair, Jesus, our Lord and Savior, condemns racism. Jesus gave His Great Commandment which includes, “…you shall love your neighbor as yourself.” (Matthew 22:39 (NKJV). He makes it clear that your neighbor is anyone regardless of where they live or where they came from. Rep. Matt Shea summed up the Bible’s condemnation of racism perfectly: “…they are in deep opposition to my faith in Jesus Christ and His love.”

Again, please don’t leak this article: it will cause the liberal/progressive/Antifa/Valley Indivisible Progressives to burn with white-hot fury that I quoted a writer who used the “forbidden word.” Additionally, they will hate me for saying the Bible condemns racism.

RACIST! No, not me. Not President Trump. Not State Representative Matt Shea (R – Spokane Valley). Not any believer who takes the Bible literally as God’s inerrant, infallible Word.