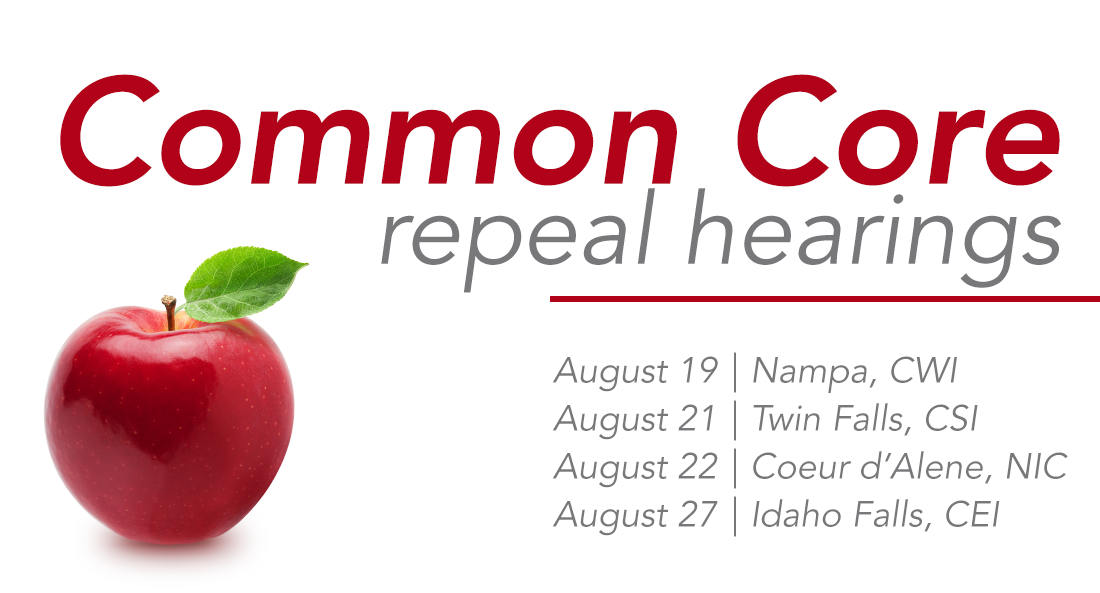 Some long-overdue public hearings and discussions regarding Idaho’s education standards are coming your way. Hundreds of Idahoans asked the State Board of Education to open a discussion on Idaho’s decision, nine years ago, to adopt Common Core. (Though revised a bit in 2017, much of the troublesome standards remains). As a result, the petitioners got their wish.

The State Board of Education has scheduled public hearings on Common Core to start this month. The board is reviewing the rules that govern what constitutes a thorough public education, and these hearings are part of that process.

There are many reasons to oppose Common Core, which, we hope, will be exposed to sunlight during the hearings. Most of the reasons fall into one of several buckets:

For what it’s worth, the Idaho Freedom Foundation and our allies have called on the State Board of Education to add two more hearings to its schedule. But the agency, so far, has settled on just four. Here’s hoping the SBOE will reconsider that decision, as the current schedule is incredibly burdensome for rural Idahoans, requiring hours of driving for people living in places like Grangeville, Stanley, and Bonners Ferry.

The hearings start at 6 p.m. local time on each of the dates below:

State officials need to hear from parents, teachers, students, school board members, and any other concerned Idaho residents. Hopefully, the State Board of Education will be encouraged to follow the lead of other states, including most recently Georgia and Florida, in ditching the standards. If not, it will be up to the Legislature to toss the standards in 2020. It will be able to that as part of a larger task next winter to reexamine the state’s regulatory code, of which Common Core is a component.

Wayne Hoffman is President of the Idaho Freedom Foundation