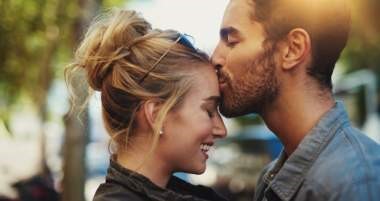 The American Bar Association (ABA) will be voting on a resolution that would urge state legislatures to adopt the controversial “affirmative consent” as the criminal definition of sexual consent at its annual meeting this week. Such a resolution is not merely symbolic, as the ABA sets academic standards for law schools and recommends legislation, prompting concerns from some legal experts.

RESOLVED, That the American Bar Association urges legislatures and courts to define consent in sexual assault cases as the assent of a person who is competent to give consent to engage in a specific act of sexual penetration, oral sex, or sexual contact, to provide that consent is expressed by words or action in the context of all the circumstances, and to reject any requirement that sexual assault victims have a legal burden of verbal or physical resistance.

Critics are troubled by the resolution. Samantha Harris of the Foundation for Individual Rights in Education asserts that the resolution virtually assumes all sex is nonconsensual unless consent can be proven. Legally, this would mean the burden of proof would fall on the accused. As observed by the Daily Wire, this is exceptional within the American legal system, as “no other crime requires the defense to prove a negative.”

Harris contends it would be “disastrous for due process” if the ABA passes the resolution.

The National Association of Criminal Defense Lawyers has also raised issue with the resolution. “NACDL opposes ABA Resolution 114 because it shifts the burden of proof by requiring an accused person to prove affirmative consent to each sexual act rather than requiring the prosecution to prove lack of consent,” the group wrote. “The resolution assumes guilt in the absence of any evidence regarding consent. This radical change in the law would violate the Due Process Clause of the Fifth and Fourteenth Amendments and the Presumption of Innocence.”

According to criminal defense lawyer Scott Greenfield, this flipping of the burden of proof creates another legal quandary. He writes,

Some colleges have taken “affirmative consent” policies so far as to classify kissing as sexual activity that can constitute sexual assault. Many of these policies have deemed non-verbal cues such as leaning forward opening one’s mouth, etc., as inadequate to affirm consent. And adding to the confusion, college student codes of sexual conduct differ from campus to campus, Time magazine observed in 2014.

Predictably, the “affirmative consent” standard has resulted in a number of due process lawsuits from individuals wrongly accused of sexual misconduct.

Legal experts have taken issue with the standard as it criminalizes romantic touching and non-violent sex in the absence of affirmative consent in advance and fails to appropriately determine how accused persons can defend themselves. In 2015, the American Law Institute debated adopting the standard as a new section of the model penal code — noted by the Washington Examiner as “a highly influential document that has been adopted in whole or in part by many states’ legislatures — but concerns over the burden of proof and the documentation of true consent forced the group to table discussions.” It was revisited in 2016 and again in 2017, but received strong backlash within the organization. By 2018, it was no longer an agenda item for the Institute.

Yet the American Bar Association commission cited the American Law Institute proposal at length to justify its proposal, despite the fact that ALI’s proposal failed when it became clear it was not legally viable.

Greenfield contends that at the core of ABA’s proposal is hatred for men. “There’s no reason to remind the ABA that this gibberish resolution will result in the conviction of innocent men. That’s just the price of believing the woman, and they are totally willing to pay that price with other, innocent men’s lives,” he wrote in a blog post.