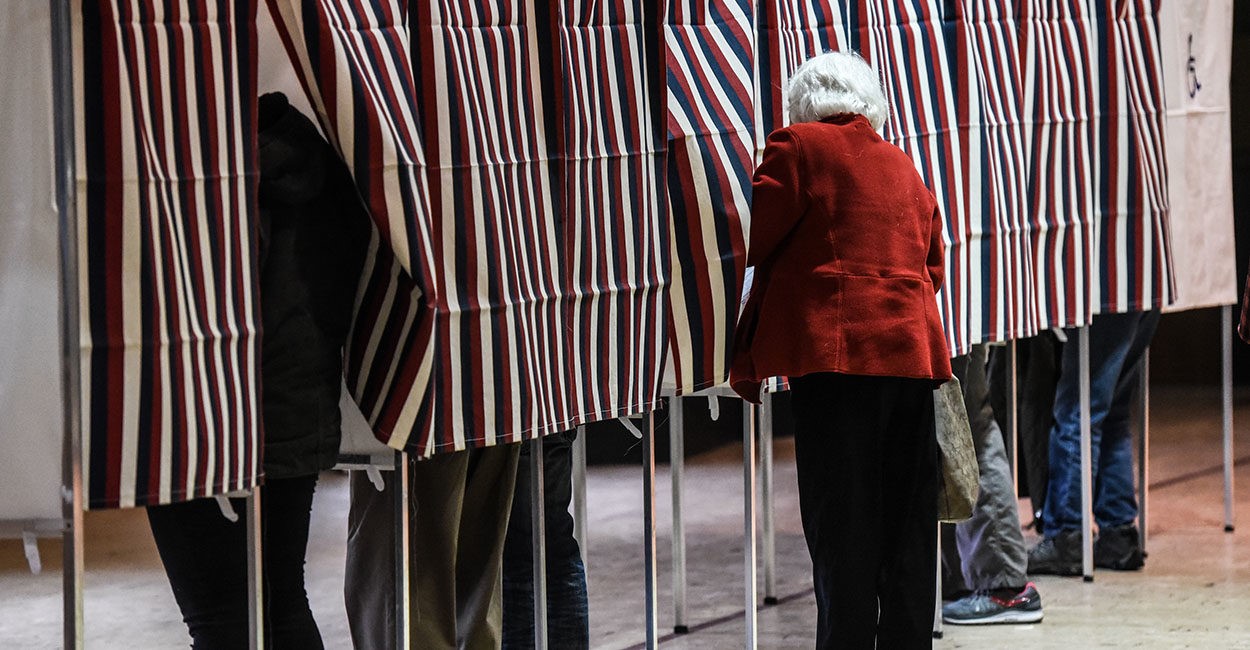 Opponents of election integrity lost the latest in a long string of cases recently when a three-judge panel of the 8th U.S. Circuit Court of Appeals reinstated North Dakota’s voter ID requirement and tossed out an injunction that had been issued by a lower court.

In Brakebill v. Jaeger, Judge Steven Colloton, writing for the 2-to-1 majority, concluded that the supposed burden of obtaining an ID by the less than 0.5% of all eligible voters who do not already have one did not justify a statewide injunction that prevented the state from implementing the ID requirement.

North Dakota is the only state in the Union that does not require citizens to register to vote.

You can show up on Election Day and vote in North Dakota—as long you show identification.

The state Legislature passed a series of laws delineating the forms of identification that could be used to vote.

Effective Aug. 1, 2017, North Dakota required either a driver’s license, a non-driver’s identification card issued by the state Department of Motor Vehicles, or an “official form of identification issued by a tribal government to a tribal member residing in the state.”

The law requires the ID to provide the voter’s legal name, current residential address, and date of birth.

However, if a voter’s ID is missing any of those three items, the voter will still be able to cast a ballot if he provides the missing information with a current utility bill, bank statement, paycheck, or a check or other document issued by a federal, state, or local government agency.

Voters have up to six days after the election to present an acceptable ID or supplemental documents. Despite the fact that the lower court thought this provision would not be understood by the average voter, the appeals court noted that there was “no evidence of voter confusion over this provision.”

Six members of the Turtle Mountain Band of Chippewa Indians sued, claiming that the ID requirement restricted the ability of tribal members to register and exercise their right to vote, in violation of the U.S. Constitution, state law, and Section 2 of the Voting Rights Act of 1965.

The tribal members argued that “Native Americans often live on reservations or in other rural areas where people do not have street addresses; even if they do … those addresses are frequently not included on tribal IDs. Moreover … Native Americans in North Dakota are ‘disproportionately homeless.’”

Although it should be pointed out that all six of these plaintiffs actually have residential addresses.

A “residential street address furthers North Dakota’s legitimate interest in preventing voter fraud and safeguarding voter confidence, so unlike a poll tax, it is not invidiously ‘unrelated to voter qualifications.’”

The number of North Dakotans, just like the residents of other states, who already possess a photo ID is overwhelming. The court found that less than 0.5% of eligible voters in the state do not already have an ID or the supplemental documents that can be used to meet the ID requirement.

More importantly, the plaintiffs in the case presented no evidence whatsoever to detail how many of these “voters attempted to obtain a supplemental document and were unsuccessful.”

It was clear to the court that the state ID law did not place “a substantial burden on most North Dakota voters.” Thus, a “statewide injunction” was “unwarranted.”

The clamor around mythical claims of “voter suppression” over legislation like North Dakota’s ID requirement is misguided.

Such laws are designed and intended to shore up current deficiencies in the electoral system.

As pointed out in a recent study by the National Bureau of Economic Research, voter ID laws have no discernible effect on reducing the turnout of voters. Over the period 2008 to 2016, the researchers concluded that voter ID “laws have no negative effect on registration or turnout, overall or for any group defined by race, gender, age, or party affiliation.”

The purpose of North Dakota’s election laws is rooted in a desire to promote election integrity. Far from being a trivial concern, election fraud has been and continues to be an unfortunate part of American elections, as can be seen in The Heritage Foundation’s election fraud database.

Although election integrity measures such as voter ID requirements are often presented as a partisan issue, they should not be. Everyone has an interest in fair and secure elections.

As noted in a 2005 study by the Commission of Federal Election Reform, headed by former President Jimmy Carter and Secretary of State James Baker:

“The electoral system cannot inspire public confidence if no safeguards exist to deter or detect fraud or to confirm the identity of voters. Photo IDs currently are needed to board a plane, enter federal buildings, and cash a check. Voting is equally important.”

Hans von Spakovsky is an authority on a wide range of issues—including civil rights, civil justice, the First Amendment, immigration, the rule of law and government reform—as a senior legal fellow in The Heritage Foundation’s Edwin Meese III Center for Legal and Judicial Studies and manager of the think tank’s Election Law Reform Initiative. Read his research.

Greg Walsh is a member of the Young Leaders Program at The Heritage Foundation.