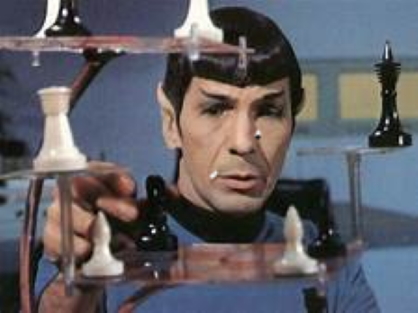 I have been thinking much about local politics this week with the races In Spokane County. In this odd numbered year it is mostly City Council races that attract our attention. But first, let me present the three dimensions of American politics as I see them.

First, there are the Social Justice Warriors (SJWs). They are mostly on the Left. If Jesus was around today they think He would agree with them. They think he was “a very good man.” No matter that C.S. Lewis logically proved the historical Jesus could only have been Lord, liar, or lunatic. He is pretty good for SJW’s if He just sticks to Sermon on the Mount type stuff. Although Jesus said the poor we would have with us always, the SJW’s think they can improve the situation with a Universal Basic Income and Single Payer Healthcare. They think that there should be a great leveling of mankind, as flat as a CO-EXIST bumper sticker, except of course for Bill Gates with his free population control endowments, and Mark Zuckerberg who bans Right Wing Nuts from Facebook. The Koch brothers need to be leveled or worse. I haven’t heard any protests from the Left about their ownership of social media except for the admirable Tulsi Gabbard.

To be fair, many of them have worked for government services and charities that dispense tax revenue back to where our elected officials believe they will do the most good. In those capacities they have seen a dark side to humanity that many of us try to isolate ourselves from. But for many of them who have a secular faith, Government has become their god. Government makes the top down decisions, provides sustenance for us, and deals out mercy and justice. I remember reading an author who said words to the effect that socialism starts out well with lofty ideals and before you know it you are beating the Czar’s daughters to death with your rifle butt.

Second, there are the libertarians (lower case L so as not to be confused with the Libertarian Party, which is only a subset of this crowd). Libertarians (drat! I do have to capitalize it sometimes) believe in Voluntarism. We do need to take care of the poor but not loafers. If we feel so compelled we can give them money directly hand to hand and skip a wasteful bureaucratic middle man.

Although not all libertarians are Christians, many do believe that truth is an absolute in the Judeo-Christian tradition that has so permeated Western Civilization for millennia. Jesus told the Rich Young Ruler to give away his fortune and follow Him. That was a bridge too far for the young guy and he took a hike. A Social Justice Jesus would have sent His disciples after him to shake him down. One does not receive eternal rewards from paying taxes, but rather by free will offerings. Saving faith is accompanied by good works James tells us.

Third, there are TPTB (The Powers That Be). The guys with the money. The Establishment if you will. Dog eat dog Darwinism rules. They are the 1/10th of 1%, so numerically they don’t have a lot of votes, but they do have the $’s to influence the ignorant voters who comprise the vast majority. It often depends on who has the best marketing company, and how many signs and ads he can buy. The Newspapers are also part of the Big Club. Gone are the days of the crusading journalist unless you go to the Internet. A newspaper can make any candidate look like Heaven or Hell.

You could have the best candidate in the World, and if he doesn’t have the big bucks it is about as difficult as a camel passing through the eye of a needle. If he is a good candidate, he will want to serve the people, but if he doesn’t kowtow to TPTB he is cast into the outer darkness. An informed voter will look at the PDC’s (Public Disclosure Commission Reports) to see who the contributors are. A good candidate will have mostly enfranchised human beings as contributors. A bad candidate will have mostly artificial persons like Corporations, Unions, and NGO’s as contributors. They see donations to a candidate as an investment, and will expect a return.

Three Dimensional Political Chess isn’t as hard as it looks.

Just follow the money. I suggest you go to www.pdc.wa.gov and take a few minutes to look at who, and how much is contributed to each candidate, remembering that he who pays the piper calls the tune.