The Dead End of Socialism 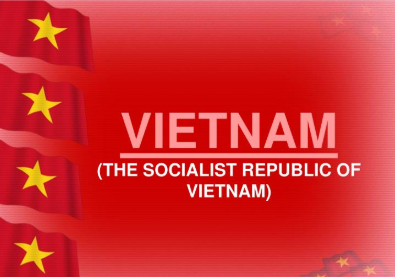 The Dead End of Socialism

Among the topics proposed by the organizers for this panel to discuss was the question “Can economy transform a communist government into democracy?” As a professional historian of modern Asia, this topic holds great significance for me, and it is of course, very relevant to the question of Vietnam’s historical development. Accordingly, I chose this question, and decided to consider the matter from a historical perspective—which necessarily includes elements not only of economics, but also of politics, society and culture.

The short answer to the question, I would argue is “No.” There is no way to transform communism into democracy by any means other than to dismantle the communist government, and to try, against seemingly impossible odds, to implement a democratic government deliberately and faithfully, and to preserve it with unrelenting diligence. In other words, philosophical dedication and political will may, possibly, transform a communist state into a democratic state, but a good economy will not. Healthy economies are the result of democratic freedom, not the cause of democratic freedom, and in any communist state, economic freedom has already been destroyed by the operations of economic socialism.

So, at the beginning here, let us remember that communism and fascism are both advanced forms of Socialism. Modern progressives delude themselves into thinking that socialism can be tamed and democratized. There has been no case in history where socialism—in concept, not necessarily in name—has not led to the complete destruction of the society that practiced it.

On the way to complete destruction, socialism invariably takes a people through the horrors of totalitarianism, perverting what always begins as a false valorization of freedom and rights into an uncompromising, top-down system in which the only freedom in the community is enjoyed by the State and the plutocracy that runs it.

Allow me to quote the great Russian dissident writer Alexander Solzhenitsyn, who in reference to a remarkable book called The Socialist Phenomenon, written by his countryman Igor Shafarevich, observed that “socialism of any type and shade leads to a total destruction of the human spirit and to a levelling of mankind into death.”

Solzhenitsyn and Shafarevich (like many of you here today) had a great deal more personal experience dealing with the trajectory of socialism, than any of the progressives born and raised in the liberal west who dream that it will be the answer to the problem of human injustice. What always begins as the recognition of imbalanced freedom and human satisfaction in the mind of the socialist reformer always ends with the assumption of absolute power by the reforming party.

I read Shafarevich’s book myself about twenty years ago, and was impressed, not only by the fact that a Soviet scholar would write so critically of the Soviet Union (he remained a member of the Russian Orthodox Church throughout his life), but also by the fact that a mathematician (he was a prize-winning expert on algebraic number theory) had such a clear and insightful grasp on History.

What Shafarevich observed, in civilizations ranging from the Bronze Age through Modern Europe, was that socialism systematically suppressed the freedom and agency of the individual and worked to destroy private property, the family, and religion. In other words, the essence of individual rights (property), the essence of community participation (family), and the essence of transcendental value (religion) were, from era to era systematically destroyed by power-seeking groups or individuals who were motivated primarily by an instinct for nihilism masquerading as a thirst for justice. Modern Marxism is only the most recent version of an unconscious death-seeking instinct that operates as a cancer in the spiritual life of historical humanity.

Seven or eight minutes is not enough time to work through Shafarevich’s arguments and insights—but it is enough time for me to urge everybody to read this book while they can—not to sharpen our ability to debate against our political enemies, whomever they may be, but to get a grasp on the enormity of the historical problem that faces a free humanity, if it falls prey once again to the delusion that socialism can be made life-giving or humanitarian. It is fundamentally anti-life, anti-freedom, anti-individual, and as a “progressive” mode society, progresses only in the direction of totalitarianism.

As a young navy officer in 1986, I was the officer-of the-deck one day aboard a ship participating in peace-time joint operational exercises off the coast of Vietnam. I remember remarking to some of the men on the bridge with me that “only twenty years ago this operation would have had a very different feeling.” This was well before Bill Clinton had “normalized” relations with the Socialist Republic of Vietnam, and memories of the Vietnam War were still something of a mystery and a rebuke to us all. One of the sailors on watch with me said,

“You know, we could have ended that whole war if instead of dropping bombs on the VC we just dropped TVs, refrigerators, and cars on them! The whole country would have surrendered and become capitalist!”

It is often believed by triumphant capitalists that turning free people into quasi-free consumers is enough to turn them into lovers of liberty, and responsible participants in the democratic process. A quick look at our own economic life would seem to indicate that a relentlessly growing consumer economy does more to prepare people for socialism than it does for democracy.

At our current rate of moral decline and civic ignorance—fifty years from now we may be having very different conversations about freedom and state power—and the Socialist Republic of Vietnam may have the last laugh on us. I pray that day never happens, but the question of how to transform an enslaved society into a free one, and how to keep a free one from becoming enslaved, is of great importance.

I do not think a strong consumer economy, hiding behind the mask of socialism is a recipe for historical satisfaction—the next great revolution in history, if it actually liberates humanity, will likely result in making us all a good deal poorer—it goes without saying that every Socialist revolution makes the masses a good deal poorer too! Nevertheless, true freedom is infinitely better than any prosperity conditioned by the controls of a deceptively (or openly) authoritarian state—and as I observed at the beginning of these comments, the choice of a people to establish democracy is a very difficult choice.

On that note, since I have made many comments on the “pernicious” nature of socialism, I would like to finish with a quote from one of my other favorite thinkers, John Adams, an American founding father and second president of the United States. He says this about Democracy:

“I do not say that democracy has been more pernicious on the whole, and in the long run, than monarchy or aristocracy. Democracy has never been and never can be so durable as aristocracy or monarchy; but while it lasts, it is bloodier than either. … Remember, democracy never lasts long. It soon wastes, exhausts, and murders itself. There never was a democracy yet that did not commit suicide. It is in vain to say that democracy is less vain, less proud, less selfish, less ambitious, or less avaricious than aristocracy or monarchy. It is not true, in fact, and nowhere appears in history. Those passions are the same in all men, under all forms of simple government, and when unchecked, produce the same effects of fraud, violence, and cruelty. When clear prospects are opened before vanity, pride, avarice, or ambition, for their easy gratification, it is hard for the most considerate philosophers and the most conscientious moralists to resist the temptation. Individuals have conquered themselves. Nations and large bodies of men, never.”

Other distinguished Guest Panelists:
Forum: The Future of Vietnam