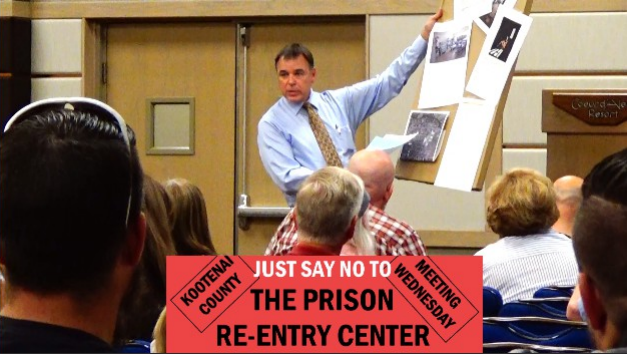 Idaho Department of Corrections is searching for a site in Kootenai County for the largest prisoner re-entry center in the state with a 12.2 million budget. The all-male facility would be comprised primarily of returning citizens from the 1st & 2nd Districts. But, Boise reserves the right to house any type of offenders from anywhere in the state.

Inmates housed in the center would range from non-violent and/or low risk to high risk individuals who are nearing a release date.

Many questions were answered by the panel as well as a survey of those in support of or against a local re-entry center. Highlights of the event are featured in the video above.