The Dismantling of Micron a Boise Icon 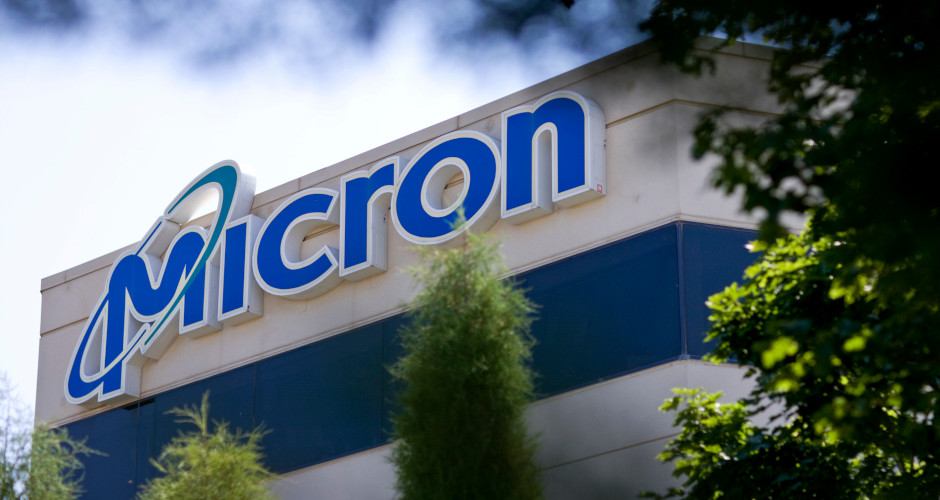 The Dismantling of Micron a Boise Icon

This is very disturbing to myself and the staff of the Gem State Patriot and it should be even more troubling to the people who live in the Treasure Valley and the elected officials who govern our state. We are in receipt of a letter written to one of our state representatives by a person who has been an employee of Micron for over a decade and it tells a story of how the new CEO of Micron Sanjay Mehrotra been slowly dismantling this homegrown giant and his plans to move most of the manufacturing to foreign sources along with moving its headquarters to Milpitas California. The question is why hasn’t anyone from the city of Boise, the state or the office of the President asked Mr. Mehrotra when or why these moves will take place? Even our friends at the liberal media outlets have been silent on this matter as if there was nothing going on. Have they all been asleep at the printing press or their microphones?

It was only a couple of years ago that former Governor Butch Otter and our present Governor Brad Little celebrated with Sanjay Mehrotra on the opening of Micron’s new building “51” or as the employees refer to it as area “51” and since this momentous occasion nothing has been done with the new building and in fact Micron is in the process of shipping out a tool called an EVU SCANNER costing $380 million. This costly machine is being sent to another site. Micron is also expanding a new facility in Virginia at a cost of $6billion. Please keep mind that the new CEO Sinjay is a U.C. Berkely and Stanford graduate that recently signed the petition of CEO’s asking President Trump to offer relief to the “DACA” children otherwise known as “The Dreamers”. Was this new building nothing but a ploy to keep the façade that Micron would be around for some time to come?

So what does this all mean? What most of us don’t know is that Boise FAB #4, is the R&D site for Micron. The employees were told at the turn of the year that they are transferring development of the newest DRAM chip to the FAB in Singapore and China. Micron’s new NAND, or flash chip will be developed in Japan (FAB#10) and the next generations of three different types of chips will be transferred overseas by the end of the year. So if indeed the Boise facility is the Headquarters and the R&D site, why is management pushing so hard to transfer what current employees are working on now and the next generation of three new products offshore and investing $6 billion in Virginia. There is much conjecture that CEO Sanjay did his very best to move manufacturing to India but job boards complained about him sending jobs away. The real kicker is that in 2017 it was announced that all backend manufacturing would be sent to Taiwan. Several technicians saw that an effort by Micron was being made to get rid of over 50% of their operators before that and replace them with temporary employees starting before that announcement. This never made sense but now it does as they closed “assembly” and said, as a result, there would be a loss of around 750 jobs. Well if you count the temporary employees it is more like 1,500 plus jobs that were lost.

After sending all the final assembly to Taiwan, Sanjay complained on Micron’s quarterly conference call about “President Trumps Tariffs”. Had he kept just the one line open in assembly, employees could have said, “See, Mr. President, we do make things in the U.S.A”. but unfortunately, all those jobs were lost forever. Now Micron has several massive buildings that have clean rooms full of unused office furniture, cubicle walls, and chairs which are piled up by the thousands awaiting disposition. In a recent company survey, it was revealed that “FAB #6 is happy, Lehi is happy, Japan Singapore and China are happy. Only the Boise site employees still known as the Headquarters for Micron were unhappy. What could it be they are telling employees that this job may not be for you? Could it be the new employee rating system or something else causing the employees to be unhappy? It is said that “ten” engineers walked out and quit after that meeting.

We were told that a couple of years ago there was an open house at Micron and someone wrote a cartoon in a bathroom in Building 17 insulting Sanjay the CEO and his Indian heritage. He was told about it and it said that he was so offended that Boise workers and the plant are now expendable as they are a bunch of racists and Trump supporters who do not deserve to work at Micron. This brings us to the new rating system they call “rank and yank”. Employees are ranked 1-5 with 5 meaning you’re wrong for the job and 1 meaning you shouldn’t have a job. This is not something new. What is new is the insistence that people fit into a bell curve. This means if you’re a boss and you have a great team, this doesn’t fit. You MUST have someone that is a 2. If you do get the 2, the “performance plan” is so severe that no one can complete it. Thus, they lose their job. We were told that there were three supervisors that just up and quit rather than give hard-working folks a 2.

It is said that most people who work at Micron spend their days terrified of losing their jobs while 60 hour weeks are not unheard of or uncommon. Sadly the people getting “2’s” are all over 45 years of age and are conservatives. Employees are saying that in five years that big site will do nothing but write code, make coffee and mop floors in the restrooms for those that write the code or develop apps. Manufacturing will be a tiny effort focused on quick turn jobs for people overseas. Micron is evaporating, by the design of its CEO who regards it employees in Boise as racist farm boys who need to go back to the farm.

We have been talking about the demise of Micron in Boise for over a year both here in our newsletter and on the Kevin Miller Show 580KIDO, but it appears that no one in government gives a damn. There are empty buildings that could be put to use by someone else and a whole factory full of people are living their lives day to day wondering if they’ll have a job at Christmas wondering if their careers weren’t just a big waste of time.

Many of the employees at Micron have spent decades pouring their heart and soul into an effort to advance society as a whole through innovation, invention, and teamwork only to now watch as their future is handed off to less capable teams offshore. We no longer are told to think outside the box but to concern ourselves with diversity and inclusion. So much so that Micron now has 2 people on the board whose job is diversity and inclusion. Those left in the end will not make wafers, not invent anything but will feel shamed for living in a red state. The question is when will someone take the time to ask the hard questions of Sanjay Mehrotra Micron’s CEO? Boise and our state are being set up to lose a huge tax base if Micron continues with the dispersion of its manufacturing facilities to other places yet we have not heard a single word from our government leaders in our state capital or in Washington.