The Future for Vietnam 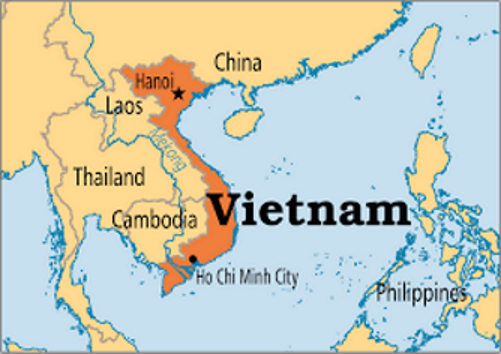 The Future for Vietnam

I want to thank the organizing committee for this opportunity to contribute to discussions regarding the future for Vietnam. As a student of the Vietnam War and the consequence of the loss of South Vietnam to communism, I could briefly frame the picture in a general way, given the time available for my presentation. Three prominent questions:

Question 1:
Why Vietnam will have no future under the current communist regime?

Despite the Vietnamese communists’ ability to wage war, many studies of the Vietnam War revealed that:

First, they are not made to build peace, but to create conflict and disunity, to their benefit as rulers.

Second, and above all, they are merely a well-organized gang of bandits, highly skilled in oppressing and exploiting Vietnamese people. They did these in the name of: freedom, equality, happiness, compassion, social justice, patriotism, people welfare, socialism, independence.

Third, their highest aim and skill was to grab power, to maintain control of that power, and protect it at all cost. For the protection of their power, Hanoi volunteered to submit to China and make Vietnam an autonomous province of China, similar to Mongolia, Turkestan, and Tibet.

Hanoi’s open-border policy allows Chinese crossing the Northern border freely without passport or visa. This open border is an effective measure leading to active migration of Chinese to Vietnam, accompanied by free import of Chinese goods without taxes.

Two direct consequences: first, this is a dangerous policy of converting Vietnam into a sanctuary of Chinese migrants who would over-populate Vietnam in the near future; second, Chinese are allowed to populate strategic locations in Vietnam that would threaten national security of Vietnam. 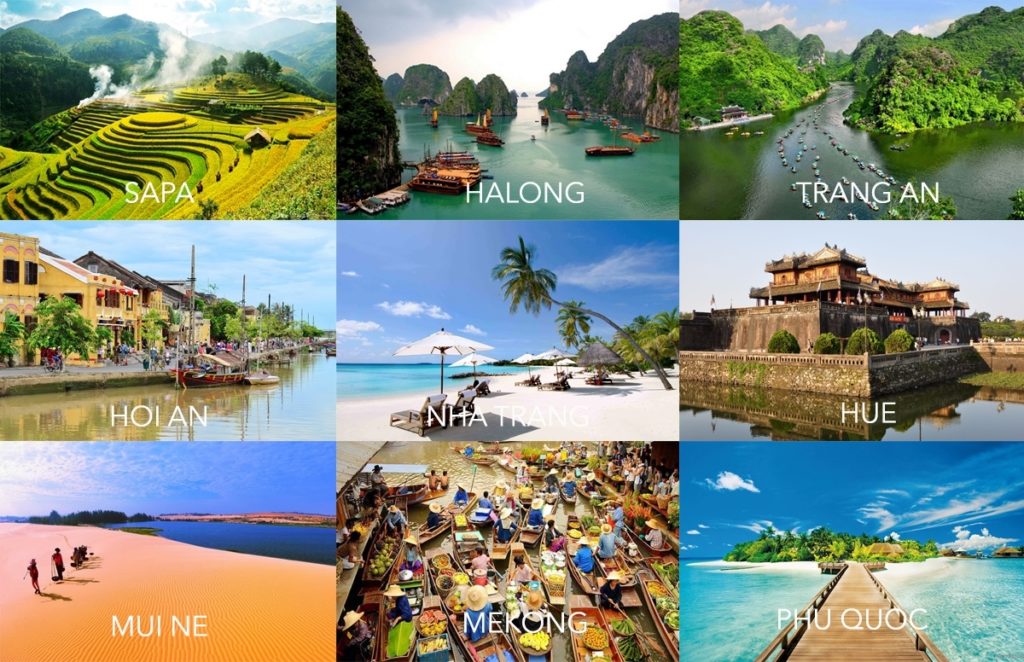 Question 2:
Why the present Communist Regime will not last?

The prolonged domination by Communism of Vietnam left behind three consequences:

Second, the majority of the population are exceedingly poor, being robbed to their bare bone. They lost all their basic right of ownership, right of free speech, and right of association.

Third, a band of opportunistic agents serve the communist tyrany by enforcing the suppressive policy. These are the plain-cloth thugs, members of the secret police force who would beat down all civil protests which only ask for social and civil justice.   Consequently, the majority of the destitute and miserable citizens will be the source of potential uprising for the eventual destruction of the current order. Therefore, the current communist party will not last. The issue is When, not if.

Question 3:
Will the next “post-communist” regime have a chance to give A Future to Vietnam.

The chance is quite promising considering the following three telling points:

First, the Vietnamese people have learned the lesson of communist disaster and they no longer want to go back to the nightmare of socialism. They want to have free choice in building a political system that would respond to national need and the people’s wish.

Second, The Vietnamese people would then enjoy support of millions of Vietnamese expatriates who could bring home their resource, personal experience, technical expertise, especially their knowledge of political democracy, to develop Vietnam as a responsible member of the world community.

Third, as a responsible member of the international community, Vietnam would generate mutual trust from international partners leading to worldwide cooperation and investment allowing responsible developments, good and fair trades. The above potential future for post-communist Vietnam is not without challenges:

FIRST – Vietnamese must prove to be trustworthy, reliable, honest, the three essential qualities totally denied by Ho Chi Minh’s legacy of tyranny and irresponsible ruling. The remedy requires conscious efforts by the whole government and responsible citizens to educate and train new generations of young Vietnamese in modern time.

SECOND – The Vietnamese must be able to overcome 1.selfish individualism, 2. jealousy,  3.partisan disunity,and 4. regional and racial discriminatory spirit, the four vices encouraged by the communist rulers who wanted to divide and weaken the people for easy control.

THIRD –  The Vietnamese people must take the challenge of political responsibility, personal sacrifice, and a sense of honor in assuming the task of building a worthy society and a healthy nation. Vietnamese must not forget the greatest challenge is coming from Red China to our North and the coward Vietnamese Communists who are nurturing the dream of becoming slave to Beijing for the sake of protecting their status quo. A constant reminder is the need for coordinated efforts by all Vietnamese, overseas as well as at home, in the struggle for the fall of communism in Vietnam.

Ladies and gentlemen,
Thank you very much for your attention.

Vũ Quý Kỳ was born in 1934 in North Vietnam. He twice escaped Communism —1954 from North Vietnam and 1975 from South Vietnam. After high school in 1956, Kỳ earned a Colombo Plan scholarship for his engineering study in Australia Graduated from Adelaide University, South Australia in 1963, Ky worked in telecommunications. After the fall of South Vietnam, Ky eventually settled in Atlanta, Georgia USA with his wife and three sons. Professor Ky Quy Vu taught Physics (vật lý học) & Math (toán) in DeVry Technical Institute/University for 35 years and retired in 2014.

His is especially interested in the nature of warfare and political systems. During 1960s and 70s, Ky studied the communist political/military tactics and strategies in North and South Vietnam and wrote several analysis/research papers for the Tập San Cao Đẳng Quốc Phòng (Saigon National Defense College periodicals). His book, “A Shooting Star” just published, reflects his own experiences and his fellow countrymen, in the Vietnamese struggles during Vietnam War. This book offers an analysis of the strategies, tactics, and goals of the Vietnamese communists and nationalists during Vietnam War.

Part I: How South Vietnam Came About

Who Were the Viet Minh

How the Japanese Got the Upper Hand

Surprise Mini-Coup by the Catholics

Who Was Ho Chi Minh

Strategic Mission in China and Vietnam

A New Major Unknown – The Race Against Time

France’s Arrogance and Greed Versus Wisdom And Vision

The Chinese Version of the Border Campaign

Summing up: a Decisive Change in the Equation

Self-criticism within the Frame Work of Political Education

Success and Failure of Brainwashing,
Indoctrination, and Self-Criticis

The Cost of Poor Judgement – French Problems in

The French Indochina War and the Cold War-Giap’s view

Why and How Mao Gained the Upper Hand?

How Did this Submission to Mao Happen?

The Winner and the Loser?

Geneva Political Solution – What Happened to the

Part II. Why South Vietnam Had to Fight Back Hồ’s Invasion 89

Agrarian Tax and the Germination of Class Warfare

“Political War” against the Reactionaries

The War for Rent Reduction

Name of the Game

Rules of the Game

Deliberate Mobilization of the People

The Land Reform and the First Indochina War

Resumption of Land Reform – The Real One

Bloodletting Actions in the Countryside

The Kuomintang and Rural China

Khrushchev and the “De-throning” of Stalin

Failures of Rectification Campaign – Or Just a Fake?

Some Characteristics of Hồ’s Unconventional Warfare

Playing on Accomplices in Crime

Elimination of True Regime of Rule-of-Law

Stopgap Measures and the Powerdercake

Reactions by the Peasants

How the Authority Handled the Situation

Using “đoàn viên” to work on their families

Shortcomings in the Cooperative Program

Institutionalization of Power Structure in the Countryside

Consolidation of Political and Security Control

Break Down of Family Foundation

General Reorganization of the People Army

Ideological Control of the Armed Forces

I. Social, Cultural, and Political Background

Origin and Growth of Cao Đài as a Religion and

Origin and Growth of Hòa Hảo as a Religious and

Who Were the Bình Xuyên?

How and Why Ngô Đình Diệm Again?

II. The Challenging Task of Restoring Power for the Central

Background of Diem’s Problems – The Triangle of

The French Issue – The Washington Conference

Washington – On Again, Off Again

The Saigon Angle – The Symptom and the Root Cause

The Gathering Storm – The Final Showdown

The Concept of Top Down Formula

IV. Strength and Weaknesses of the New Republic

From Ideology to Political Organization

Diem’s Power Base at the Infrastructure Level

Difference in How the Army Should be Organized

The Under-Current –
A Case Study of Potential Threat to Stability

Life-and-Death Issues and the Need to Fix the Problem

The Other Side of the Coin

The “Third Side” of the Coin

What Hanoi Had in Stock

In Spite of Early Communist Insurgency

Chapter 9–––– The Rise of Unconventional Warfare

The Grand Plan of Deception – The PRP, PRG, and

Early Sign of Trouble in SVN – The Caravelle Event

Laotian Territory and the War in SVN

The Troika: Royalist, Communist, and Nationalist

Lower Laos and Hồ’s Conduit for Invasion of SVN

The Delta (rural Area) and Non-Conventional

A critical note on the treatment of Định Tường Province

The Infrastructure and the Three Pillars System

The Mountainous Region and the Secret Stronghold

The Urban Area and its Startegic Value

The Case of Nguyễn Thị Định

Hanoi’s Success and Failure in “Civilian

Assessment of Success and Failure

The Performance of Regular Armed Forces in

When Given a Chance