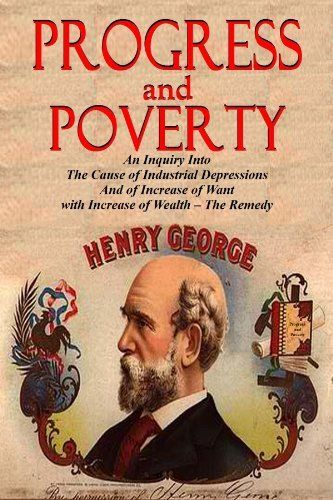 Eastern Washington’s proposed 51st State of Liberty must also appeal to Progressive’s to ensure statehood. This can be done if we can discover “Common Cause” issues that appeal across the political Spectrum. The Highest and Best Use Tax was derived from Economist Henry George https://en.wikipedia.org/wiki/Henry_George and his popular book of 1879 called “Progress and Poverty.”

Henry George contended that elements of land, labor, and capital were all necessary to make progress and end poverty. He proposed a single tax on land to prevent speculators from tying up all the good land to await higher prices. I like the idea of a single tax and so do many progressives and libertarians. I do favor the proposed consumption tax for the state of Liberty but I am open to other ideas.

Following is an article from my friend Jim Lee who is part of our Northwest Citizens Power Coalition to form a Co-Op out of Avista.

In Native American, or any original culture, there is no concept of “owning” the land, any more than owning the sky or the water.  Even in Europe, land was held in “Common” until private ownership developed through Enclosure.  On any human time scale, the land was here before us, and will still be after us, so to say we own it is inverse logic.  It makes more sense to say the land owns us.

Consider the western migration in America.  Setting aside the rights of Native Americans for a moment, the land was offered ‘free’ to any settler.  The first settler could not sell their land.  Who would buy it when there was plenty more, just as good, a mile further down the trail?

Only when settlements began to develop did land come to have monetary value, and that value was created by the community, not by the owner.  Then, as towns and cities developed, the value of the land increased, and “land speculation” came into existence.  Investors began to buy land just outside the town and simply wait for the population to expand and the city to reach them and greatly increase the value of their holdings, through no effort of their own (except foresight).

The process continues today, as speculators buy and hold vacant or decrepit properties, not to develop them, but just to hold until the price goes up.  Only because taxes are low on vacant or derelict properties is this technique viable.  Withholding these properties does a couple of things.  First, it reduces the supply of land within the City, thus artificially driving up the price for available land.  Second, it restricts the tax base, since vacant land and obsolete improvements are taxed at a low rate.

While the Land Tax has never been used extensively, it has been demonstrated to work in some very concrete examples.  From the 1920’s until World War II, a form of land tax was in place in the City of New York.  While the country was going through the Great Depression, New York was experiencing the greatest building boom in its history, and infill development was virtually 100% completed.  If it had been left in place, it is reasonable to believe that NYC would be an even more modern and dynamic city today, and would continue to be developing at a more rapid pace.  It is also quite likely that the City would not have seen the decline in the quality of its housing stock, and the erosion of its tax base, in the 1960’s through the 1980’s.

From a Developer’s Perspective

For the reasons outlined above a ‘real’ developer would thrive under a land tax regime.  Only speculators may be hurt, if they choose not to make improvements or sell the property to someone who

Obviously, the prudent investor will seek to maximize the ratio of the value of nontaxed improvements vs. the taxable land, resulting in increased urban density.

In addition, as population density increases, the opportunity for businesses of all kinds increases.  Full utilization of commercial properties naturally results, further enhancing the value of nontaxable improvements, general prosperity and the tax base.

From a taxpayer’s Perspective

Adam Smith explained in “The Wealth of Nations” that the best method of raising public revenue will be one that meets the following conditions.  It should be:

Just – It should bear equally, giving no one an advantage, nor putting another at a disadvantage.

Efficient – It should be easily and cheaply collected, and it should fall as directly as possible on the ultimate payers, taking as little as possible from the people beyond what it yields the government.

Certain – It should offer the least opportunity for abuse, corruption, and evasion.

Productive – It should bear as lightly as possible on production and development.

The Land tax is also the most certain and efficient.  It is Certain mainly because land cannot be moved or hidden.  Hence, the opportunity for evasion and corruption are minimized.  It is Efficient because it is easily and cheaply collected using existing systems.  Further, so long as the Land Tax does not exceed the fair annual rental value of the land, there is no valid reason that it should not be paid willingly.

Does the tax ultimately burden the user of the property, if it is rented?  Yes.  However, remember that the incentive for the property owner is to maximize the occupancy per square foot of land.  This means that the tax burden is spread as widely as possible among the tenants, and thereby minimized.

As mentioned above, all of the systems are in place to convert to a Land Tax.  However, because it does involve a major change to the ground rules, it seems reasonable that the transition be phased in over some years (5-10?) to allow property owners to adapt.  The transition should initially be revenue neutral.  Essentially, for a well-developed property the current tax rate would apply, but be renamed a Land Tax.  Over the transition period, the taxes on undeveloped or underdeveloped land would increase, while that of developed property would decrease somewhat.  As the transition is completed and development increases, the tax base will increase. Meanwhile, the tax rate can remain the same. Thus spreading the tax burden ever more lightly on the community.  Some special consideration for historic buildings would need to be allowed to assure their preservation.