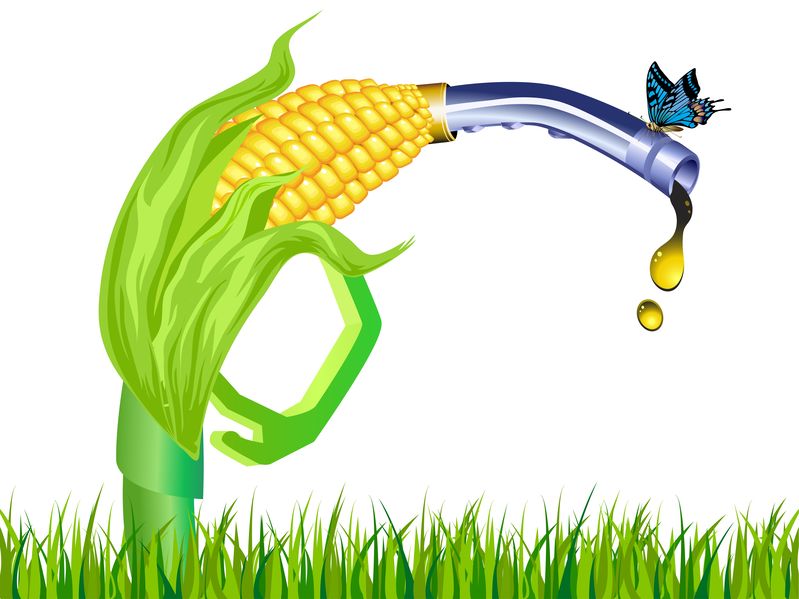 Biofuels, primarily ethanol in gasoline, provides 5% of our current energy use. Wrongheaded environmental zealots believe it represents an ideal short term solution for replacing fossil fuels for transportation and on site energy generation. They argue that because biofuels come from plants, they are natural, green and non-polluting. They claim that in contrast to fossil fuels, biofuels are renewable and sustainable because they can be regrown every year. Once one wakes up to reality, however, there arguments all fall apart. The major losers in this current trend controlled by government regulation, which obviously benefits farmers who are indeed suffering very low grain prices, is the public at large. Bio fuels both raise the price of transportation and concurrently our food.

Here are some of the reasons why biofuels are not the answer to what some see as our energy problems.

David Pimental and Cornell University documented long ago that the biofuels, primarily ethanol, consume more energy in their production than they produce. Pimental and others estimated that corn from an acre of land produces between 330 and 450 gallons of ethanol. As a gallon of ethanol only has 63% of the energy content of gasoline, 400 gallons of ethanol per acre is equivalent to 250 gallons of gasoline. Additionally it is estimated that the farm equipment used to plant, tend and harvest the corn consumes 140 gallons of fossil fuels. After harvesting, processing. steps which include fermentation and distillation also require fossil fuels. The arithmetic shown in the original research articles calculates that 100,000 BTU are required to produce a gallon of ethanol which in turn will provide only 77,000 BTU of of energy. Clearly it makes no economic sense.

Replacing all currently used gasoline, 140 billion gallons, and diesel fuel,143 billion gallons, would require 20 times the amount of ethanol that is being produced today. We would need 720 million acres of land to achieve this.

During the Obama Administration the President had decreed that military transportation take advantage of biofuels in ships and airplanes. The early implementation of this order proved an economic as well as practical disaster.

Most cars and trucks can’t function using pure ethanol as a fuel. Currently 10% of ethanol is placed in gasoline without difficulty to improve performance, but efforts to increase that amount to 15% is being greeted with great resistance from the Automobile Association of America which states that such a level will seriously overheat engines and damage many engine components, such as fuel pumps.

Biofuel production competes with food production. Every acre of land now used for biofuel production was formerly used for food production, mainly as feed for livestock and poultry. Over 40% of US corn production has made the switch from food to fuel since 2005. Other crops including oats, barley, sorghum, wheat and hay have seen their acreage decrease as well in order to produce biofuel. This increases the prices of all these grains. Farmers are only responding to the fact that large government subsidies promote ethanol and you the public pays those subsidies.

We should all love our farmers for providing us with the most inexpensive and healthiest food available on our planet. The vagaries of weather and world grain production provide them with a roller coaster of good and bad years. We should all want to see them provided with a safety net to keep them going under the worst circumstances. But having said that, a safety net involving a nonsensical plan to make fuel from corn is clearly counterproductive

Jay Lehr is the author of more than 1,000 magazine and journal articles and 36 books. He is an internationally renowned scientist, author and speaker who has testified before Congress on dozens of occasions on environmental issues and consulted with nearly every agency of the national government, as well as many foreign countries. He is a leading authority on groundwater hydrology.