Blown away by wind farm “capacity” versus actual output 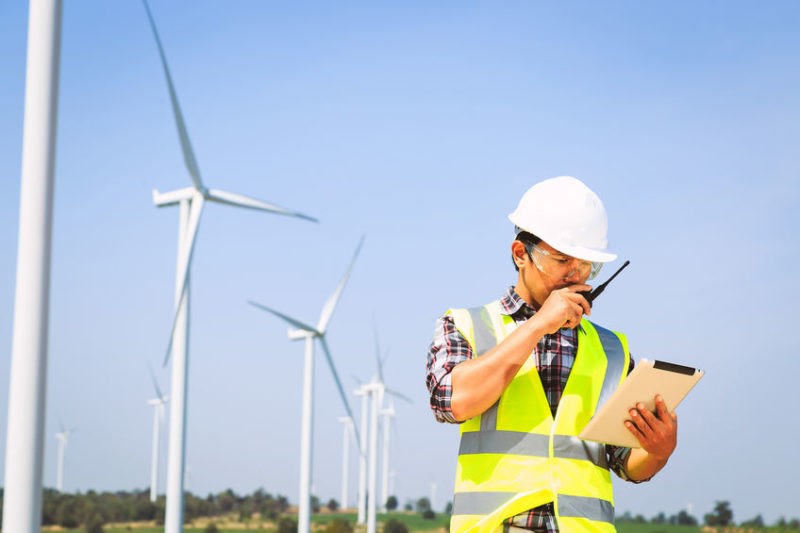 Blown away by wind farm “capacity” versus actual output

Promises, promises. We’re constantly being blown away with the growing capacity of wind farms to provide renewable energy, but they’ve yet to produce anywhere near their projected capacity. Compounding their lack of production, is the intermittency of what they produce.

Let’s be clear about what that means. First, it’s not renewable energy, it’s only renewable electricity, more accurately its only intermittent electricity. Renewables have been the primary driver for residents of Germany, Australia, and California behind the high costs of electricity. Second and most important is, electricity alone is unable to support militaries, aviation, and merchant ships, and all the transportation infrastructure that support commerce.

In Australia, they’re losing businesses, jobs, and money – the new definition of madness that’s becoming laughable stuff. Australians have become increasingly tired and frustrated with the wind movement. As such, voters went to the poles at their 2019 Federal Election, billed as a referendum on ‘Climate Change’, and voiced their opinions.

The Aussie Green/Labor Alliance promised an all wind and sun powered future with across the board subsidies for electric vehicles and household battery installations, subsidies for wind turbines, and subsidies for solar panels, and a crippling carbon dioxide gas tax, dressed up as a CO2 emissions reduction target, and an elevated directive for new cars to be electric.

The top-billed reason Green/Labor was supposed to fare so well at the polls, was Australians are, apparently, spending their every waking hour fretting about carbon dioxide gas and believing windmills and solar panels will save the day. Well, apparently not – Green/Labor duly lost the ‘unlosable’ election.

Australia has a the total 6,558MW of wind farm generating capacity, the equivalent of three 2,200 MW San Onofre Nuclear Plants, spread from Far North Queensland, through NSW, across Victoria, Tasmania and South Australia. Despite that huge capacity, actual production has varied widely from a low of 400 MW to a high of 4,400 MW. Plus, all that actual production is intermittent electricity.

California is following Germany and Australia by phasing out its nuclear reactors, which have generated continuous uninterrupted zero emission electricity, in favor of intermittent electricity from wind and solar. In 2013 California shutdown the continuous nuclear facility of SCE’s San Onofre Generating Station which generated 2,200 megawatts of power and will be closing PG&E’s Diablo Canyon’s 2,160 megawatts of power in 2024.

The overall capacity of all wind turbines installed worldwide by the end of 2018 reached 597 Gigawatt according to preliminary wind power statistics published by the World Wind Energy Association (WWEA)   All wind turbines installed capacity by end of 2018 will cover only 6% of the global electricity demand with actual production significantly less than rated capacity, and that’s only intermittent electricity.

Judging from the headlines, the world is on track to ratchet up renewable electricity and begin the rapid scale-down and ultimate phase-out of fossil fuels. Most energy analysts consider the fossil-fuel phase-out to be a scientific, economic and political fantasy, akin to levitation and time travel, but somehow the movement keeps making news.

The sad part is the ratchetting up renewables is not the call of energy analyst specialists, it’s the call of elected government officials and appointed government personnel supporting their decisions with less than accurate information.

Bear with me as we look at some energy numbers. Based on data, in 2018 the world consumed 11,865 million tons of oil equivalent (mtoe)

You might ask what is an MTOE? Well, it a unit of energy measurement. One million tons of oil equivalent (mtoe) is equal to the following alternatives for electricity generation:

Carbon-free energy (electricity) consumption (wind, solar, and nuclear) is at 14.4 percent of total global consumption. The other 85.6% of the energy market needs to be captured by carbon-free sources by 2050. That means we’ve got 11,161 days to achieve net zero fossil free usage by then.

Thus, the above represents the amount of carbon free energy needed to be deployed every day, yes, EVERY DAY, for each of those 11,161 remaining days until 2050 to replace fossil fuels in order to hit net zero carbon emissions by 2050.

The staggering bad news is that the above example is only what’s needed to replace current oil usage, as the example does not include new consumption especially from the 2.7 billion residents of China and India that are just starting to board the energy train and enjoy the lifestyles that energy and the products manufactured from those deep earth minerals/fuels most of the rest of the world is presently enjoying.

Seems obvious that we cannot rely on wind and solar expected outputs as they can realistically only provide a fraction of their capacity and then, only do it intermittently. Such intermittency requires fossil fuel backup for continuous uninterruptable electricity.

While everyone improves their efficient use of energy and implements conservation to the best of their abilities, the world needs to use the time to diligently develop new technologies to find an energy source or sources that are similar or superior to what deep earth minerals/fuels have been providing civilization. Hopefully those new sources will be abundant, and affordable.

Ron Stein is an engineer who, drawing upon 25 years of project management and business development experience, launched Principal Technical Services (PTS) in 1995. He writes frequently on issues of energy and economics.