Breaking Blue and the dark secrets of Spokane 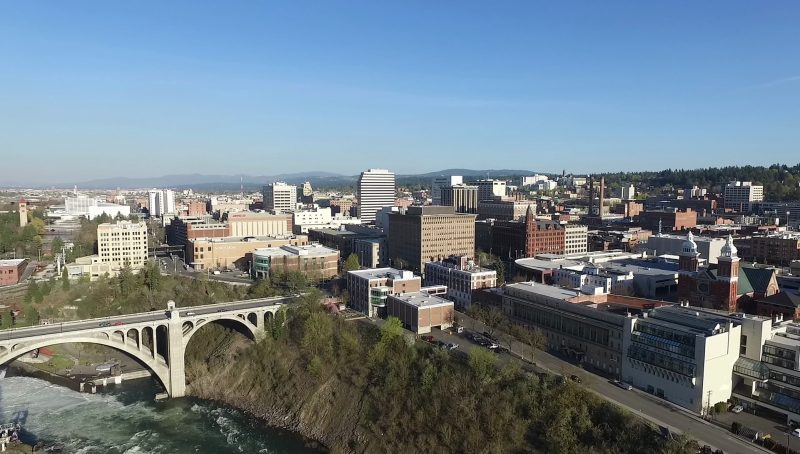 Breaking Blue and the dark secrets of Spokane

Just finished listening to the book, Breaking Blue, by Timothy Egan about Sheriff Tony Bamonte’s solving of the oldest open homicide in the nation. This has been on my bucket list for a long time ever since Sheriff Bamonte showed me a very damning photo related to the death of Jo Ellen Savage in the RPS Parking Garage. Breaking Blue is about the murder of a town marshal in Newport by rogue elements of the Spokane Police Department who were involved in butter thefts across this region during the Great Depression in 1935. The more things change the more things stay the same – the dark secrets of Spokane.

There is still the unsolved arson/murder of SFPD Captain Bob Hannah in the Zuckor clothing store fire circa 1980 that was blamed on an unknown transient or at least that’s what we were led to believe. Or was it? Perhaps this was an arson for hire by people who were buying up property in this block via shell identities. This is now the location of the STA Transit Plaza that was poorly located at a very inflated price – ‘He followed his dad into firefighting, and stuck with it through tragedy’

And there is Jo Ellen Savage fell to her death in her car from the 5th floor of the RPS Parking Garage landing on entry ramp below. IMO her death was covered up. There was never a complete and thorough criminal investigation to decide whether her death should have been prosecuted as manslaughter. Had Savage’s death been investigated it would have unraveled an organized crime entity that robbed in broad daylight the taxpayers of Spokane for some $80 million dollars in the RPS bond frauds. The citizens of Spokane are still paying off this debt via the Downtown parking revenue. This was very well documented in Larry Shook’s unpublished book, The Girl from Hot Springs, and in the collective works of Tim Connor and Larry Shook in Camas Magazine.

Of course, I could go on, with the Waste to Energy Plant, the creation of the Spokane Public Facilities District and the rolling over of tainted bonds from the Area, the Sewer Wars in the Valley, the death of Otto Zehm, Pastor Scott Creach, Ryan Holyk, William Berger, that actions of Det. Doug Marske in the Statler robbery case and the Devlin murder case, and of late the University District’s Pedestrian Bridge (AKA The Bridge to Hookerville).

There is some truth to Forbes magazine labeling Spokane as the ‘Scam Capital of the America’.

The truth in Spokane is very difficult to come by. As was the probable gun that was used in the murder of the town marshal that was dredged from the depths of the Spokane River by Sheriff Bamonte.  Why?