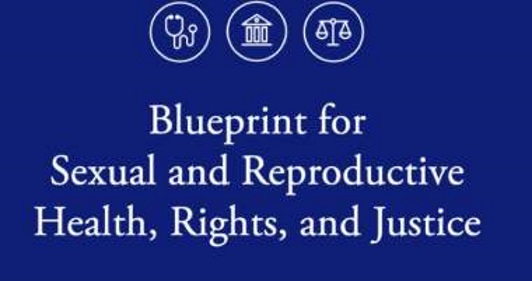 That’s a Latin phrase that means “the thing speaks for itself.” When you read the recently released report entitled “Blueprint for Sexual and Reproductive Health, Rights, and Justice,” you’ll discover that the worst witness of the plan’s assault on traditional morality is the text of the plan itself.

One very important point before launching into an analysis of this document: Readers committed to protecting the life of the unborn and the perpetuation of traditional values and the family must read the entire plan, not just this summary. There is so much that is so destructive and degenerate and friends of faith and family must be prepared for to fight this plan at every level and at every opportunity.

The first exhibit in the mountain of evidence that will prove that the purpose of this plan is to normalize promiscuity and to marginalize morality is the list of organizations endorsing this scheme. Here’s a sufficient sample of the supporters:

Sexuality Information and Education Council of the United States

The Center for Sexual Pleasure and Health

Few readers would fail to recognize the predomination of pro-abortion groups in that list. There are, however, many organizations on that roster that are lesser known, but equally destructive of traditional values and morality.

As the second exhibit, I offer the reader the unedited “About Us” section published on the website of the Sexuality Information and Education Council of the United States (SIECUS):

Sex ed is a vehicle for social change. Full stop.

Full stop. As in, enough said. Make no mistake, the ultimate aim of these groups and the blueprint they’ve designed is to use their influence to force federally funded schools — from kindergarten to senior year — to teach your children that abortion is a right, that abstinence before marriage is antiquated, that gender is fluid, and that their parents’ morality is meaningless.

While another selection from the propaganda produced by these organizations might be overkill, there is one group whose origins are old and familiar to foes of freedom. Consider Wikipedia’s account of the founding of the Population Council:

Established in 1952 by John D. Rockefeller III, with important funding from the Rockefeller Brothers Fund, the Council is governed by an international board of trustees. After many years of evolving, the 2006 council board includes leaders in many different fields. These include: biomedicine, business, economic development, government, health, international finance, media studies, philanthropy, and social science.

Headquartered in New York City, the Population Council has 18 offices in Africa, Asia, and Latin America and does work in more than 60 countries. With an annual budget of around $74 million, it employs more than 500 people from 33 countries with expertise in a wide array of scientific disciplines. Roughly 55 percent are based outside the United States.

John D. Rockefeller III convened distinguished scientists in Williamsburg, Virginia, under the auspices of the National Academy of Sciences, to begin the search for a better understanding of demographic trends. Shortly thereafter, in 1952, he established the Population Council as an independent, nonprofit organization. He served as the Council’s first president.

That’s quite the pedigree: the Rockefellers and the National Academy of Sciences. Once again, foundations in partnership with a federal government agency to weaken the foundations of family and faith.

On to the next brick of evidence in the wall of proof that the coalition of groups sponsoring the “Blueprint for Sexual and Reproductive Health, Rights, and Justice” is immoral.

Just to remind the reader, when it comes to convincing you that this plan is perverse and pernicious, I am letting the thing speak for itself. Take, for example, this paragraph from the “Executive Summary:”

We hold true that in order for people to be free and equal they must be able to exercise complete autonomy over their bodies. That’s why we, a coalition of nearly 80 organizations, have come together to set forth a policy agenda to advance sexual and reproductive health, rights, and justice for people in the U.S and around the world.

With such a statement prominently declared by this alliance of abortionists, one wishes that they would extend the same right to life to the least powerful people, the tiny babies existing in utero whose lives are considered no more or less than currency for the cultural devolution pursued by the parties to the blueprint.

Fourth, I present this paragraph from a section of the Blueprint setting out the “vision” of reproductive laws in the United States.

Under the sub-head “Health care entities must be required to ensure that all individuals can access quality and equitable health care no matter their identity or their circumstances,” the scheme says:

Put simply, the organizations joined together in support of this scheme believe that it is a human right for girls to get abortions without their parents’ consent or notification.

They claim this is part of determining the destiny of young people, what it truly is, however — and there can be no doubt that they know it — is a powerful weapon in their war to destroy the family and with it the foundation and future of our society.

When it comes to proving these people have this insidious intent, res ipsa loquitor.