Budget Deal a Win for Everyone Except Taxpayers 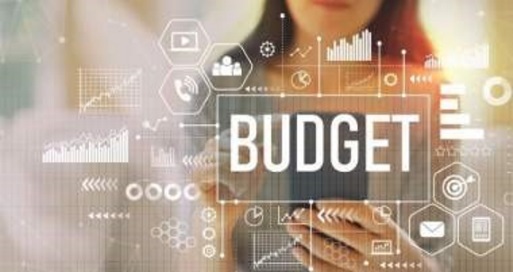 Budget Deal a Win for Everyone Except Taxpayers

The budget “deal” cobbled together over the last couple of weeks is a win for every vested interest but one: the U.S. taxpayer. It provides proof about what can be accomplished, even by Congress, when the motivation is sufficiently strong.

That motivation was provided by a letter from Treasury Secretary Steven Mnuchin to House Speaker Nancy Pelosi on July 12 that his “extraordinary measures” being employed since the debt ceiling was reached in early March were about to be “exhausted.” This move allowed him to conduct budget negotiations directly with Pelosi, sidelining Trump’s budget director Mick Mulvaney and resulting in a deal that was a win for nearly every vested interest in Washington.

First and foremost it solves the number one problem politicians face when they leave Washington for their six week “recess”: unhappy constituents quizzing them on big spending Washington. It gives President Trump a victory: more spending for the military and “his” vets. It gives Pelosi and her Democrat counterpart in the Senate, Chuck Schumer, a win by increasing domestic spending by even more than that granted the military. It gives a win for Mnuchin who is now free to borrow without limit the sums increasingly needed to pay Congress’ bills. It provides a chance for establishment politicians to claim improved “stability” without the threat of another government shutdown, while touting the kind of pragmatism and compromise that Washington is famous for but largely missing until now.

It also funds Planned Parenthood, provides nothing for Trump’s wall, fails to loosen budgetary constraints on the Border Patrol, and, best of all for big spending politicians, it finally and completely obliterates any remainder of the highly touted but rarely followed Budget Control Act of 2011 and its “sequester” caps. As House Appropriations Chairwoman Nita Lowey (D-N.Y.) celebrated: “I am proud that this agreement ends the senseless austerity imposed by the Budget Control Act.”

The deal includes extending the budget ceiling until June 2021, a convenient eight months after the November 2020 elections.

It increases government spending by nearly a third of a trillion dollars over the next two years, part of which goes to the military and part to domestic spending. As Pelosi and Schumer chortled, the deal “will enhance our national security and invest in middle class priorities that advance the health, financial security and well-being of the American people.”

It predictably engages in phony bookkeeping maneuvers to show an attempt at cutting spending. The White House sought $150 billion in faux “cuts.” The deal provides supposed cuts of $77 billion by — ready? — extending cuts to Medicare beyond fiscal year 2027(!), and by “extending” fees being collected by Customs and Border Protection. That $77 billion in cuts is less than two percent of the government’s total budget and just one quarter of the increased spending provided in the agreement.

This is the same stunt engaged in by Presidents Reagan and the elder Bush. Said Americans for Tax Reform:

In 1990, President George H.W. Bush agreed to $2 in spending cuts for every $1 in tax hikes. The tax hikes went through, and we are still paying them today. Not a single penny of the promised spending cuts actually happened.

At present the federal government borrows a quarter of every dollar that it spends, with that percentage increasing in the next few years thanks to this budget deal and as boomers retire and interest rates increase.

The “deal” — humorously being called a “compromise” — is expected to be voted on and passed by Congress on Thursday, a day before the summer recess begins. When it is signed into law by the presidentit might, as Maya MacGuineas, president of the Committee for a Responsible Federal Budget said, “end up being the worst budget agreement in our nation’s history, proposed at a time when our fiscal conditions are already precarious.”