Meet with Legislators to Stop USMCA 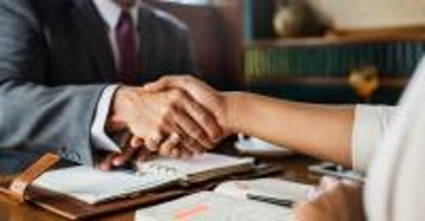 Meet with Legislators to Stop USMCA

With the United States-Mexico-Canada Agreement (USMCA) inching closer towards a congressional vote for approval, we mustn’t put our guard down. Our education is spreading, but more is needed to actually stop the USMCA! While the vote still could come up before the August congressional recess, the USMCA timetable appears to be pushed back, making a vote sometime in September, October, or November much more likely, giving us a perfect opportunity to build up more defenses.

Use the August recess downtime to meet with your representative and senators to encourage them to vote NO on the USMCA. Republicans and Democrats need to know that this deal only adds on to the North American Free Trade Agreement (NAFTA) and serves as a stepping stone toward a North American Union (NAU). Trade Promotion Authority mandates that Congress is only allowed a simple “up or down” vote on the USMCA with little time for debate and no amendments or filibusters. Because of these “Fast Track” rules, which make trade agreements easier to pass, getting the message across to our representative and senators becomes even more urgent.

If the Trump administration submits the USMCA to Congress for a vote this September, it could be approved before the end of the year! Surrendering our nation’s ability to conduct its own affairs to the supranational USMCA Free Trade Commission, Mexico and Canada would have a significant say in what is coming next. The New American writer Steve Byas covers what this would entail:

The Democrats want any trade deal with Mexico and Canada to reflect their desire to impose more government regulations on businesses and attain provisions favoring their goals in the way of environmentalism (CO2 limits), labor unions (making it easier to force unions on workers), and other issues dear to their “progressive” agenda.

In other words, a North American Union would be the entity stripping America of its local control and replacing it with regional government. This would only add to the building blocks globalists are using to create a one-world government. If we allow the globalists to complete their world government plans, the freedoms and rights you have now would be gone. The local police departments would be overridden by national and international police forces. The security of our precious rights, such as personal property, would be stripped away. A progressive tyranny would be your new reality.

The main reason Democrats are holding off on the USMCA is they want even more government control over private business and private lives. Although it seems as if they are helping America, the passage of the USMCA would make things even worse, than sticking with NAFTA. There is no time to waste! Make a plan with your JBS chapter to educate your representative and senators this August while they are home from Congress. Find the perfect tools (see below) and fine tune your talking points. Meeting with your representative and senators is the best plan of attack. We can stop this deal, but it won’t be easy! If you need more guidance, contact your local coordinator. They will be there every step of the way connecting you with like-minded people to accomplish less government, more responsibility – and with God’s help – a better world!