Immigration – Have we lost the ‘Rule of Law’? 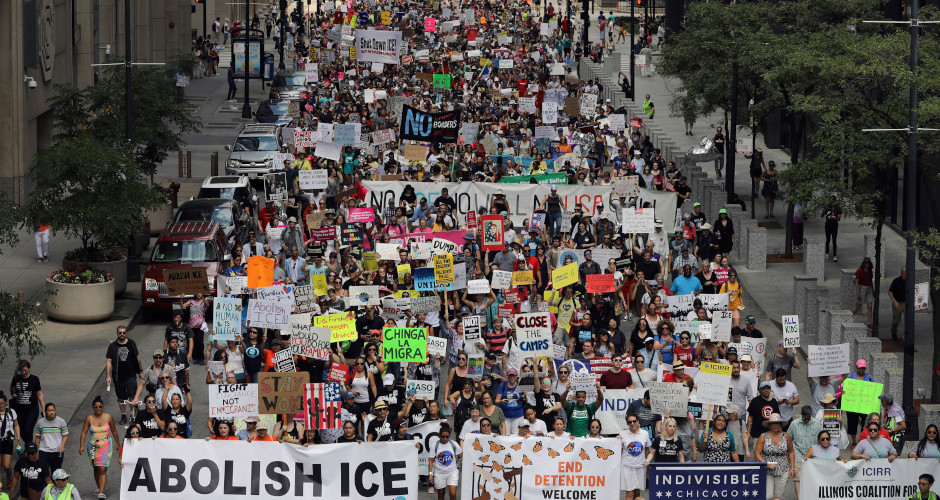 Immigration – Have we lost the ‘Rule of Law’?

I for one would like to know what happened to the rule of law in our country. There was a time when if you committed a crime, you did the time. Nowadays if you do the crime by illegally entering our country, you get a free driver’s license, healthcare, and assistance from social services.

Last month, when I went to renew my driver’s license, they would not issue me a star card, only a regular license, because I was missing a second utility bill even though I had my birth certificate, passport, one utility bill, and my previous driver’s license. I actually had to come back a couple of weeks later with all of the information again and pay an additional $15 Dollars.

Excuse me, but there is something wrong with States issuing driver’s licenses to illegal aliens by using the excuse that they will be more likely to carry insurance. New Mexico has already proven that theory to be wrong as they found that it did not increase the number of drivers who carried insurance.

We have a broken system in our country when it comes to immigration and we all know that it has to be not only reformed but also enforced. America has been on a dangerous path for the past 30 years by not enforcing our immigration laws and eventually, this will be the downfall of our country and life the way we know it.

It seems every time a special interest group doesn’t like some rule that we try to enforce that have been on the books for years that that rule/law becomes the target of protests by these special interest groups and it must be stricken from the books or revised. This is especially true with this new majority of immigrants and their supporters who are having great success in breaking these rules with absolutely no consequences.

You can’t just allow people to break the rules they don’t like because eventually, they will change our laws to fit their needs and the republic as we know it will no longer exist. The illegal immigration problem is primarily the fault of big businesses’ greed as they have been trying to open the floodgates for cheap labor for far too many years.

It is also a consequence of having so many free giveaway programs like healthcare and housing assistance. We have these huge advertisements at our borders that say, come to America, we have an abundance of jobs, free healthcare, free housing, free education for your children; you just name it and we will offer it for free. We are on our way to a tipping point where the immigrants who have migrated to this country will be the swing vote in our election process and that is when it will all change.

If you think this is nothing but speculation, think again. We have about 330 million people in our country and it has been estimated that those that are illegal number between 20 and 30 million. Believe me that the day of reckoning is not very far into the future if we continue on this path.

We finally elected a president who is not afraid to stick to the rule of law and this roundup which he has called for is perfectly legal as he is only going after the most egregious criminals who have already had their day in court—many of whom did not even show up for their hearings. All of this protesting by the left is a bunch of boloney and politically motivated.

Trump is the only president that has been willing to do something about this growing illegal immigration problem and he has become the target of all of the left’s criticism. We need to support the president in this roundup or we might as well forget about the rule of law and open all of our borders to anyone who wants to come here.

Once this happens, they will fleece our country of jobs and free services along with attacking our taxpaying citizens who don’t seem to have a say anymore in how this country runs. If Trump does not win this next election, you can look forward to even more illegals crossing our borders and we will lose any opportunity we currently have to take our country back and keep the rule of law.