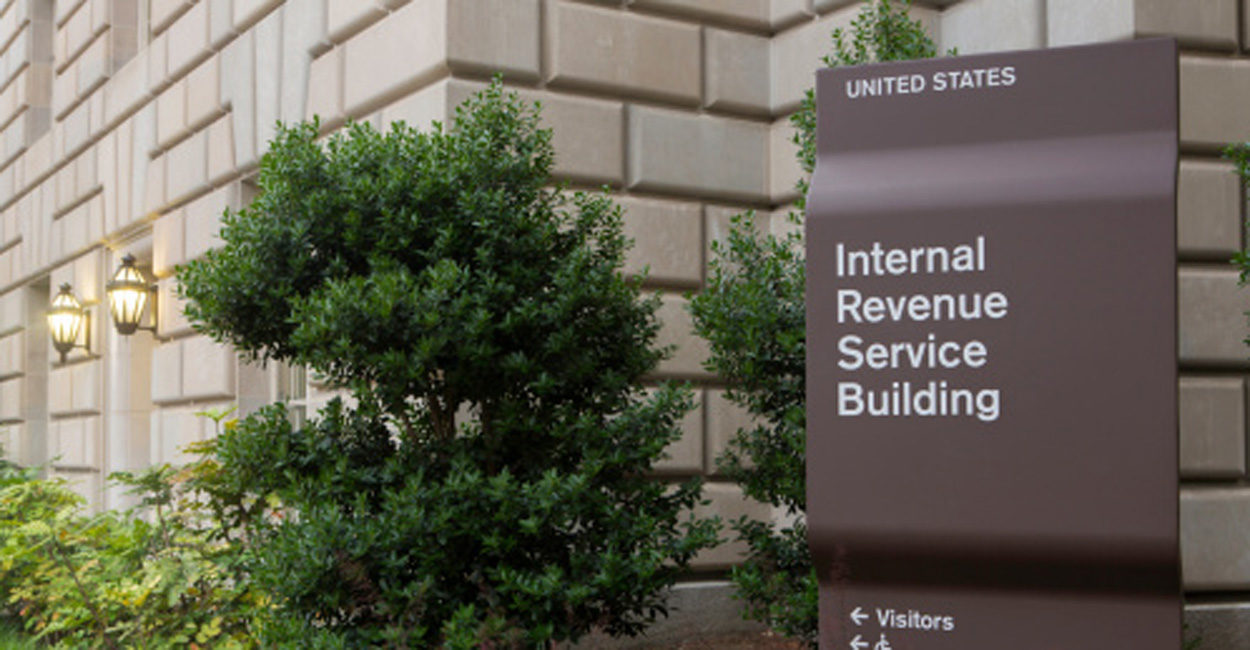 The Internal Revenue Service seized $446,000 from the bank accounts of brothers Jeffrey, Richard, and Mitch Hirsch in 2012, claiming a “structuring” violation against the owners of Bi-County Distributors Inc. for making multiple bank deposits of less than $10,000.

The government never charged them with a crime, nor gave them a hearing to enable them to contest the seizure, but after intense national media attention to the case, the government returned the funds.

The case was among many that highlighted an abuse by IRS agents known as legal source structuring that allowed the tax collection agency to use a law, the Bank Secrecy Act, intended to combat money laundering, to seize assets.

President Donald Trump signed a bipartisan bill Monday to force greater accountability on the IRS in the property seizures, as well as protect taxpayers from identity theft, boost whistleblower protections, and modernize the tax agency.

“We just finished signing, the important signing, of the Taxpayer First bill, the IRS Taxpayer First, which is a tremendous thing for our citizens having to deal with the IRS,” Trump told reporters after the signing. “It streamlines and so many other changes are made. That was just done and signed. It’s been made into law. So we are all set on that.”

The new law, the Taxpayer First Act, requires the IRS to show probable cause that the smaller transactions were made in order to evade financial reporting requirements.

Legal source structuring laws kick in when large financial transactions are broken up into smaller transactions, which sparks suspicion from the IRS. If dividing up transactions is done with the intent to evade bank reporting requirements, it’s illegal, and the IRS can seize assets.

A 2017 audit by the Treasury Inspector General for Tax Administration found no evidence of underlying crimes in 91% of the structuring cases examined in a sampling.

The IRS used the power in 2,500 cases between 2005 and 2012, gobbling up $242 million in assets, according to the Institute for Justice, a public interest legal group. Of those, one-third involved only allegations of structuring, and not other alleged wrongdoing, the institute found.

The provision of the Taxpayer First Act largely codifies rules the IRS had already made in response to public pressure, but unlike laws, regulations can be overturned administratively.

The new law further requires a hearing within 30 days of an assets seizure.  It also establishes an independent office of appeals within the IRS for taxpayers.

“This is a long time coming,” said Jason Snead, senior policy analyst at the Institute for Constitutional Government at The Heritage Foundation. “There have been many noted abuses in cases not derived from illegal behavior. I hope this is the beginning of a longer process to reform the civil forfeiture laws.”

At a time when Congress has had a tough time agreeing to any major legislation, the Republican-controlled Senate and Democrat-controlled House voted overwhelmingly in favor of the legislation.

“This bipartisan, bicameral bill represents years of hard work and consensus building,” Senate Finance Committee Chairman Charles Grassley, R-Iowa, said in a statement after its Senate passage. “It’s a big first step toward strengthening taxpayer protections and turning the IRS into the customer service organization it ought to be.”

It requires the IRS to submit to Congress a plan to make the agency more efficient by modernizing technology, and to enhance cybersecurity to protect taxpayer data.

The law further includes a provision to help prevent identity theft. It also expands to all taxpayers an existing program that previously only allowed victims of tax ID theft to obtain a personal identification number (PIN) that better secures their identity.

“Americans interact with the IRS more than any other federal agency,” said Sen. Ron Wyden, D-Ore., the ranking member of the Senate Finance Committee, adding:

Passage of the Taxpayer First Act will modernize the agency, allowing it to better serve taxpayers.

With the recent conservative victories related to tax cuts, the Supreme Court, and other major issues, it is easy to become complacent.

However, the liberal Left is not backing down. They are rallying supporters to advance their agenda, moving this nation further from the vision of our founding fathers.

If we are to continue to bring this nation back to our founding principles of limited government and fiscal conservatism, we need to come together as a group of likeminded conservatives.

This is the mission of The Heritage Foundation. We want to continue to develop and present conservative solutions to the nation’s toughest problems. And we cannot do this alone.

We are looking for a select few conservatives to become a Heritage Foundation member. With your membership, you’ll qualify for all associated benefits and you’ll help keep our nation great for future generations.

Fred Lucas is the White House correspondent for The Daily Signal and co-host of “The Right Side of History” podcast. Lucas is also the author of “Tainted by Suspicion: The Secret Deals and Electoral Chaos of Disputed Presidential Elections.”Send an email to Fred.