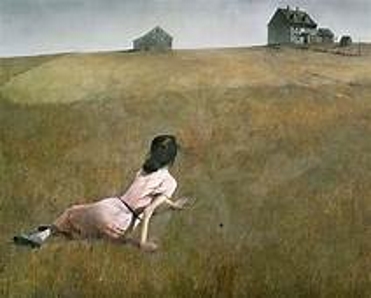 I have been thinking a lot about the Earth lately. In a large sense it is the only home I have known. The Earth used to be something I took for granted, but not anymore. Are we poisoning the Earth?

Let me count the ways. Plastics, insecticides, fertilizers,, radioactivity, oil spills, drugs – legal and illegal, vaccines, additives, chem-trails (maybe), sewage, metal extraction and refining, automobiles, staying warm or cool. New ways are being discovered all the time. If we are poisoning the Earth then we are poisoning ourselves.

In 1970 we had the first Earth Day. I was in High School and we were organized into groups of our homerooms to go out and pick up trash by the roads around town. There was lots of trash along the roads. People (including us) used to toss burger wrappers, cigarettes, or anything we didn’t want in our cars out the window, although glass bottles were frowned on even then. Wild animals could step on broken glass and bleed to death. When I was four I got a nasty cut walking barefoot on a beach and I had to get stitches. Some thoughtless riffraff of a human being had broken glass on that beach.

It wasn’t until Rachel Carson with “Silent Spring”, and Ladybird Johnson started promoting the “Susan Spotless Campaign” in the 60’s that I noticed much public awareness starting to acknowledge there was a problem. In the later 60’s, the rock musical “Hair” had a song about air pollution called, ‘The Air.’  ”Welcome, sulfur dioxide. Hello carbon monoxide. The air, the air, is everywhere,” it went. That was the first time I had ever heard about chemistry in a song. DuPont used to put on commercials hailing, “Better living through Chemistry,” while producing DDT, PCB’s and Agent Orange for Viet Nam. But Monsanto and Dow Chemical also produced them. This stuff doesn’t seem to go away easily like moisture or Mount St. Helen’s ash does.

I remember touring a sewage treatment plant in the 70’s and the tour guide showed us a clear glass of water that he said was the end product of their process, and was discharged back into the river. He even said he could drink it if need be. Someone in the group asked him to and he refused. Probably a good idea since even sewage treatment plants can’t seem to strain out some prescription medicines people swallow. There are even microscopic plastic nodules in toothpaste for polishing teeth that end up in the ocean that plankton are small enough to eat, and it kills them.

Plastic in the ocean is a big problem. Fish and birds are attracted to the colorful plastics that look like fishing lures, and the fish and seabirds get full enough and die. Now there is a challenge for us to use our Yankee ingenuity on. I would rather the War Department declare war on plastic in the ocean then on Iran. If not war, then how about a major police action per usual? I am never sure if I should pick paper or plastic at the grocery store. Plastic pollutes and paper causes deforestation. The Scylla and Charybdis option.

Speaking of fish, I use to love fishing when I was younger and less sensitive. I didn’t like to eat fish though. I would rather have had a hamburger than a trout. Our freezer used to be full of fish I had caught over the summer and my Mom would eventually give them away or throw them out, but I was fulfilling the time honored rites of passage of learning how to provide for my family as most boys did for millennia. With all I spent on tackle and bait I could have bought a nice salmon at the grocery store for far less. As I got older I also got squeamish. The thrill I got from landing a fighting trout came to reflect some poor creature fighting for his life while I tortured it. We were told by fisherman that the fish couldn’t feel it but who knows? Trout always have the same expression on their faces, but even more so as they are gasping for air. At any rate, I wasn’t providing for my family. They didn’t need or like fish either. A hundred years ago I may have been but not these days. One solution is Catch and Release to maintain fish populations, but is still sort of torturing the poor devils. I also understand a significant number of them still go belly up a few days later from the trauma.

The Left seems to have captured the environmental movement. Because the Left raises the alarm about pollution we tend to dismiss their cries because they exaggerate other issues like the threats to humanity of historic family values, and Christianity. But we on the Right are like the shepherds who quit listening to the little prankster crying ‘Wolf!’ Maybe they sometimes have a point? Conservatives and Liberals all breathe the same air, and drink the same water, so if they are concerned, shouldn’t we take a closer look? One would think Conservatives would be Conservationists, and so we are. Private Property trumps the Tragedy of the Commons any old day, but it is so local. I have a libertarian friend who can think of a libertarian solution for anything, but he does admit that the Oceans and the Atmosphere are a bit tricky. Global Governance? Forget it. Power corrupts especially at the higher levels.

“The Land belongs to God and we are just sojourners while we are here,” but we do have a stewardship duty. I believe God built in environmental solutions for us, at any population size, and we just have to discover them, but first, do no harm. Our ancestors didn’t know they were making a mess because there was always a frontier and they could move away if the neighborhood got too unsanitary. However, the Frontier was all but gone 100 years ago, and we can’t move away, or throw away. There is no away. It is not a Left or Right thing because it is Common Cause, and a Common Cause issue(s) should make us natural allies.