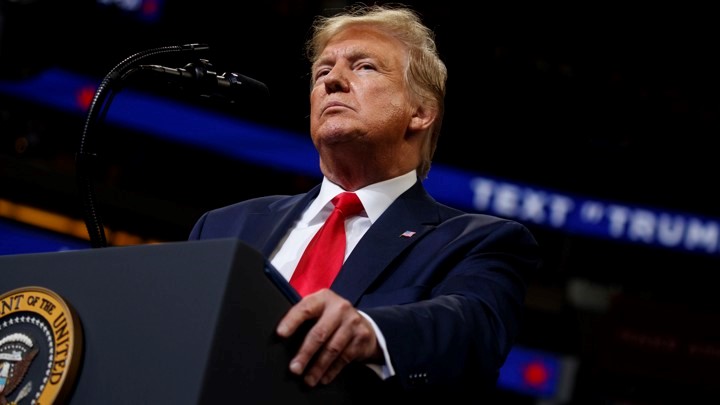 The Democrat Plan to ruin America is very clear. California Governor Gavin Newsom gave it away just days ago. Thank you, Gavin. The truth will set us free.

Newsom argued in a Politico interview that the national GOP under President Trump is an exact repeat of the California GOP under Governor Pete Wilson in 1994. He argues that Wilson destroyed the GOP in California by campaigning for a law to limit spending on illegal aliens. From that point on, California became a lost cause for the GOP. Newsom claims that’s exactly what’s about to happen to the national GOP.

He’s right. Guess who lived in California in 1994? Yours truly. I was a witness. 1994 was the beginning of the end for the California GOP. From that point on, California became a foreign socialist state.

But not because of Pete Wilson’s push to protect California taxpayers from foreign invasion and bankruptcy. Actually, Pete Wilson won re-election. The citizens of California voted for his plan.

Democrats immediately realized they couldn’t beat the GOP among American-born voters. So, they violated the Constitution, opened the borders and let the whole world in. That’s how they beat us. And the dumb, cowardly, California GOP let them do it.

That’s how Democrats turned the red state of Ronald Reagan into a dark blue state. They couldn’t beat us, so they changed the demographics. The foreigners now outnumber and out-vote the American citizens. And Republicans will never win again in California.

California Dems made sure the people of Mexico and other foreign countries understood the borders were open, no one would ever be sent back, and Democrats would give them every form of welfare for free.

Then they gave illegals driver’s licenses. They registered illegals automatically at DMV. They made sure there was no Voter ID at the polls.

Recognize the plan? Gavin Newsom gave it away. This is now the national plan for Democrats. Make the whole country into California. “Make America Foreign Again.” California was just the trial run.

Here is a list of 10 Executive Orders to stop illegal immigration and make America safe from illegal invasion.  Democrats will howl, call us “racist” and sue. Who cares? Let the Supreme Court decide. I’m betting we win most of these battles.

This is how we save America, make it safe again and “Make America, American Again.”