Supreme Court Gets It Right on Redistricting Decision 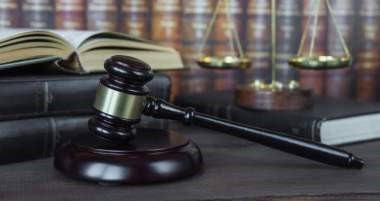 Supreme Court Gets It Right on Redistricting Decision

The members of the U.S. Supreme Court decided 5-4 on Thursday that it is not their place to involve themselves in the political question of the redistricting practices of state legislatures — popularly known as gerrymandering. It was a huge victory for the Constitution and the role of the states in our federal system.

After evading the question for the past few years, the court finally looked at two cases — one in Maryland, in which legislative Democrats drew congressional districts favorable to their political party, and another in North Carolina where Republicans did the same thing.

Because the federal census determines the number of persons in each state so as to reapportion the number of seats each state is entitled to in the U.S. House of Representatives, congressional districts occasionally need to be redrawn to reflect changing populations. The drawing of congressional district boundaries was left to the legislatures of each of the several states.

This practice of drawing congressional districts to the advantage of the political party in power in the state legislature has been long known as “gerrymandering,” named for Connecticut Governor Elbridge Gerry, who notably led the drawing of a congressional district that looked amazingly like a salamander. Because of that, his name was combined with the word salamander, and the term “gerrymander” has been used for over 200 years for the practice that has been employed on a regular basis by all political parties who are able to do it.

How can a state legislature draw congressional district boundaries to the advantage of the party holding a legislative majority in the state?

Typically, what is done is that state legislators will put as many of the minority party’s strongholds into as few districts as possible, in effect “giving” the minority party one or two congressional districts, so as to make the election of a member of the majority’s party more likely. In recent years, the Democrats have tended to complain the most about the practice because supporters of the Democrats tend to be more concentrated in big cities such as New York City, Los Angeles, Chicago, and Philadelphia. In other words, most congressional districts in a major urban center may run up huge Democrat majorities, while Republicans are more likely to carry rural areas, albeit by smaller majorities. This is not even gerrymandering — it is just a natural consequence of where Democratic Party-supporting voters are more likely to live.

When reduced to its essence, the present arguments over congressional redistricting expose the stark reality that the Left simply does not like our form of government, or even what our founding documents consider the very purpose of government.

Think Progress, in an article on their strongly left-wing website last year, made it very clear that what they want is for the Democratic Party to win more seats in Congress and in the various state legislatures, and they wish to alter our form of government, transforming us from a federal republic into a unitary democracy.

The upshot of Think Progress‘ analysis is that Democrats can win a majority of the vote in House races across the country, and wind up with fewer seats — and they want to see that change. According to them, if more people vote Democrat across the country than Republican, there should be more Democrats in the House of Representatives. But in the United States, we use “single-member districts.” This means that the national vote has no impact on what a specific congressional district decides. The voters in the fourth congressional district of Oklahoma determine what person will represent them in the House of Representatives, and the voters in a district in San Francisco are free to choose Nancy Pelosi. Each district’s vote has no bearing on the outcome of the other’s election, no matter the winning margin. A person is elected to represent the people of his or her district, not the country as a whole, and certainly not a particular political party.

Think Progress clearly laments that the national popular vote does not determine the party make-up of Congress. For example, they note about a newly appointed Supreme Court justice, “In 2017, when Neil Gorsuch was confirmed to occupy this seat, the 45 senators who opposed his confirmation represented more than 25 million more people than the senators who supported him.”

This remark demonstrates the hypocrisy of the Left. The very reason that the increasingly partisan bickering over Supreme Court nominees is so intense is that everyone realizes that the political ideology, not the law or the Constitution, often guides the rulings of the members of the federal courts. For all their supposed commitment to making sure the will of the majority prevails, they were fine when the federal courts overturned Proposition Eight in California — which held that marriage in the state was between one man and one woman.

According to the Left, with the redistricting debate, the only “solution” is to abandon the federal system created by our Founders, replacing it with a parliamentary democracy with a unitary centralized government system. But the United States was created as a military coalition of separate, independent states against the very centralized form of government of the British, which had that type of system, and was dictating to the colonies about what to do on local matters.

In this case, the Supreme Court made one of its best decisions in years — by ruling that under our political system, such political decisions as congressional redistricting are simply not theirs to make. It is refreshing, and it would be even more refreshing if all three branches of the federal government took that position on more issues, leaving state decisions to the states.

Steve Byas is a college history and government instructor and author of the book History’s Greatest Libels.