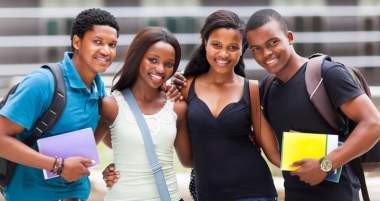 A troubling new study by the National Association of Scholars reveals that a number of American colleges have returned to the premise that separate but equal is, in fact, equal.

The study is entitled “Neo-Segregation at Yale” and is part of a larger project, Separate but Equal, Again: Neo-Segregation in American Higher Education. According to the report, other parts of the project include historical examinations of neo-segregation at Wesleyan University and Brown University; a national survey of neo-segregation at 173 colleges and universities across the country; and a substantial interpretative essay on the findings. The report indicates that there may be additional case studies as well. The goal of the project is to analyze and understand what appears to be a transition from the original goal of integration on college campuses to segregation.

This study of racial segregation at Yale University is part of a larger project examining neo-segregation in American higher education in the period 1964-2019. During those fifty-five years, many American colleges and universities that initially sought to achieve racial integration found themselves inadvertently on a path to a new form of racial segregation. In the old form of segregation, colleges excluded black students or severely limited the number who were admitted. Similar policies were applied to other minority groups. By contrast, in the new form of segregation (neo-segregation), colleges eagerly recruit black and other minority students, but actively foster campus arrangements that encourage these students to form separate social groups on campus.

The study cites numerous examples of this sort of neo-segregation:

85 percent of the colleges have “multicultural centers”

The authors also noted the numerous segregated ethnic and racial clubs on college campuses, but could not provide specific percentages related to those clubs based on uncertainties about the criteria for joining those clubs. For example, they noted that a “Spanish Club” could be for students learning Spanish, but could also apply to students who are of Latin-American origin. Uncertainties such as that made it difficult for the authors to determine exactly how many campus groups were segregated based on race and ethnicity, but they did note that of the 173 colleges they reviewed, just one had no segregated clubs — St. Louis Christian College, an 82-student college.

What’s more, the study’s authors found that the arrangements at these colleges “are ostensibly voluntary” but noted that it was not easy for students to opt out of those arrangements, perhaps intentionally:

The voluntary character of neo-segregation is illusory. Colleges encourage minority students when they are still in high school to apply as minority students and to capitalize on their minority identities. Many colleges have “diversity fly-ins” where they invite minority students, usually at the college’s expense, to special segregated sessions that sell the college as an attractive destination. The students who attend as recognized minorities often receive benefits, sometimes in the form of extra financial aid: a practice that is illegal but still widespread. When these students arrive, they are often conscripted into a segregated orientation. Those steps are “voluntary” in name only. It would take an unusually adroit and determined student to avoid them — and a very brave one.

The lengthy study makes several interesting conclusions regarding the harmful effects of campus segregation based on its thorough examination of segregated systems and policies on Yale’s campus.

The authors contend neo-segregation creates a “breeding ground of racial conflict in American society” and helps to perpetuate the “victim identity” of minority groups:

Neo-segregation inculcates in young people the readiness to cling to a victim identity at the expense of becoming a positive member of the larger community. No doubt a large portion of the racial grievance politics we see in society at large these days is the carefully nurtured product of campus neo-segregation.

The authors observe that campus segregation furthers the divide between races because it “motivates an unending search for evidence that the larger community is hostile to the minority group.” The report contends that terms such as “microaggressions” and “implicit bias” are weapons used to create anger and suspicion that compels students to isolate themselves.

Segregation of racial and ethnic groups is intended to benefit the members of the minority groups who are thought by their college administrations to be vulnerable and in need of the life-enhancing benefits of group solidarity. The most readily apparent harm from such segregation is that it fosters a sense of insecurity. The members of the segregated group are taught to fear other groups, especially white students. They are encouraged to see themselves as victims or potential victims, and as heirs to past grievances. Training students to see themselves as vulnerable to the transgressions of a larger, intolerant or bigoted community is poor preparation for life in American society. Students who venture outside the segregated bubble may indeed encounter some hostile attitudes and racial stereotypes, but surely it is better to learn how to deal with these realities than to hide from them.

The authors also attribute neo-segregation to the “multiculturalism” agenda that has dominated institutes of higher education:

It is important to recognize that neo-segregation is the main wrecking ball in the effort to demolish America’s sense of itself as “one nation.” Our national unity has never been all that secure a thing. After all, as a nation we are a composite of peoples of different ethnicities, historical experiences, regional subcultures, religions, and aspirations. Securing the blessings of liberty along with mutual toleration and a love of country has often demanded a great deal of ingenuity from both our leaders and from ordinary people.

Multiculturalism, though often presented in a spirit of joyful celebration of our differences, aims at something vastly different from love of country. It aims to elevate our differences above our commonalities.

The authors are hopeful that their study will bring to light this widespread phenomenon that has been vastly underreported so that these systems can be dismantled. However, they are aware that some readers may be delighted by the findings in the report as neo-segregation under the guise of multiculturalism and diversity enrichment is, for many on the Left, the very goal.