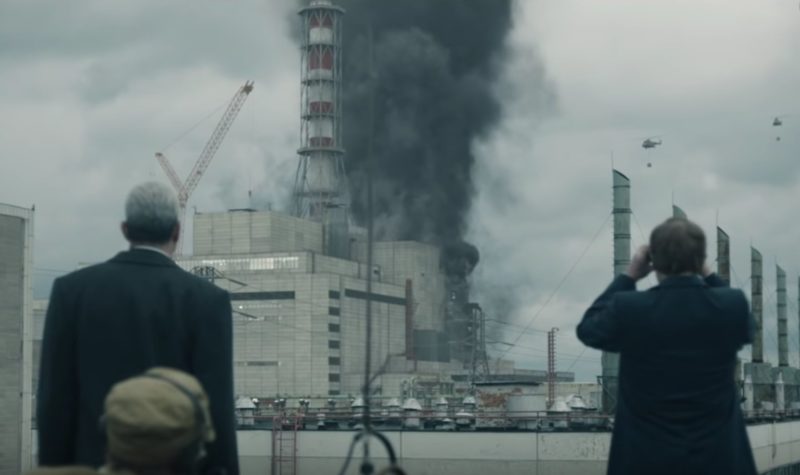 As a nuclear physicist, I can report that HBO’s Chernobyl was sensational fiction inspired by real events, not a factual documentary.  Melting faces makes for riveting television, but is no more realistic than the zombie cannibalism in the Walking Dead.

It is vital that viewers understand that nuclear energy is perhaps our best source of electricity.  Frightening people away from clean, abundant, safe and affordable nuclear does the world a great disservice.

Here’s an example.  Late in 1972 a horrific story broke to the world. The story of Uruguayan Air Force flight 571.

The chartered flight was flying a college rugby team and members of their families from Montevideo in Uruguay to Santiago in Chile, for a rugby game. There were five crew on board, in addition to 40 passengers.

As the aircraft crossed the frozen Andes the pilot made a tragic navigation error and descended towards what he thought was Pudahuel Airport. The aircraft struck a rocky ridge projecting from a mountain. Both wings sheared off and like a toboggan the aircraft fuselage raced down the steep snow-covered slope to come to rest on a glacier. Of the 45 on board only 33 survived the crash. The pilots were killed. During the freezing night which followed, five more died. Seventeen days after the crash an avalanche struck the wrecked remains and killed eight more starving people.

The seventeen remaining starving half-frozen survivors were all devout Catholics and were highly responsible moral people. They were facing starvation and certain death as the dead lay frozen outside in the snow.

After much personal agonizing and prayer they collectively took the dramatic decision to eat their dead team members. One of the team was a medical student and he, over a few days, explained that certain organs, plus the brain, contained valuable nutrients. So they ate those as well as the human flesh.

After a staggering 72 days they were rescued, two days before Christmas. That is how the world came to learn of the story. After an initial horror reaction, people around the world sympathized as they learnt that the survivors prayed over their dead comrades and carved up the bodies with great reverence and respect. The survivors won over the hearts of the public.

A TV series was made of this agonizing tale and I watched it. It was good and accurate. However imagine if decades later a TV producer decides to make another TV series of that story. Imagine that the series comes out and is aired. It reasonably accurately tells the story of the aircraft crash, the fractured fuselage slide in the snow and the desolation. But then an episode shows survivors whooping and smashing bodies to pieces with sledgehammers and axes. They tear out livers and smash skulls, to greedily eat the brains. Then after dinner a survivor plays a wild drumming rhapsody on the aircraft fuselage, using human bones as drumsticks. The survivors sing along.

How do you seriously think that a TV public would respond? Would they exhibit sympathy and understanding, or revulsion and disgust. Would they call for forgiveness for the cannibalism, or would they demand prosecution.

The HBO-produced TV series ‘Chernobyl’ is a case in point. Chernobyl happened. It is a part of history. People died.  Things went wrong. Yet today tourists visit the Chernobyl area and wildlife thrives. So what actually happened?

HBO apparently recorded record viewership figure. Good for their income, but was it honest income, income to be proud of?

As a nuclear scientist I can tell you that the fundamental story of the sequence of events during the portrayal of the Chernobyl accident were correct. Issues around governance and procedure as portrayed were essentially correct.

But the blood and skin peeling scenes were not. Sadly the producers lied – intentionally, to gain box office income. They succeeded in the income goal. But they insulted we nuclear scientists and insulted the intelligence of those viewers who knew a bit more science than most. They also led many other viewers down a twisted path to further ignorance and confusion, which certainly should not be the objective of a history documentary.

The series tended to show the Soviet authorities of the day as uncaring and unskilled. That was not true. Yes that period of history was during the formality and the rigidity of the Soviet communist system of the era. Yes, the military-type hierarchy of the time did play a role.

However in reality Russian nuclear scientists had for some time worried about that type of Chernobyl reactor design and had voiced concerns to the senior authorities. Albeit slow, a response was taking place. Tests of failure systems were being carried out.

Chernobyl had been ordered to carry out one such test, to test the speed of response to a failure. So such a test was set up. Chernobyl staff were instructed to create a deliberate failure mode situation, to see how the reactor responded. This was arranged and was supposed to have been done in the daytime, when the main skilled team was on duty. But the high district demands for electricity caused them to delay the test until around midnight, when the lesser calibre night-duty team were on duty. In addition, the more senior decision makers in the line-of-command had gone home.

To clip all the technicalities very short; when the intentional test procedure started to go wrong, worried Chernobyl technicians made some wrong moves and rapidly compounded the unfolding drama. As the reactor went out of control a fast line of communication via local HQ to Moscow did not function; the seniors had gone home.

That reactor-type had been built to an out-of-date design containing a large amount of highly combustible graphite. It caught fire. Somebody correctly called the fire brigade. They responded as they should have and attacked the fire, as if it were a burning woodworking factory. That was a mistake. The firemen bravely attacked the flames – without fully realizing that the smoke was carrying radioactive dust and other crud. Lumps of burning graphite which lay scattered around contained radioactive debris from the initial gas blast that blew the reactor to pieces.

Other first responders were also brought in; police, military, helicopter pilots, who all did their duty, as they would have in any other major fire.

But there was radioactive dust and smoke being swirled around.

Human bodies do not become radioactive in a situation like that. What can happen is that someone, like a fireman, leaves the scene with radioactive dust on his clothes and maybe in his hair. Any radiation protection officer present would then make him take off all his clothes and take a good shower, before going home.

Firemen were not radioactively contagious, as portrayed by HBO. A fireman could not have irradiated his pregnant wife at home as HBO claimed. Her baby could not have died of heart and liver disease as a result. That is pure HBO bunk. Something like playing a tune on the aircraft fuselage in the Andes, using human bones as drumsticks. Very good for viewer horror, but very far from the truth. 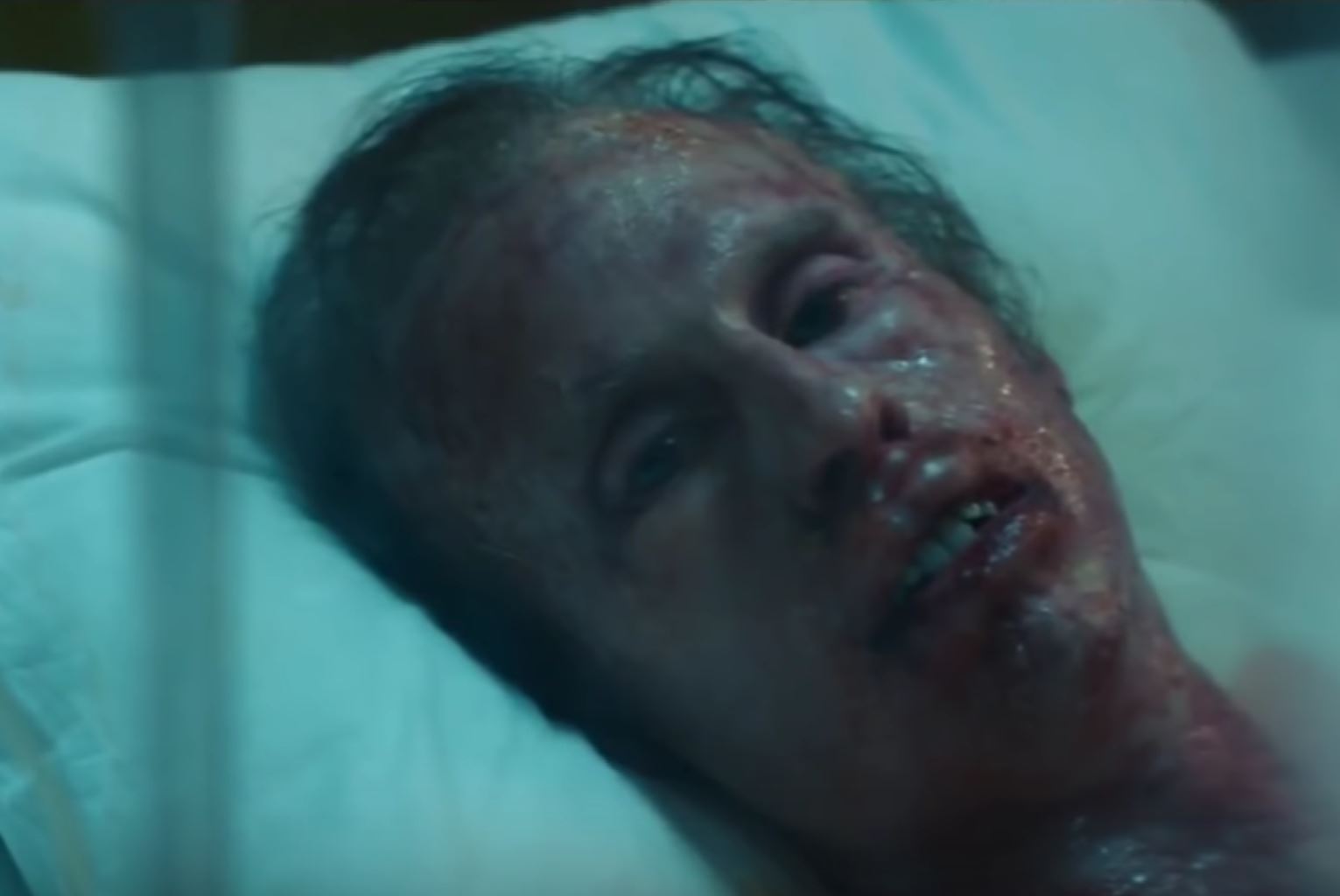 A very large dose of nuclear radiation will undoubtedly kill a person. But skin will not peel off one’s face. In fact a human can pick up a fatal dose of radiation in under an hour and not even know it. The person would go home in apparently perfect condition, but then start to feel as if he had eaten rotten fish for lunch. Vomiting would result and flu-like symptoms would set in. This would, over a couple of hours, lead to shaky hands and wobbly legs, bad vision and a general breakdown of body functions. Death would come quite quickly, in days. But in reality no viewer-riveting skin peeling off the face, or blood dripping from anywhere would occur.

After the real Chernobyl incident, 29 fire-fighters died. They died of what the medics call ‘synchronous injuries’. In other words a ‘combination of factors’. Undoubtedly radiation exposure played a major role. But those brave fellows also attacked high-temperature flames, breathed in dense toxic smoke and physically exerted themselves under terrible conditions.

It seems that HBO producers did not consult any nuclear physics specialists, or medical people knowledgeable in the field. They relied on more dramatic emotional advice.

HBO must have made a lot of money with the series. Their shareholders are no doubt very pleased. But certainly HBO has not done any service to the truth and to the education and enlightenment of viewers.