Latin America Is Pivoting From Socialism to Freedom 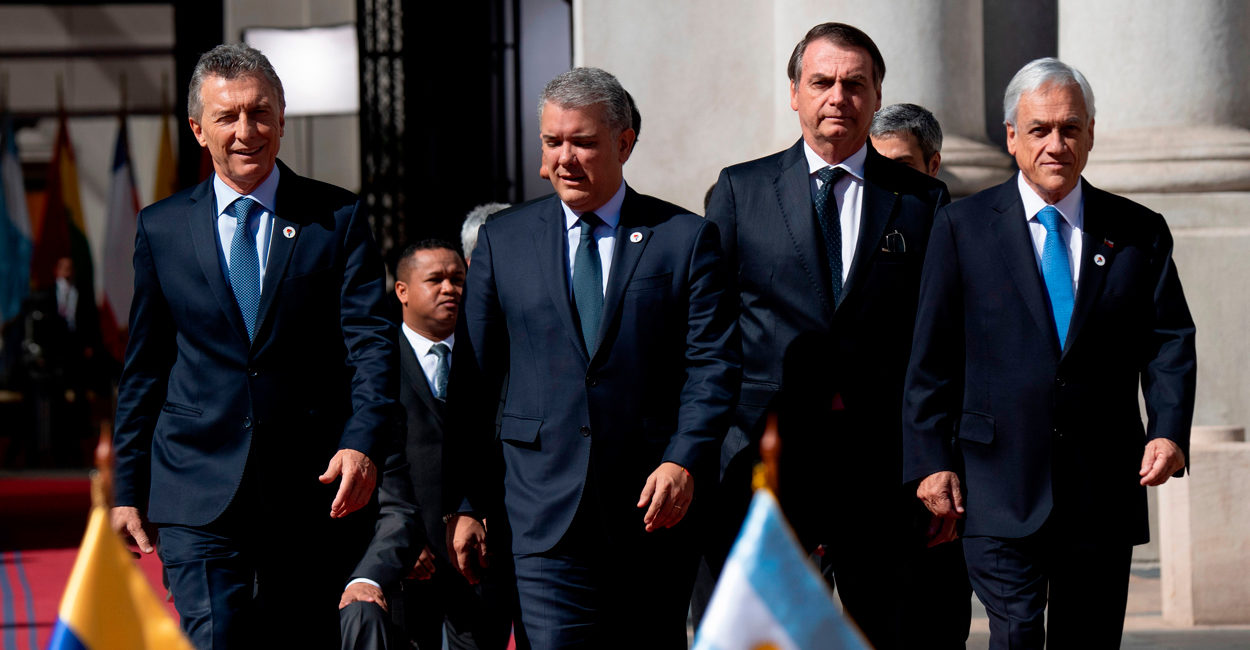 Latin America Is Pivoting From Socialism to Freedom

South America’s attempt at a leftist version of the European Union is on life support.

The regional grouping, called the Union of South American Nations, was founded in 2008 and funded by Hugo Chavez’s then-oil rich Venezuela. The group aimed at spreading Chavez’s “socialism for the 21st century” throughout South America.

In the years since Chavez’s death and the destruction of Venezuela by his socialist policies, the rest of South America has wised up and elected center-right presidents in Brazil, Argentina, Chile, and Colombia. All of them favor market democracy over socialist populism.

Those four countries have led the creation of a new group—the Forum for the Progress of South America—which, according to Chilean President Sebastián Piñera, will function “without ideology and bureaucracy, but with a total commitment to freedom, democracy, and human rights.”

This forum is meant to supplant the old leftist Union of South American Nations, which Chavez established with the former leftist governments of Brazil, Argentina, and Ecuador. Brazil and Argentina have renounced their countries’ membership in that group, as have Paraguay and Peru.

Even Ecuador, in a stunning reversal under President Lenín Moreno, has quit the old group in favor of the new—a stinging rebuke to his Chavista predecessor Rafael Correa.

It’s not hard to see why.

Colombia and Chile, leaders in the new organization, also are regional leaders in The Heritage Foundation’s annual Index of Economic Freedom.

This means they tend to enjoy greater prosperity because they respect the rule of law and promote business freedom and regulatory efficiency.

Countries in the new organization average 60 out of 100 on their economic freedom scores. Those in the Chavez-founded group average 48.3, and it would be much lower if Uruguay left the group. 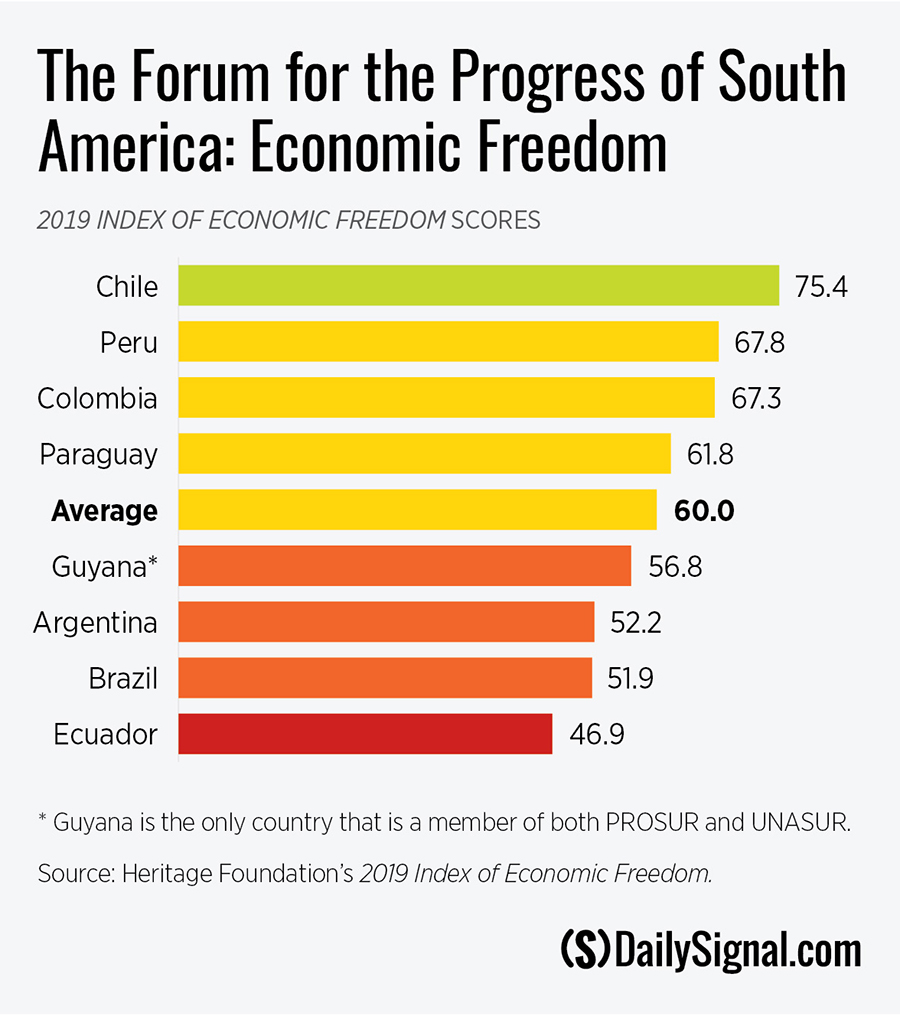 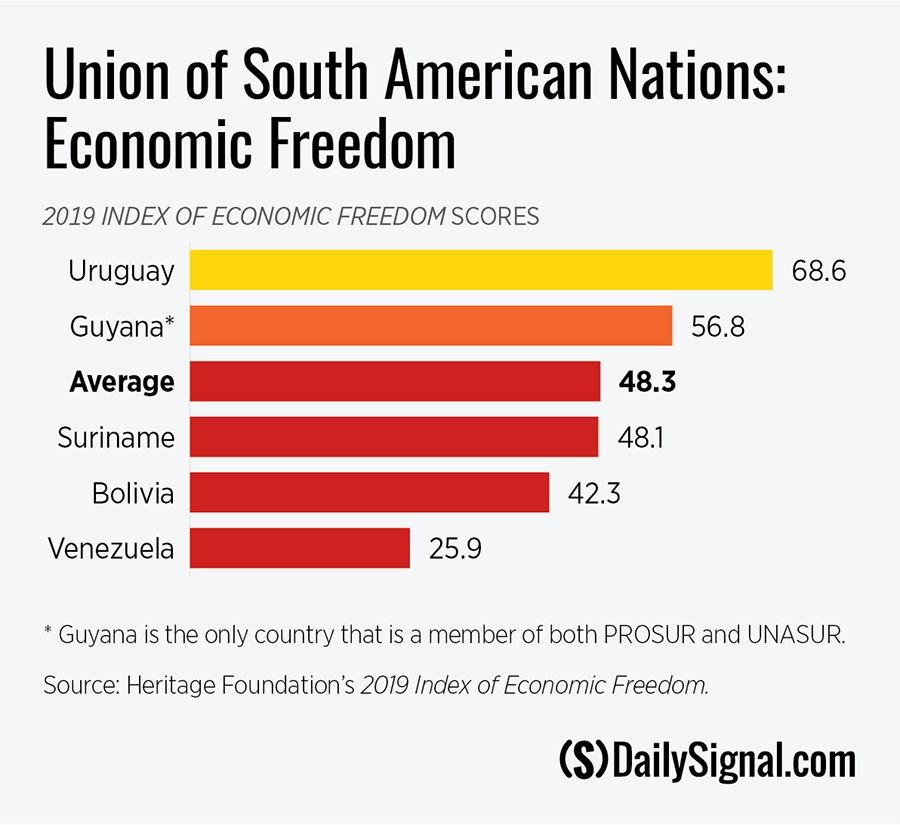 For example, land owned by farmers who were out of favor with the Chavez regime was seized by the Venezuelan government and given to small scale agricultural communes and co-ops, often run by people who lack expertise in agriculture. As a result, agricultural production in the country plummeted even as demand for food increased. 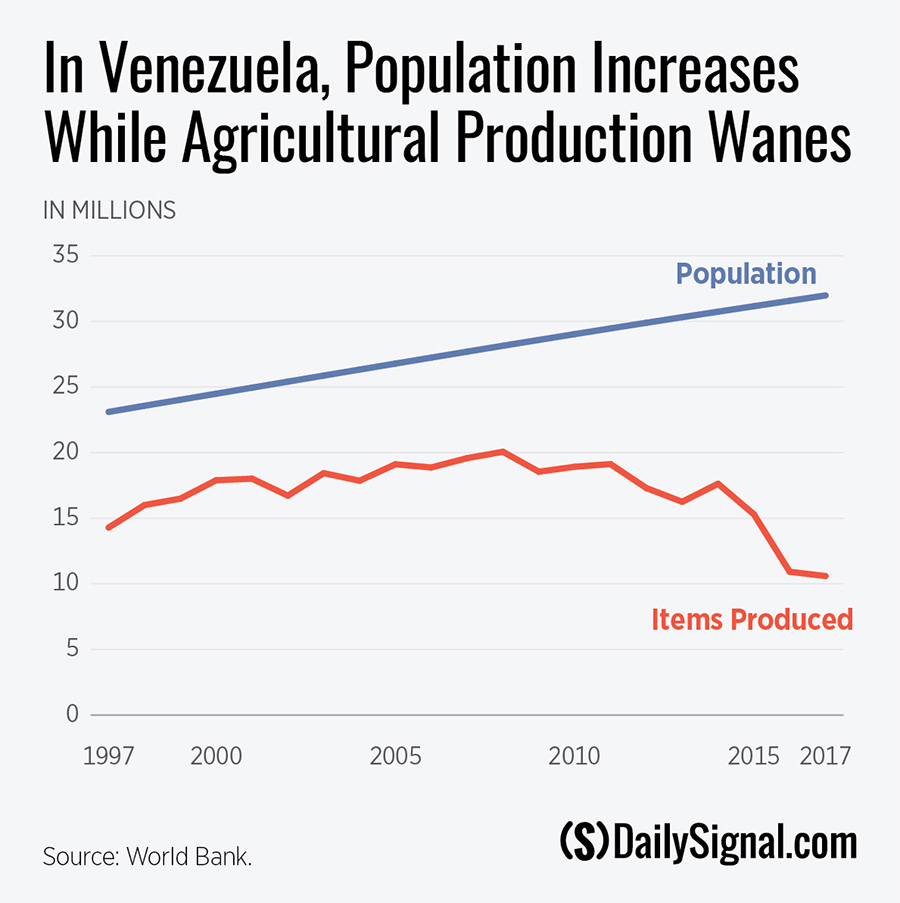 In short, countries in the old organization have stagnated or languished, and those in the new group of freedom-minded countries have made great strides in poverty reduction and economic freedom.

If South America continues this pivot, the future of the continent will continue to brighten.

James M. Roberts is the research fellow in freedom and growth at The Heritage Foundation’s Center for International Trade and Economics. Roberts’ primary responsibility is to produce the Index of Economic Freedom, an influential annual analysis of the economic climate of countries throughout the world.

Jordan Parrish is a member of the Young Leaders Program at The Heritage Foundation.