It’s About Land Use Restrictions 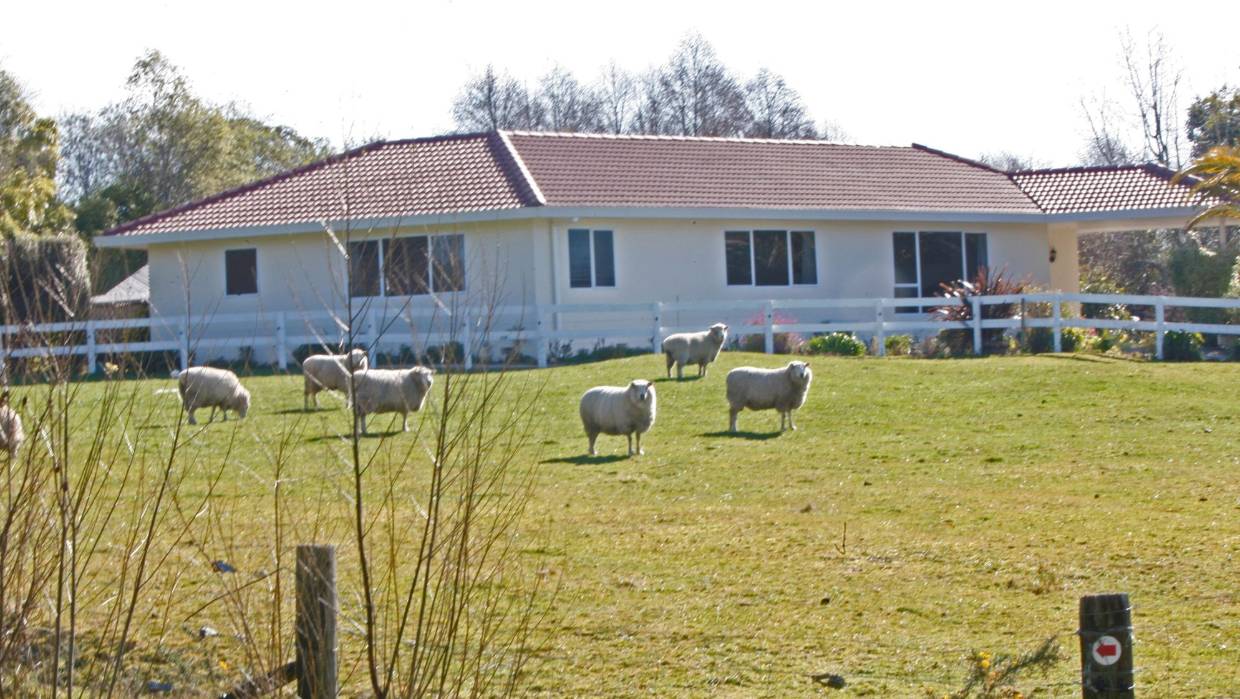 It’s About Land Use Restrictions

Non-governmental organizations (NGO) are celebrating the introduction of legislation for the “protection and restoration of certain native fish, wildlife, and plant species” on federal land called the Wildlife Corridors Conservation Act.  Rep. Donald Beyer tried this before in 2016 and according to Govtrak this new bill only has a 3% chance of passing.  The urgency came again following a 2018 United Nations report over mass extinction hysteria.  Even though intended for federal land, the caveat includes funding conservation efforts on state and private land that encourages wildlife movement and creating a council to identify priority areas on “non-federal” lands.  We all know that “council” would be NGO individuals.

Some states, such as Oregon, have passed corridor legislation, others are studying it.  While NGOs hammer the federal government for this type of legislation, they are also targeting state legislators for integration of corridors and connectivity policies into state legislation.  Idaho has an action plan as well, identifying areas throughout the state for corridors.  But the true plans are laid out by the Craighead Institute, targeting land use plans such as comprehensive plans, local zoning and ordinances, even HOAs for inclusions of such conservation drivel.

The Western Landowners Alliance, based in New Mexico, has similar goals, advancing policies for connected landscapes.  Executive Director, Lesli Allison, has started the campaign for convincing private land owners to conserve their “working lands” for migration.  Translated it means designed, regulated, and restricted use.

Ms. Allison presented this PowerPoint, called Intermingled Public and Private Lands, to the Western Governors Association (WGA) last year, describing her intentions with graphics.  Below is the most striking graphic.  As the graphic shows, the true agenda behind any corridor type is restricted and highly regulated use on all property types. 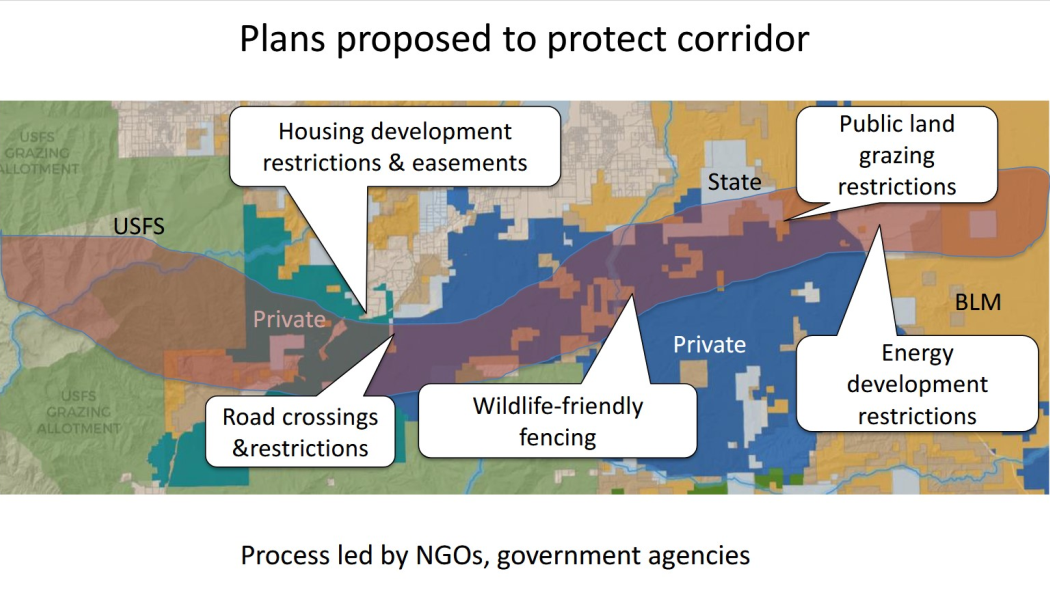 The “threats” Ms. Allison identifies in her PowerPoint include development, roads, fences, livestock, and energy.  Apparently she also thinks land owners are a threat as the process is “led by NGOs, government agencies”.  So much for her notion of working with private landowners on working lands.  Ms. Allison isn’t the only one looking at this “working lands” issue, the WGA held a “working lands” roundtable in April this year that included the Nature Conservancy and Bureau of Land Management, but no citizens.  In spite of claims that landowners should be involved in the decisions, and listened to, it is really about deceiving them on the true agenda.  The graphic shows the true intention.

If a corridor is declared on public land, the committed effort will then be plowing through private, municipal, and state land, extending the corridor from one protected area to another.  Corridors, no matter what type, will have protections placed on them for banned or restricted use.  As seen in the graphic, the purple shows how corridors provide “connectivity” between protected public land.

WARNING:  It is critical that citizens fight any reference to corridors in local land use plans such as comprehensive plans, zoning, and ordinances.  If inserted, that language will be a stepping stone for this land use restriction agenda.  When it is time for comprehensive plan updates, be actively involved so this does not happen.  Also, share this with your elected officials and private property owners with working lands so they understand what is happening.

Lastly, where is all of this coming from?  Gary Tabor, Center for Large Landscape Conservation (CLLC) president, and Network for Landscape Conservation (NLC) Coordinating Committee member, is also the Specialist Group Leader for the International Union for Conservation of Nature (IUCN) Connectivity Conservation program, the purpose of which is to facilitate species conservation through protected areas.  CLLC is also an IUCN member, just type in CLLC.  Tabor is bringing IUCN ideology to a local level, through the NLC partnerships that include federal agencies, and it is generally understood that IUCN is a UN partner.  Hello Agenda 2030.

Since information seems to mysteriously disappear off the internet once exposed, here is a copy of the PowerPoint.

Here is the link to show the layout of the article.