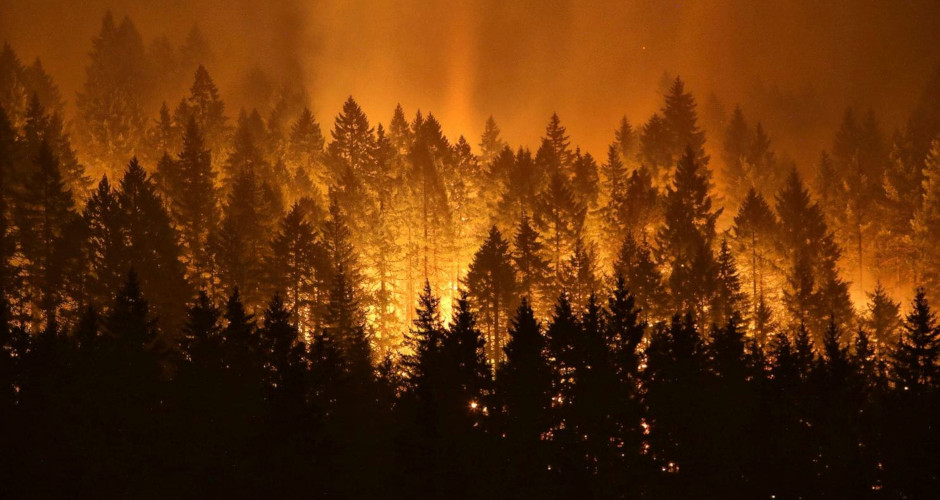 I would like to address Oregon Governor Brown’s order to arrest republican senators who have boycotted a vote on climate change funding. Here you have a governor who is worried about the carbon footprint from truckers and other carbon emitters when Oregon, like most western states, has more smoke emitted into the air with just one wildfire and prescribed burns by the Forest Service than all of the carbon emitted by all of the trucks and cars in the entire state for a year.

The truth is that Oregon Senators Markley and Ron Wyden have proposed four bills to help the public business and agricultural operations combat the effects of wildfire smoke. Business in Oregon lost an estimated $51.1 million in revenue during 2017 alone due to wildfire smoke. Oregon now has a Governor running the state that would like to burden businesses more with a new carbon tax. I’m surprised that businesses aren’t picking up and leaving the state in droves.

It is not only the wildfires that take place in Oregon that cause air pollution and serious health problems along with creating problems for businesses. Business owners in Oregon have expressed their concern about wildfires, prescribed burns and drifting smoke from other states because they have had to cancel reservations for shows and even the irreparable damage done to a furniture store owner where the smoke was so thick that it got into the fabric of the furniture in his store rendering it unsaleable. You have to wonder where the commons sense is when it comes to these crazy climate change rules and taxes that politicians want to impose on the public. In reality, the government creates more of a problem with pollution and carbon emissions than any other industry.

This carbon tax proposed by Governor Brown shows us the limited knowledge that she has regarding the problems with air pollution and how to deal with it. She believes she can tax it out of existence like so many other democrats when in reality the real problem rests with the federal government’s rules and regulations that are causing most of the problems. Carbon and smoke are being thrust into the atmosphere by the prescribed burning of our forests and the wildfires that ensue form not managing our forests correctly.

Instead of taxing people on carbon emissions, how about creating some real good paying jobs by getting back to the business of logging and clearing the floors of our forests as it would eliminate more atmospheric carbon every year than if Oregon banned driving gas and diesel-powered vehicles from its roads for the entire year or more. Most people forget that before we stopped logging our forests we had very few wildfires as the forests were actually managed for the benefit of the public and proper use of our natural resources. The U.S.F.S. is the truly the enemy and would have you believe that logging and cleaning up forests even thinning of our forests is the cause of the wildfires that ravage the west. We can’t deny history which tells us that it is the change in forest management that has caused the fires and air pollution, not the logging that we used to do.

It makes you wonder how long it will be before we have a Governor in Idaho who will make an attempt to impose a carbon tax and attempt to justify it by saying it is needed to build more efficient road systems and create a mass transit system to cut down on emissions, you may not have to wait too long. This article appeared in the Idaho Statesman in January of 2019 and Idahoans should be aware of Governor Little’s comments on climate change. Read the article here. https://www.idahostatesman.com/news/local/environment/article224663910.html

Governor Little shocked the Idaho environmental forum by admitting that climate change exists and that we will have to deal with it. He has recognized that climate change is real and said we must slow it down. Well, Governor Little is just as misinformed as Governor Brown in Oregon as he has done Little or nothing (pun intended) to fix the problem that Idaho also has with the prescribed burns by the U.S.F.S. and the wildfires that have reared their ugly heads in the past 20 years. Little along with former governor Otter backed a program called the Good Neighbor Authority which is supposed to be a shared stewardship program between the Forest Service and Idaho Dept. of Lands to protect national forests in Idaho from wildfires through logging restoration work. But it seems that this program is very one-sided when you talk to some of the county commissioners like Viki Purdy of Adams County who have been fighting for more logging and less prescribed burns which she admits cause more problems than they solve.

All we have to do is to look at our state-managed lands where we have had very few problems with wildfires and where we do little or no prescribed burns. Leaving the management of our forests up to the U.S.F.S. is like putting a blowtorch in the hands of a known arsonist and letting him run wild through our forests. We want better-paying jobs in Idaho’s and one way to get them back and increase the economic activity of our rural communities is to bring back logging our forests. All we do now is watch them burn each and every year while we deal with unhealthy air and more medical problems for our vulnerable citizens.

So while we can’t do much about Oregon’s liberal tree hugging legislature and Governor Brown, who refuse to look at history and not the pseudo-science of climate change, all we can do is make sure that Idaho does not wind up in the same boat as our neighbors in Oregon by fighting to bring back logging and mining to Idaho along with the enormous economic benefits that come with them.

(Note) A special thanks to Adams County Commissioner Viki Purdy for the important information she provided us for this article.