Google Is Gearing Up To Defeat Trump In 2020 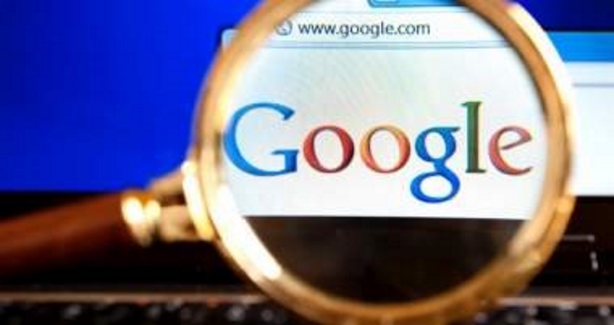 Google Is Gearing Up To Defeat Trump In 2020

A new exposé from Project Veritas shows that Google is working to defeat Donald Trump in 2020.

Project Veritas published documents from Google that demonstrated its anti-conservative bias, as well as video of a top Google executive who admitted the globe-straddling tech behemoth will use its Artificial Intelligence technology to stop Trump’s re-election.

And yet another whistleblower told Project Veritas that what Google means by “fairness” isn’t what users mean, and the anti-Trump work at the company includes rigging the auto-complete feature of its search engine to favor the hard left.

Project Veritas’ key revelation comes from Jen Gennai, Google’s chief of “Responsible Innovation,” a title itself that telegraphs what her job is: deep-sixing Trump and going to war against conservatives.

As well, “we’re also training our algorithms, like, if 2016 happened again, would we have, would the outcome be different?”

Apparently, Americans who voted for Trump don’t understand “fairness,” and so Google was forced to step in to rectify that failing and ensure his defeat.

“The reason we launched our AI principles is because people were not putting that line in the sand,” Gennai said. “They were not saying what’s fair and what’s equitable, so we’re like, well we are a big company, we’re going to say it.”

My definition of fairness and bias specifically talks about historically marginalized communities.

And that’s who I care about. Communities who are in power and have traditionally been in power are not who I’m solving fairness for.

Gennai correctly observed that the “same people who voted for the current president who do not agree with our definition of fairness.”

And whatever her love for Democratic presidential candidate Elizabeth Warren, Gennai is concerned about her plan to break up Google because Trump might be re-elected:

Elizabeth Warren is saying we should break up Google. And like, I love her but she’s very misguided, like that will not make it better it will make it worse, because all these smaller companies who don’t have the same resources that we do will be charged with preventing the next Trump situation, it’s like a small company cannot do that.

Among Gennai and Google’s kooky ideas are “algorithmic unfairness,” meaning that even if a search result is objectively true, if the truth is “unfair,” the search result might have to be manipulated.

For example, imagine that a Google image query for “CEOs” shows predominantly men. Even if it were a factually accurate representation of the world, it would be algorithmic unfairness because it would reinforce the stereotype about the role of women in leadership positions….

In some cases, it may be appropriate to take no action if the system accurately reflects current reality, while in other cases it may be desirable to consider how we might help society reach a more fair and equitable state.

Example? Typing “men can” into a search window auto-completes as “have babies.”

Why the difference? Because, the whistleblower said, the social justice warriors inside Google think “Clinton’s emails [are] a conspiracy theory and it’s unfair to return results based on her emails.”

Social justice warriors are “training the AI now,” he told O’Keefe, and YouTube, a Google subsidiary, is censoring conservatives as well.

As for fairness, it’s “a dog whistle. It does not mean you think it means,” meaning what an average Google user would think. “And you have to apply doublethink in order to understand what they’re really saying.” For the social justice warriors inside Google, “fairness is that they have to manipulate their search results so that it gives them the political agenda that they want.”

Google, he said, is a “highly-biased political machine that is bent upon never letting some like Donald Trump come to power again.”