Your Property Taxes are Due! No Quarter Given. 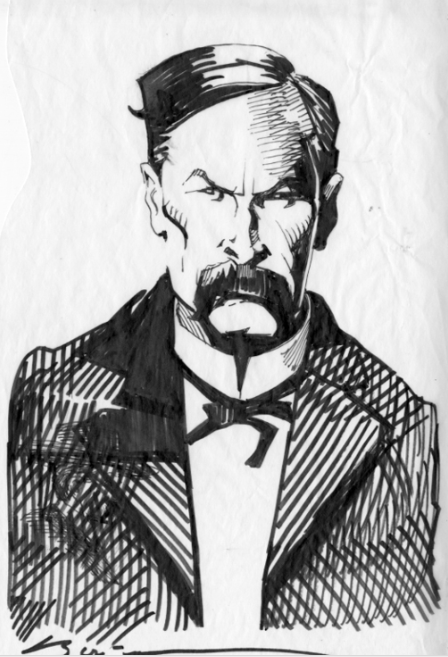 Your Property Taxes are Due! No Quarter Given.

This is sort of old news but

When I took office as Spokane County Treasurer in 2011, as a dark horse candidate, I felt as though I had been given Dorothy’s Ruby Slippers, but I didn’t know how to use them. To make matters worse just a few weeks into my term, my Chief Deputy Treasurer, Bob Wrigley, took a job in the Budget Office.

Before he left Bob told me I should interview Mike Volz for his job. He said Mike had worked in the Treasurer’s Office for eight years and was a CPA. He thought we would get along well. Mike had run against Vicky Dalton for Auditor in 2006 but was defeated in that awful year for Republicans. Mike got a job at Spokane Transit Authority for four years so he had broadened his horizons in public accounting. By the same token Bob Wrigley was also defeated by ex-Treasurer Skip Chilberg in 2006, and to Skip’s credit he had kept Bob on as Deputy Treasurer. Mike took me out to lunch and before we had reached Dessert I had hired him.

Meanwhile, I did what I could to catch up. I had a staff of around 25 people and I sat with each one of them to see what it was that they did there. I also made appointments and visited with every other Department Head in the County. In December, before I took Office, I attended an orientation in Olympia for newly elected Treasurers, which was very helpful.

When I ran for Treasurer I had asked around to see what a Treasurer actually did. No one seemed to know. This survey included two ex-County Commissioners. I was new to this but I realized there was centuries of experience amongst the staff I had inherited. I knew they would be the key to my success.

To cut to the chase I soon found that a County Treasurer collected Property Tax, Sales Tax, and Real Estate Excise Tax. This was collected not only on behalf of the County, but also for the School, Fire, Irrigation, etc. Districts. Then those monies are invested until needed by the County and the Districts. At any given time we controlled an Investment Fund of over a billion dollars. The County Treasurer’s Office is like a big bank.

I soaked up everything I could but the first big milestone was the Property Tax deadline of April 30th. Per usual, the line of people waiting to pay their property taxes on April 30th went out the door of the Treasurer’s Office, and down the stairwell. Taxpayers would have to drive to the Courthouse, find parking, go through security, and then wait in line. Often there wasn’t enough time in their lunch hour to do so. I was surprised there hadn’t been more efficiencies found to reduce the queue on Tax Rush Days.

Mike Volz had received Lean Management Training in College, and my degree had been in Operations Management. I had also achieved my American Production and Inventory Control Society APICS Certification in Production Management CPIM. Here was my big chance to use it. Normally, one would immediately identify that discipline with moving widgets around a shop floor, but it could also be used with moving people around too in order to have better throughput, and eliminate bottlenecks.

Mike and I met with our key staff and let them form teams to brainstorm ways to reduce flow. No one had ever asked them what they thought before, and they rose to the occasion. Using new software staff recommended, and reducing job classifications, we reduced the in-line queue to never more than six people in line at any given time, before I left Office in 2018. Our volume had increased by 20% but we never needed to add anyone. In 2014 when I ran for re-election both of my opponents criticized me for not being a CPA. I found my CPIM was much more useful in the Treasurer’s office than having a CPA.

In Washington State, property taxes can be paid twice a year; April 30th, and October 31st in two installments. That was because when Washington State achieved Statehood in 1889, most people were still on the farms and would have to wait for fall harvest to finish paying their property taxes. Even so, I had taxpayers coming to my office to see if there was a payment program they could get on where they could slowly catch up on payments after their particular setbacks.  I was sympathetic having been behind in property taxes myself with my roller coaster life.

At one of our team meetings I asked why we couldn’t go to partial payments like a revolving credit card program. Taxpayers could pay every 30 days if they chose. I was told that we would have to change State law, and besides, it would be an accounting nightmare for our software with the penalties and interest. We tossed it around for a while and then a thought hit me. Why don’t we just eliminate the penalties? We were already getting 12% interest and that seemed punitive enough. The same objections were repeated, we would have to change state law and it would still be an accounting nightmare. Then Mike Volz came up with a spark of genius – why not let taxpayers pay any amount at any time? That was stupendous! It solved the problem and would be a win win for taxpayers and County. Mike added that the vendors were required to design the software we needed to do our jobs. The only problem still being we would still have to change state law.

At the Treasurer’s conference in the Summer I brought up my proposal to go to partial payments and eliminate the penalties. I also found out from the most senior County Treasurer that the penalties weren’t created until 1980. In that year interest rates were over 20% and many taxpayers stopped paying their property taxes, and invested in high yield instruments instead. This caused a cash flow problem to the Counties. Legislation was passed to double the interest rate on past due property tax from 6 to 12%, and have a 3% penalty at the end of June, and another 8% penalty at the end of November. That meant if someone couldn’t pay their property taxes they would be paying the equivalent of 23% the first year they were behind. One County Treasurer said that his delinquency rate was 3% before and after the legislation passed so he didn’t think it was really needed.

I told the other 38 County Treasurers that 23% was usury and government was supposed to help people, not rob them. Besides, even if a taxpayer didn’t pay in three years and went to foreclosure the County would still receive all the past due property taxes and interest from the winning bidder on the property at auction. I lost unanimously. I brought it up again at the next conference and lost again. The Counties had been accustomed to getting their pound of flesh. It was time to go on my own.

As a reminder, I would often have a delinquent taxpayer request to see me personally, and they couldn’t understand why we couldn’t take monies that were less than the sum total owed. Even the IRS took partial payments. One thing they all had in common was they had understandable reasons for getting behind. Life circumstances of job loss, or illness usually, but sometimes one spouse who had always paid the bills had gotten Alzheimer’s and just forgot to pay. The ensuing interest and penalties were insurmountable. I would explain that state law wouldn’t allow me to accept a partial payment, but if they wanted to go to Olympia with me we could fight it together. Two taxpayers, Morgan Sanders, and Mark Maye took me up on it and we went to Olympia next session to Lobby. We all stayed at the Motel 6 in Tumwater. Senator Michael Baumgartner, and Rep. Matt Shea introduced my bill in the Senate and House, but it went nowhere with the County Treasurer’s Association fighting it.

The votes in the Committee were largely along party lines so I made an appointment with Rep. Time Ormsby of Spokane who gave me great advice. He said to find someone who actually sat on those committees to introduce the bill. I saw that two friends, Rep. Cary Condotta sat on the House Finance Committee, and Senator Brian Daniel sat on the Senate Local Government Committee, where those bills would be introduced. Cary suggested that I try and get partial payments passed first and then next session go after the penalties. It worked. Although I did not have a single ally in the Treasurer’s Association and several of them testified against me in hearings the bill passed unanimously in the House and 45 – 4 in the Senate. That is because the wording of the Bill was written to give the power to implement partial payments up to the discretion of each County Treasurer, not statewide. Even so, there were still efforts by some of the Treasurers to kill this legislation. Bringing Morgan and Mark with me to see legislators also gave it a human touch.

I immediately implemented partial payments the following year and our staff and the public loved it. The sky did not fall. For the first time in State history people who got behind in their payments could match their payments to their income. Another plus was that staff did not have to send back checks that did not meet the exact amount owed. The checks could simply be deposited against the balance. This saved us a lot of time in the office.

I then tackled penalties next session and ran into a wall. The bill that would have eliminated the usurious penalties made progress in the Senate, but ran into a wall in the House under Rep. Kristine Lytton of Anacortes. For three years she refused to even give me an audience. I had thought if I could have been elected Commissioner last year I might have more influence to push the bill again but it was not to be. Senator Baumgartner took my place as County Treasurer, and promised to do what he could, but he ran straight into the opposition of the County Treasurers Association.

The argument against eliminating the penalties was that the Counties would lose revenue. In Spokane County the lost revenue could have been $1 million but I was sure that the ability of people to stretch out their payments at 12% would have largely offset, and perhaps exceeded that amount. I thought it was a travesty that during my years as Treasurer the Federal Reserve ran a Zero Interest Rate Policy (ZIRP), so that the big bankers that got bailed out in 2008, then had almost no interest to pay, but Spokane County homeowners who had been paying property taxes on time for 40 or 50 years, got slammed.