The Plight of Our Politicians – Why We Are Where We Are – and What We Can Do About It! 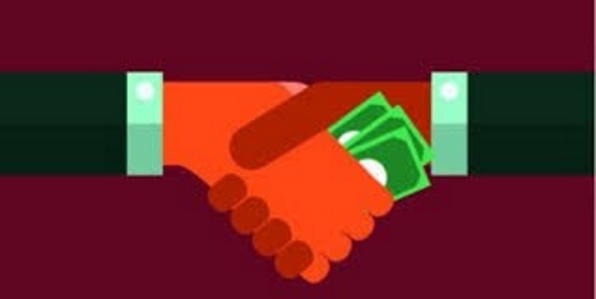 The Plight of Our Politicians – Why We Are Where We Are – and What We Can Do About It!

The problem with political jokes is that they get elected.

You’ve probably heard how politicians are transformed into different men and women by incredibly skilled professional lobbyists and PAC’s who begin swaying their interests through deal making, lies, perks and outright bribes.

Elected legislators, might not even actually realize their transformation or at least acknowledge their ‘new understanding,’ if they are confronted, but instead defend their new views they’ve acquired as being the way things are done.

They quickly set about learning the ways stuff works, how to survive politically, start their next campaign war chest, and dive into orchestrated committee work, no matter the issue, while being expected to follow the path of leadership that is in turn also usually orchestrated by others such as another branch of government, a central committee, all powerful LOBBYI$T$ or the Council on Foreign Relation$. Never mind if it’s absolutely necessary and follows the Constitution.

Today all that seems to matter to most politicians is that they come home with some bacon to show what ‘booty’ they wrangled out of our general tax fund for their constituents. * And that is not why they are there. 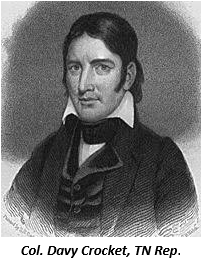 All politicians should hear the classic story of how a rural Tennessee farmer named Horatio Bunce ‘schooled’ then sitting Congressman, Col. Davy Crocket during a chance meeting in a field that Mr. Bunce was plowing.

Mr. Bunce scolded Col. Crockett for voting to give $20,000 as charity to sufferers of a fire in Georgetown. He explained that in the first place, government ought to have in the Treasury no more than enough for legitimate purposes. “The power of collecting and disbursing money at pleasure is the most dangerous power that can be entrusted to man… You see, that while you are contributing to relieve one, you are drawing it from thousands who are even worse off than he. If you had the right to give anything, the amount was simply a matter of discretion with you, and you had as much right to give $20 million as $20 thousand.

“The people have delegated to Congress, by the Constitution, the power to do certain things. To do these, it is authorized to collect and pay moneys and for nothing else. Everything beyond this is usurpation, and a violation of the Constitution.” – Compiled by Edward S. Ellis in his ‘The Life of Colonel David Crockett.’

It seems that Davy Crockett is the only person that ever heard that story. I guess everyone else just heard crickets.

Politicians today need to heed Mr. Bunce’s sage Constitutional advice. They are not there to solve citizens’ problems, and help mankind. They are there to follow Constitutional law which involves supporting states’ rights and the rights of their citizens allowing our citizens and our commerce to flourish in unrestrained freedom from too many laws, regulations, taxes, bureaus, agencies and too much government waste so we can better compete against countries who haven’t these burdens. 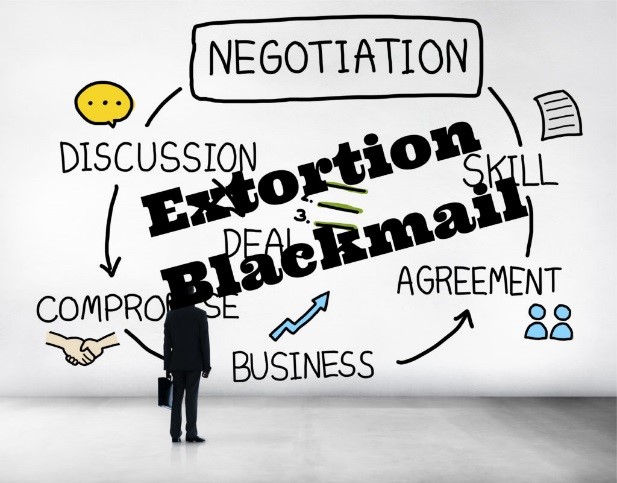 Peter Schweizer states in his book ‘Extortion,’  “Law is written to create more rules. As Jonathan Macey of the Yale Law School puts it, ‘Laws classically provide people with rules. Dodd Frank is not directed at people. It is an outline directed at bureaucrats and it instructs them to make still more regulations and to create more bureaucracies.’ For example, the law requires 243 rules and sixty-seven studies by eleven different agencies. The law also requires the creation of multiple new government entities, including the Financial Stability Oversight Council (FSOC) and the Consumer Financial Protection Bureau (CFPB).”

“It’s not that government officials and bureaucrats can’t make things simple. At the height of the financial crisis of 2008, government officials produced a simple two-page application for banks to use in applying for federal Troubled Asset Relief Program (TARP) money. It was ‘the model of simplicity,’ with only four clear, concise bullet points. Federal officials used this document to lend nearly $50 billion to the biggest banks. When a true crisis arises and time is precious, Washington can cut to the chase.

“Government bureaucrats and law-writers can make things simple, but apart from dire emergencies, they generally choose not to. Complexity is a useful and lucrative method of legal extortion for politicians because as University of London economist Anthony G. Heyes puts it, ‘it is precisely the complex, opacity and user-unfriendliness which underpins the value of their expertise.’ And that translates into ‘selling advice to those they previously regulated.’”

And from Peter Schweizer’s previous book ‘Throw Them All Out’: ‘We’ve all heard about the New Rich. Once, they were the Oil Rich. Then they were the Silicon Valley Rich. The Dot Com Rich. Now it’s time to meet the New New Rich: the Government Rich.

“For the Government Rich, insider deals, insider trading, and taxpayer money have become a pathway to wealth. They get to walk this exclusive pathway because they get to operate by a different set of rules from the rest of us. And they get to do this while they are working for us, in the name of the ‘public service.’”

A plug for Peter Schweizer: His book ‘Clinton Cash’ is enthralling, you can’t set it down.

Where Politicians’ Mindset Needs To Be 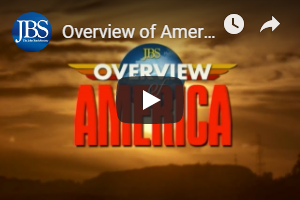 “It hasn’t been what the government has done that has made America so great. It was what the Government has been prevented from doing that has made the difference. What set America apart from other lands was freedom to work, to  produce, to succeed and especially to keep the fruits of one’s labor. America became great precisely because the stifling effect of too much government had been prevented. However, freedom in America was not totally unrestrained, Americans overwhelmingly chose to limit their actions with moral codes such as the biblical Ten Commandments. Personal morality and Limited Government; it’s the combination that characterized America and made it the envy of the world.” – Transcript from ‘Overview of America’ video which is always on the top left corner of INWR ready to watch..

Of interest to anyone also is that ‘Overview of America’ explains the differences between the state controlled economies of Communism, Socialism, Nazism, and Fascism as well as clearly defining Monarchy, Oligarchy, Democracy, Republic and Anarchy. Every American should understand the rich information in this 29 minute video and every politician should understand it most certainly.

All of the excesses, abuses, and overreach of Big Government running wild and ruining our country and our lives is the fault of irresponsible politicians who have an absolutely terrible mindset that is out of touch with what America is about. It is time to redeem themselves by reversing most of what is taking us down or we need to replace them with real patriots that will do what needs to be done for America’s future and for our grandchildren.

Poker-faced candidates who say what you want to hear about limited government, the 2nd Amendment, Idaho sovereignty, forest management, abolishing the travesty of Common Core in our schools, spending our money and readily satisfying any question you ask should most certainly be vetted. Doing so for incumbents is easier using a voting index such as mentioned below.

Making that tough decision about people you want to believe in without a voting record is a tough judgement call, but voting for them mostly because they are nice just doesn’t wash. Look at accomplishment and integrity in their past and their knowledge of our Idaho and U.S. Constitutions.

Government should be run like a business, with objectivity, a balance sheet and most importantly by following its business plan which would be our U.S. and state Constitutions and the GOP national and state platforms. Obviously, forget the democrats since they have no platform just nonsensical socialistic do good, something for nothing rhetoric. 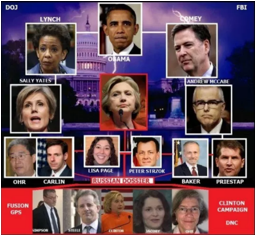 Term limits sounds good but is not the answer because the same voters that misjudged the last crop are still voting the same way ‘liking or believing them’ and their last term as lame ducks can find them becoming lethargic or opportunists.

Obviously, voting for candidates because they are nice is absolutely the wrong reason for electing them. Nice is nice. But how elected officials make judgments and actually vote according to our U.S. and Idaho Constitutions is what matters.

If your candidates are following the socialistic platform of the recently crazed Democrats, you should change parties and then make sure the GOP candidates are actually following their great platform and not transforming into Dimms anyway, to be known as RINO’s (Republicans In Name Only). It seems as though the obstructionist Dimms of late, might believe that getting fools on their side will assure them of being elected to anything. There are many very good people blindly following this hijacked, now outwardly socialist, party out of nothing more than shear loyalty.

Again nice is nice, and good decorum has its place, but sound judgement and allegiance to an oath should rule the day. Voting for a wrong reason is nonsense and damages us all.

Real Nice Is Voting Correctly With Our Constitutions

We would love nice people who vote correctly. But we have far too many nice people who vote incorrectly with our Constitutions! We probably need some grumps in elected office who are madder than hell at how these nice people are taking us away, to awaken them or run them off. We need serious people who will deal with the seriousness of their intended calling with our Constitutions. They are put there to exercise correct judgement. Social issues, tree hugging and such have their place in our hearts but the business of government spelled out in our Constitutions should be a limited affair and these tertiary issues are for local governments and the private sector. 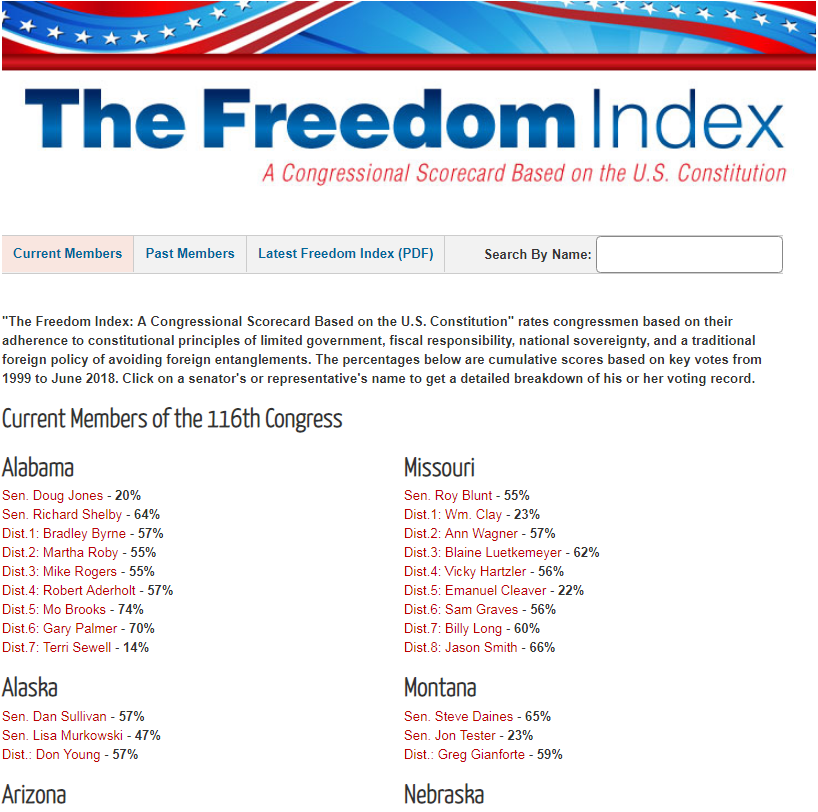 The Alinskyites have so successfully and constantly kept these  ‘concernments’ in the forefront of legislatures’ agendas because it all further breaks us down financially and by distracting our focus on the serious business at hand with which the government is really meant to cope.

It is obvious that either most elected officials today don’t really know our US and state constitutions or they don’t take their constitutional oaths seriously. The way our system has evolved, unfortunately, they are probably too busy campaign fund raising, which is not an excuse for a poor voting record. They need to prioritize, vote correctly and for the most part, re-election will be helped immensely. Then all is truly nice.

Trust not a thing any politician says or does today.  Only trust how they vote with our US and state Constitutions.

To continue as ‘Americans,’ not citizen members of a globalist state, we must make certain that we continually watch voting records published on the U.S. congress at thenewamerican.com/freedomindex to make sure our representatives and senators know we are watching their voting records. And we must awaken others to the importance of this monitoring and how to do it.