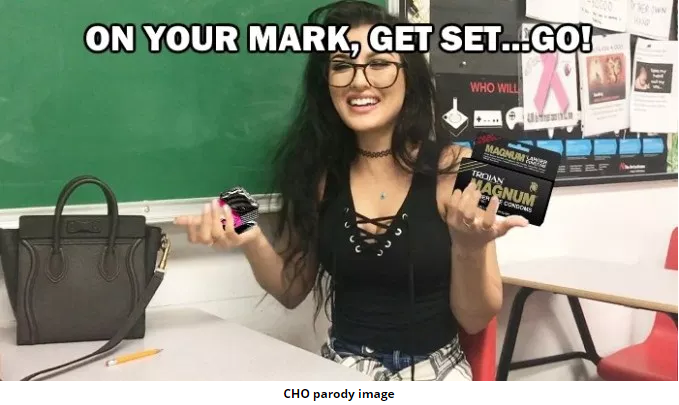 READER ADVISORY: The content in this outrageous story will be disturbing to all but Democrats who believe in destroying all that is good. For those who do have integrity, morality and decency, this shocking story will be a call to action. Remember, we actually outnumber the demoncrats. Warning: Descriptions in this story are explicit.

Unfortunately, what happens in California does not stay in California. On the contrary the sick curriculum taught in their public schools spill out to the whole nation which feels compelled to teach the same courses that only the LGBTQ could understand and appreciate.

First of all, California is peopled by mostly Democrats who have no morals whatsoever and believe in every kind of one-way wild sexual release with anyone, at any time with or without permission. This is no exaggeration.  It is the democrats who are trying to make sex with children legal. They are the original dirty old men.

The LGBTQ course taught in the California Public Schools is a secret course that parents are forbidden to observe, nor can they take their children out of those classes. The parents are blocked from seeing what takes place there. That is for good reason. These classes are elaborate instruction packages to groom children into early sex with others of any age or sex.

The Condom Races, by 10 and 11 year old girls, with boys watching, is unthinkable. There is a metal life-size male statue with an erect penis. Don’t worry, it gets worse.  The little girls are given condoms, then race to the statue is to see who can be the first to put a condom on the outermost part of that statue. Again, these are CHILDREN!!

Another sponsor is the ACLU, a known Communist organization that sends out curriculum approvals, saying they’ve approved these six curriculums for use with the California Healthy Youth Act. The ACLU is there to push this sexual, social and a political agenda. They work constantly with the Human Rights Campaign, Planned Parenthood, GLSEN and works with the Kinsey Institute, a dreadful institution where babies including toddlers were tested for sexual arousal.

In California, another part of the twisted sex-ed curriculum states that teachers must teach students where Planned Parenthood facilities are located and how to get there. They are quietly pursuing Planned Parenthood to act as birth control. What is more, another State Assembly Bill would put the phone number of planned Parenthood or another abortion clinic on student ID cards.

And all of this is without parents knowledge or permission as 11 year olds are taught the casual attitude of sleeping around with anyone, young or old, homosexual, bisexual, out of marriage.

Anyone who pushes back gets labeled as a “hater” or gets attacked by the ACLU or placed on the SPLC’s Hate Map. People are afraid to push back because they’re going to be labeled a hater and the ACLU is going to come after them.

Perhaps it is time to make the public schools, and these Communist organizations be the ones who are afraid. New organizations must be formed to combat these outrages pushed on parents.

And where is the Child Protection Agency (CPA) in all of this? Aren’t they supposed to be protecting children? If so there is no evidence to support that.  The only thing CPA will take children into custody for is if parents will not let them take part in LGBTQ events. Home Schoolers and parents, ORGANIZE and fight back. They are grooming our children for improper reasons. This must stop….NOW.

Churches, open schools on your property. We must get our children out of public schools.

Rev. Austin Miles’ new book, God and Animals-What The Bible says about Animals and Heaven has just been published.

Here is info on the book.