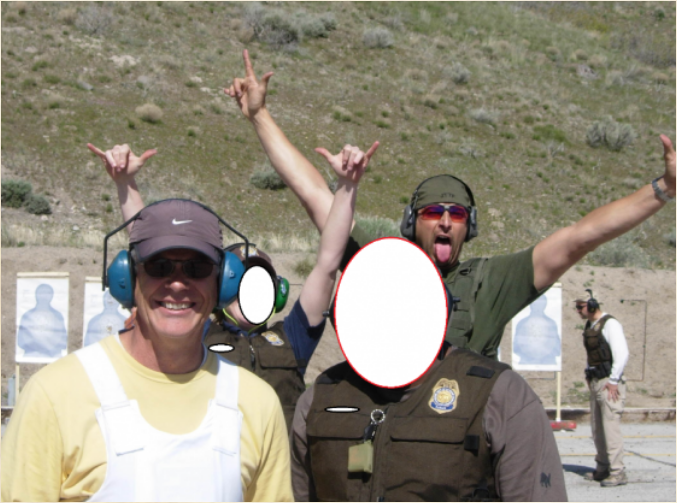 Bureau of Land Management (BLM) Office of Law Enforcement Services (OLES) director William Woody seems to have followed a path similar to that of his corrupt protégé, Dan Love. Woody has been under investigation for numerous apparent abuses of power and mishandling of government funds since the time he retook the position in 2017. According to our source, on Thursday, June 13, Director Woody’s gun and badge were stripped from him and he was escorted out of the Department of the Interior headquarters in Washington D.C.

Woody was hired by the BLM in 2003 at which time he apparently mentored Dan Love, and was then moved to Fish & Wildlife Service where he worked for several years and, according to our source, was pushed out of that agency amid allegations of lavish travel spending and arbitrary pay hikes of all agents under his supervision. In 2017 Woody was reassigned back to BLM to head its division of law enforcement.

Woody’s infamous protégé, Dan Love, was the agent behind the bungled Bundy Ranch raid in 2014 and the 2009 antiquities sting, Operation Cerberus, which ended in the deaths of three men in southern Utah. With countless accusations and overwhelming evidence of corruption, overreach, racism, and bullying, in 2017 Dan Love was removed from his position as BLM OLES director for Utah and Nevada. According to an informant within the agency, Love was given a medical/mental health retirement with full federal benefits.

Like Dan Love, William Woody has a reputation for overt aggression against private citizens. In addition to his involvement in the deadly Operation Cerberus, while serving in the US fish & Wildlife agency, Woody was reportedly involved in the 2014 raid on the Gibson Guitar factory in Nashville, Tennessee. The raid closely echoed those of Operation Cerberus and the Bundy Ranch with dozens of federal agents in SWAT-type vehicles and dressed in body armor descending on unawares citizens with militaristic force. See more here:

Free Range Report has followed numerous accounts of Woody’s ethical lapses which include hostile work environment/anti-harassment investigations by the EEO, and broader accusations of misuse of government funds and property investigations by the Interior Department Office of Inspector General (OIG). Why Woody was removed at this specific time is unknown, but the grounds for his removal appear to be more than sufficient. As we have previously reported, Woody’s apparent abuses are numerous and broad in scope:

According to our source, the removal of Woody’s law enforcement authority makes him ineligible to serve as a BLM cop, and removes all of his personal police powers as well. Although he is likely to get a federal pension, he probably will not receive the additional benefits given to retired federal law enforcement agents. The nature of his ouster infers that Woody’s actions have been so egregious that BLM can no longer contain the reports or cover his reputation, and that they are serious about removing this apparent bad actor from power.

Our source will continue to provide us with updates on the matter.

BLM’S THUGOCRACY LIVES ON IN WILLIAM WOODY AND SALVATORE LAURO

DESPITE HISTORY OF FAILURES AND CORRUPTION, WILLIAM WOODY BACK AS BLM TOP COP