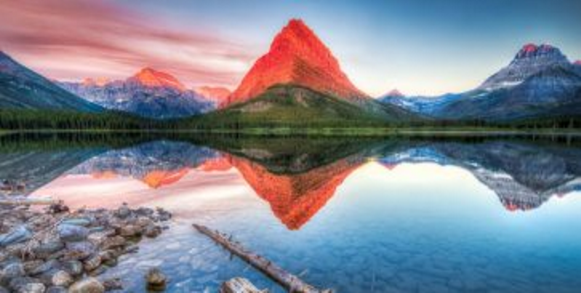 In the heady years of the Obama administration, the National Park Service put out alarmist signs at Glacier National Park in Montana, warning visitors that if they wanted to grab a photograph of these monumental natural wonders, they’d better get it done quickly. After all, they said, these glaciers “will all be gone by the year 2020,” thanks to the evil influence of climate change.

Embarrassed by the inconvenient fact that the glaciers are…you know, still there…and you know, not going anywhere anytime soon….the National Parks Service has quietly taken the signs down. While this was certainly not done with any accompanying announcement saying, Oh yeah, we really botched that prediction, a sharp-eyed environmental blogger noticed the change almost immediately.

If the NPS had any integrity, they would have simply left the signs down. Instead, they replaced them with new signs that still warn of climate change and its effects on the glaciers…but do not outline a specific date where visitors can expect them to have melted away.

“When they completely disappear, however, will depend on how and when we act,” the sign now says (ominously).

Humorously, the glaciers have actually grown in size since those Obama-era signs were originally placed there. In 2019, a record-breaking snowfall in Montana put the glaciers and their eventual disappearance even further away from the Democratic administration’s dire timeline.

“That’s not to say the glaciers aren’t in danger,” reports the Daily Wire. “They’ve been melting little by little since they formed in the last ice age. Since they formed, the glaciers have retreated around 70% and will continue to melt so long as the Earth doesn’t cool, but the rate will be much slower than anticipated just eight years ago. Now, the USGS and the National Parks Service say the glaciers will still be around until at least 2030, if not until 2080.”

But signs telling us that the glaciers will be gone in another sixty years don’t really ring with the same clanging alarm bells that the climate hystericalists like to hear. Oh well, reality once again proves to be at odds with the strange and wonderful science of climate prediction. Don’t expect Lester Holt to be talking about it on the evening news, though. We like to keep these embarrassments on the down-low.