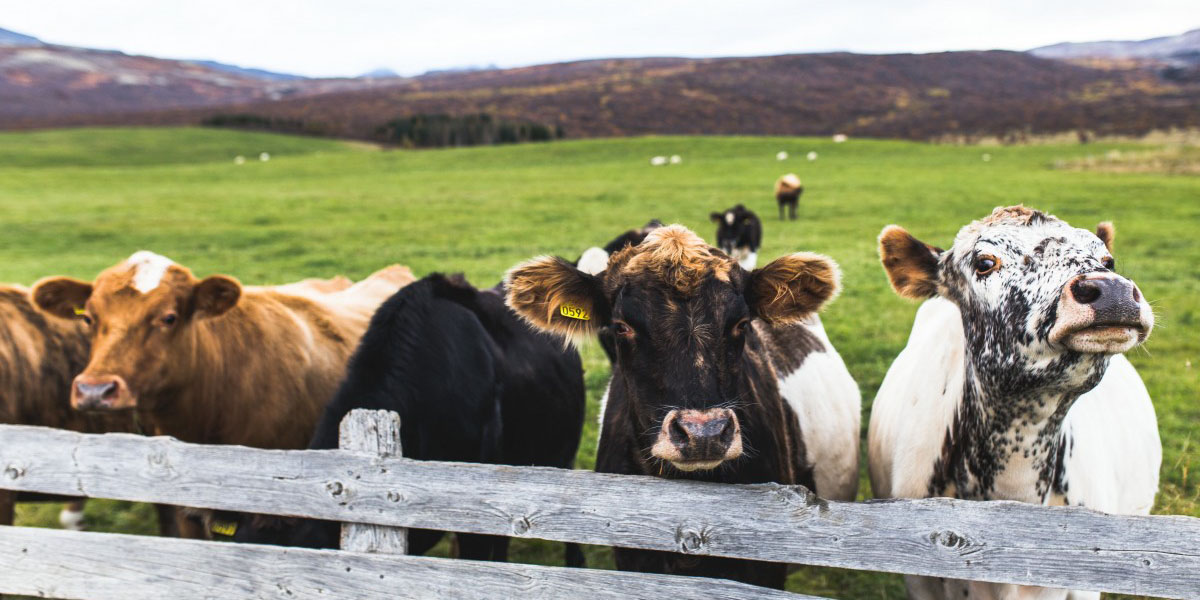 The American beef industry has long been a tasty target of the environmentalists and their allies in the animal rights movement. To understand the reason is to know that protecting the environment is not the goal, rather the excuse in a determined drive for global power. Their selected tactic is to control the land, water, energy, and population of the Earth. To achieve these ends requires, among other things, the destruction of private property rights and elimination of every individual’s ability to make personal lifestyle choices, including personal diet.

Of course, no totalitarian-bound movement would ever put their purpose in such direct terms. That’s where the environmental protection excuse comes in. Instead, American cattle producers are simply assured that no one wants to harm their industry, just make it safer for the environment. The gun industry might recognize that such assurance sounds a bit familiar. Same source, same tactics, same goals.

So the offered solution to “fix” the beef industry is “sustainable certification”. All the cattle growers have to do, they are assured, is follow a few simple rules and all will be fine, peaceful and profitable. Enter the players: the World Wildlife Fund (WWF), the Global Roundtable for Sustainable Beef (GRSB), and the U.S, Department of Agriculture.

First, let’s reveal the Sustainablists’ stated problems with the beef industry. What’s not sustainable about raising beef? According to the environmental “experts”, there are ten reasons why the meat industry does not meet sustainable standards:

So, these are the ten main reasons why it’s charged that beef is unsustainable and must be ruled, regulated and frankly, eliminated. These are charges brought by anti-beef vegans who want all beef consumption stopped. In cahoots, are global Sustainablists who seek to stop the private ownership and use of land, all hiding under the blanket excuse of environmental protection.

To bring the cattle industry into line with this world view the National Cattlemen’s Beef Association has accepted the imposition of the Global Roundtable for Sustainable Beef, which is heavily influenced, if not controlled, by the World Wildlife Fund, one of the top three most powerful environmental organizations in the world and a leader in the United Nations Environmental Program (UNEP), which basically sets the rules for global environmental policy. This is the same World Wildlife Fund that issued a report saying, “Meat consumption is devastating some of the world’s most valuable and vulnerable regions, due to the vast amount of land needed to produce animal feed.” The report went on to say that, to save the Earth, it was vital that we change human consumption habits away from meat. As pointed out earlier, the fact is most land used for grazing isn’t capable of growing crops for food. Further, to have the WWF involved in any part of the beef industry is simply suicidal.

Under Social Sustainability are such items as Human Rights, Worker Environment, Business Integrity, and Worker Competence (that means that workers are required to have the proper, acceptable sustainable attitudes and beliefs). Under the heading Environmental Sustainability are Climate Change, Waste, and Biodiversity, for the reasons already discussed.

Regulations using these principles impose a political agenda that ignores the fact that smaller, independent cattle growers have proven to be the best stewards of their own land and that for decades have produced the highest grade of beef product in the world. Instead, to continue to produce they will be required to submit to centralized control by regulations that will never end and will always increase in costs and needless waste of manpower.

To follow the sustainable rules and be officially certified, the cattle growers must agree to have much of the use of their land reduced to provide for wildlife habitat. There are strict controls over water use and grazing areas. This forces the growers to have smaller herds, making the process more expensive and economically unviable for the industry. In addition, there is a new layer of industry and government inspectors, creating a massive bureaucratic overreach, causing yet more costs for the growers.

The Roundtable rules are now enforced through the packing companies. You see, the cattlemen actually have no direct market. Instead, they first bring their product to feedlots for final preparation. The feedlots then sell the cattle to the packers. The packers are the ones who then have direct contact with stores, restaurants and other entities that actually buy the beef. The packers are a major force in the Roundtable, working side by side with the WWF, and so dictate the rules to the feedlots to comply with sustainable certification for the cattle they will buy from the growers. If the beef they obtain isn’t grown according to the sustainable beef principles then the packers refuse to buy it. That has quickly put smaller feedlots out of business. Consequently, it also destroys the cattle growers who rely on the feedlots to take their product.

There are only four main packing companies in the United States. These are Cargill, Tysons, JBS and Marfrig. These packers have already successfully taken control of the hog and poultry industries. Tysons is now raising its chickens in China to ship here. JBS and Marfrig are both from Brazil. It’s interesting to note that one of their first tactics was to remove the country of origin labeling from the packaging so that consumers have no idea where their product is coming from. So as the packers force their expensive, unnecessary, and unworkable sustainable certification on American cattlemen, they are systematically bringing in cheaper product from other countries that don’t necessarily adhere to strict, sanitary, safe production American producers are known for. As a result, there is a noticeable rise in news reports of recalls of diseased chicken and beef in American grocery stores.

Some cattle growers have tried to fight back by creating new packing companies to compete and provide an honest market. However, the costs to do so are huge, as high as $50 million. One such company called Northern Beef Packers was formed, using all the latest state of the art, high-grade processing. The four established packers reacted by drastically reducing their prices to the grocers, thereby destroying any hope of establishing a market for the new packing company.

This then is the situation that is threatening the American beef industry. If one reads the documents and statements from the World Wildlife Fund, the United Nations Environment Program and others involved, it is not hard to realize that the true goal is not to produce a better grade of beef, but to ban it altogether. The question must then be asked, why is the National Cattlemen’s Beef Association allowing this to happen, and indeed, is joining with the Sustainable Beef Roundtable to force these policies on their members?

The answer is actually quite tragic. American ranchers, farmers and livestock growers have been targets of the environmental and animal rights movements for years. They are beaten down. Like the rest of us they just want to be left alone to work their farms and herds like their forefathers have done for more than a century. But the pressure is growing day by day. So, they have come to believe that if they just go along – put the sustainable label on their product — then this pressure will stop. In short, they see it as a pressure valve.

The reality is it’s not going to go away because the goal is not environmental protection, rather the destruction of their industry and control through what the UN calls the reorganization of human society. The attack has now grown to major proportions with the Green New Deal. Beef eaters have no place in the sustainable paradise of city apartment dwellers who accept government controls to choose for them what they are permitted to eat.

There are efforts to fight back. A group of cattlemen has organized under the banner of R-CALF (Ranchers-Cattlemen Action Legal Fund) and they have managed to slow the Sustainable capture of the industry.  But the packers’ control of the industry is a major roadblock if the cattlemen can’t reach their market. R-CALF has filed Abuse of Conduct suits to shed light on the anti-trust activities of the monopoly tactics of the packers.

However, the beef industry cannot recover on its own. There must be outrage from the consumers who are facing higher prices, possible inferior meat, and the danger of disease because of this sustainable tyranny. If you want the right to your own food choices instead of the dictatorship of radical Greens, then get mad. Demand that “Country of Origin” labels be put on all beef products so you know where your food comes from. Demand that the Department of Agriculture rejects this sustainable myth and protects the American free market that has always provided superior products.

The so-called sustainable policy is not a free market. It is a government-sanctioned monopoly that is just short of a criminal enterprise. Stand with American farmers and cattlemen. If Americans don’t fight back now we will lose the freedom to our own dinner plates in the name of sustainable lies.