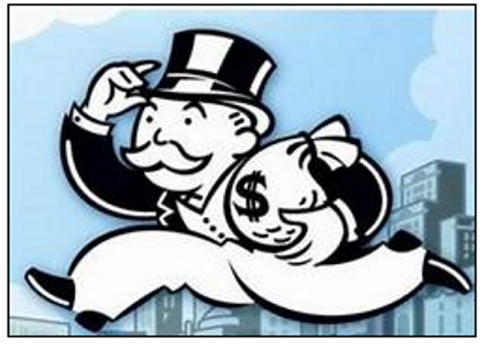 When I was emceeing the Friday Morning Republican Coffee Club in Spokane in 2017 I had a frequent speaker, Dave Boleneus, who is a well-known property rights advocate and researcher. In 2017 Dave was warning our group about the potential perils of Avista Utilities selling out to Hydro One of Ontario. The potential perils being: a foreign corporation controlling our dams and rates, (supposedly Hydro One was shaky and what would have stopped China from picking them up if they folded?) the potential for Avista rates to skyrocket like those of Hydro one (as much as 30 cents per KWH vs 8 cents KWH for Avista), and the upper management receiving a $50 million bonus after signing, along with shareholders realizing a $900 million stock price gain.

In April of 2018 Dave appeared again with more information but he ended this time by saying that the purchase could be approved by the Washington Utilities and Transportation Commission in Olympia by August 18th 2018. I became alarmed that time was running out, and wondered what could be done to stop the transaction. Furthermore, I had heard it was already considered a “done deal” since the Federal Energy Regulatory Commission, FERC, had already approved the purchase. I also found out that no other elected officials, with the exception of State Rep Matt Shea and Spokane City Councilman Mike Fagan, were familiar with the purchase, and they both thought it was a bad idea.

I attended a hearing by the Washington Utilities and Transportation Commission, WUTC, in Spokane Valley, and I was amazed that most attendees supported it. However, Cindy Zapotocky, the President of Citizens Alliance for Property Rights, CAPR, Dave Boleneus also of CAPR, and ex-Congressional candidate Tom Horne, made persuasive arguments against the purchase, but most of the attendees were mainly just concerned that the Colstrip operation in Montana be shut down due to environmental concerns. I was very surprised that the Spokane Neighborhood Action Partners SNAP, which helps low income people with expensive energy bills, supported the purchase. I didn’t realize at the time that SNAP receives funding from Avista.

I have sometimes had a knack for organizing, so I contacted friends with whom I had worked with before, and called an initial meeting to brainstorm what we could do about the situation. Our first meeting was attended by a mix of political Conservatives who had researched the proposal, and backed up what Dave Boleneus had said. Many were from Northern Idaho like Jeff Tyler of Coeur d’ Alene, and Angelo Lonzisero from Sagle, who also joined us in Spokane for a series of strategy meetings. In addition, many of those attending were John Birch Society members who feared Globalization, or members of the Northwest Property Owners Alliance (Idaho), or CAPR (Washington). Most Avista customers reside in Eastern Washington and North Idaho.

At first all we could think of was to see if someone knew someone, who knew President Trump, who could stop it like he had the Trans Pacific Partnership (TPP), which he did the first day he took office. As time went on the North Idaho people decided to engage the services of noted Boise Attorney Norm Semanko. We Eastern Washington people settled on a strategy of using the “Coordination Process”.

What is the Coordination Process? In 2011 I had attended a seminar on Coordination taught by Nampa, ID attorney Fred Kelly Grant, who had discovered the Process buried in the 1970 National Environmental Policy Act, NEPA. Fred had used Coordination during the Sagebrush Rebellion, and famously used it to stop the Trans Texas Corridor, which was part of the Security and Prosperity Partnership, SPP, which was a key to building a North American Union – like the European Union. Fred stopped the Highway and the SPP fell apart as a consequence – Thank God.

Coordination is that part of NEPA that addresses the “human environment.” The human environment is not just ecology, but the economy, history, culture, health, and mores of a local area. Before any agency can move forward with a project or policy they must coordinate with local officials, and/or concerned groups. Few people even know of its existence. Coordination does not mean cooperation. Coordination is working on an equal basis with agencies for an agreed upon solution. Neither FERC nor WUTC had coordinated with local officials. As Spokane County Treasurer at that time, I realized I had a fiduciary duty to protect the County’s tax base. I believed that if rates were to go up 200 or 300%, that could have a negative effect on the ability of residents to pay property taxes. It might also be a factor in motivating businesses to move out of the area, let alone attract businesses that could pay livable wage jobs. I could see no net benefit to anyone, except the Board of Directors and Shareholders of Investor Owned Utility (IOU), Avista, who anticipated a financial windfall.

If anyone should have tried to stop the merger it should have been Greater Spokane Inc (GSI) which is the County equivalent of the Chamber of Commerce. But they had supported the Trans Pacific Partnership in 2016. The TPP was an Obama bill in Congress that no one, except a privileged few, were allowed to read. It was 2000 pages longer than Obamacare, and would have eroded US Sovereignty with unelected foreign tribunals, and caused more businesses to flee the Country. Maybe it was because US Rep. McMorris – Rodgers voted to give President Obama fast track authority to push it through that swayed GSI?

I was able to reach Fred Kelly Grant and he guided me through the steps to initiate coordination. In July 2018 I went to the WA State Attorney General’s Office and sued the WUTC to go back and Coordinate with me as County Treasurer. I sent out a Press Release to all our local newspapers explaining my reasoning. The Press didn’t say a word, nor even call me. The local Spokane press always has room for Constitutionalist bashing, but no room for something that was newsworthy that had never been done in Spokane County history before. This is why we need an alternative Press like Inland NW Report to get the word out on important news buried, or ignored, by the local press.

In fact, I had heard nothing back from the WUTC for several weeks, until my debate in the County Commissioner race with my opponent, Mary Kuney, who brought it up. Fellow Republican Mary Kuney, had come in second place to me in the County Commissioner appointment process by the Republican Precinct Committee Officers (PCO’s) but alas, Democrat Governor Jay Inslee ignored the Republican PCO’s, and went ahead and appointed Mary to the open Commissioner seat. I had heard nothing back from the WUTC, but Mary and the other Commissioners had received a letter from the WUTC regarding my suit. The WUTC had written back to the three Spokane County Commissioners that they considered my suit as County Treasurer as not applicable to the process. The WUTC had left me out of the correspondence, even though the letter was addressed to me, and copied to the Commissioners. Mary Kuney remarked “The Utilities and Transportation Commission knows more about rates than I do and is better qualified to evaluate the proposed sale’s impact to Avista’s customers.” I differed on the issue.

The newspapers backed the WUTC Spokane County Treasurer Rob Chase trying to block Avista’s sale. Fred Kelly Grant had predicted earlier the WUTC and the Press would say that Coordination was frivolous, but he comforted me in the fact that he had never lost a case using Coordination. Coordination is Federal Law and the WUTC has to follow Federal Law, whether they like it or not.

In the course of my race Avista donated $1000 to Mary Kuney, followed up by a personal donation of $1000 from Avista CEO Scott Morris. Then the hammer fell when Avista donated another $100,000 to indirectly support Mary through commercial ads. I believe this was not so much a strategic donation on Mary’s behalf to emerge as the winner, (since she had already raised $97,000 mostly from artificial persons, to my $24,000 from natural human beings) but more as a warning to other elected to mind their P’s and Q’s. It worked. I was the only elected official to cry wolf, or pirate, and I paid for my impertinence.

This legal interference is a problem in our Democratic Republic. He who pays the piper calls the tune, and an elected had best salute when the Avista flag is run up, or else. As Orwell said in Animal Farm, “All animals are equal, but some are more equal than others.”

As things panned out over the ensuing months political trouble in Toronto delayed the final decision, and then Norm Semanko in Boise struck gold by finding a little known Idaho law that forbade a foreign corporation from buying an Idaho utility.

I was prepared to sue FERC, which Fred Kelly Grant predicted would go to the US Supreme Court, but then the WUTC came to their senses and nixed the deal in December.

Our initial effort was to stop the purchase of Avista by Hydro One, but we wondered that if we achieved that goal, what could we do to prevent the same thing from happening again? During the course of the effort to stop Avista/Hydro I had heard people across the political spectrum mention that Avista would operate better as a PUD or a Cooperative.

During the summer many Spokane area Progressives, who had fought with us to stop TPP, joined us to battle Avista. They brought great research capabilities with them that more than doubled our strength.

After setbacks with the Idaho and Washington Commissions, Avista threw the in towel in January. Rather than rest on our laurels we still considered ways to keep this danger from happening again.

We have now formed the Northwest Citizens Power Cooperative (NWCPC) to effect a friendly purchase of Avista, and turn it into a Cooperative. The advantages would be customers running the operation with a greater incentive for lower rates, more flexibility. There would be no WUTC or SEC compliance costs, no investor demands, and no income taxes. This model would result in a lower cost structure, as opposed to cost plus profits. With an IOU like Avista. A Cooperative would have real public appreciation, rather than paying a marketing company for a campaign. Most importantly, we would have local control, Oh, and no Campaign donations either. A Co-Op is a much better model than an Investor Owned Utility.

Besides, Avista can’t really sell to anyone now. In Idaho they run up against State Law again, and in Washington, with the Coordination Process, they would have to prove a net benefit to the County. I doubt they can. Their only options are to stay put as Avista, or effect a friendly purchase by NWCPC.

Even if they choose to operate as Avista into the future there will be new challenges on the energy horizon that may be difficult to comply with. Non-compliance can result in penalties which cannot be passed on to ratepayers (however Avista friendly legislators inserted into the recently passed Clean Energy Law that 1) Investor Owned Utilities may pay an “alternative compliance payment” in lieu of a penalty that can be passed onto rate payers and 2) customers do not have to be notified of such).

With the loss of the Hydro One purchase the 13 members of the Avista Board of Directors will not get their $50 million signing bonus. Major shareholders like Vanguard, Black Rock, and Goldman Sachs will have a mourning period as they visualize in their minds eye, the flocks of dollars flying away yonder in large denominations, with little imaginary wings. But they can take solace in that there is no need to look for another White Knight. We are the White Knight.