We are headed into uncharted territory – Phase 1

The following is part of my continued efforts to engage as many of you as possible in making your voices heard in Idaho government. An important and rare opportunity has come about that allows you to provide comments to expose and fix some of your issues and concerns with government. It’s best understood by looking at it in two phases.As you may already know:

Phase 1:  Review and comment on rules that are being simplified or will expire (June 2 through June 11th).
Phase 2:  Review, comment or call for public hearings on the remainder of the rules which will be released on June 19th.

The Executive Branch will be accepting public comment through June 11 on the administrative rules identified for simplification or expiration. Don’t be overwhelmed!  Only look at rules that interest you.

Departments of interest include the following: Agriculture, Building Safety, Health and Welfare, Fish and Game, Parks and Recreation, Tax Commission, Transportation, Environmental Quality, Insurance, Pardons and Parole, Liquor, Lands, and many more. Details on each rule in question can be found by clicking on the link next to the topic.Pages 2-13 list rules that are to be reauthorized in full.Pages 14-23 list rules that will be allowed to expire.Pages 24-46 list rules where individual pieces or subparts will expirePages 47-48 list rule chapters that have been re-written and simplified.

For PHASE 1, Idahoans may submit public comments about any rules proposed for expiration by e-mailing RulesReview@dfm.idaho.gov by 5 p.m. MST on June 11.

While we can be hopeful these rules and regulations will be properly reduced, it is our job as citizens to keep an eye on our government and take full advantage of our ability to interact and participate. This is an important opportunity to have real impact in Idaho government. A rule that the executive branch simplifies may still be complex and burdensome.  We will get the government we allow, so please take the time to look at these changes. Send comments to: RulesReview@dfm.idaho.gov

Phase 2 will begin on June 19th, when you will have the ability to comment or call for public hearings on the thousands of pages that will be re-proposed. 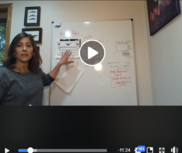 ARE YOU CONFUSED?  Click on the video link on the left to get up to speed on what is happening with the Administrative Rules in Idaho. A second video will be released in a few days.