Killing With Kindness, the Spokane Library and the Michael Jackson Effect 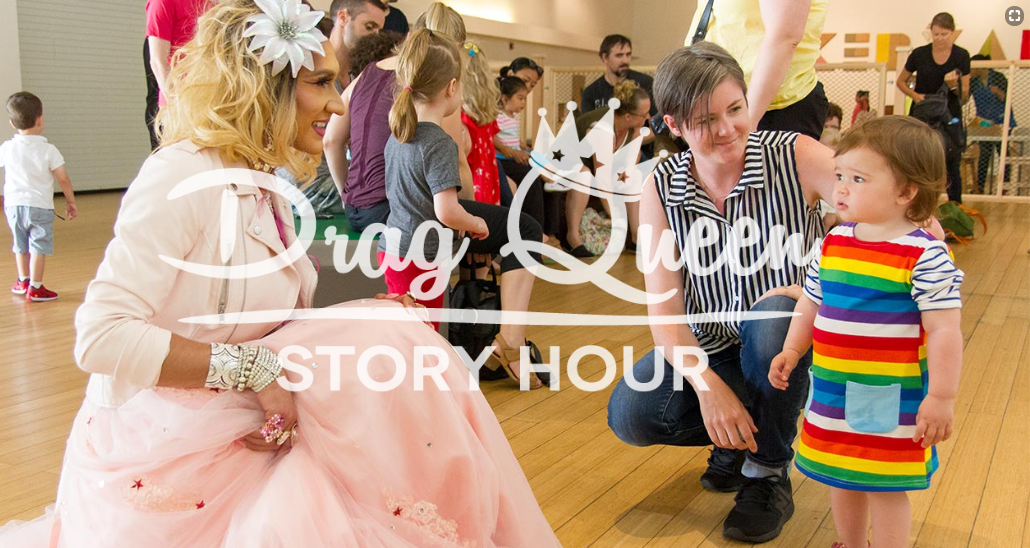 Killing With Kindness, the Spokane Library and the Michael Jackson Effect

Whether you liked him or not, when Michael Jackson stepped out onto the stage and the first notes of ‘Billy Jean’ came out to greet the audience, its magic was only enhanced when he did his famous “moonwalk” later in the song. Jackson was a superstar and while controversy dogged him surrounding his “sleepovers” at Neverland, his death in 2009 stunned the world. Especially when it was revealed that he died of an overdose of Propofol, injected into him by his own doctor, Conrad Murray.

Jackson suffered from severe insomnia so Dr. Murray administered the Propofol to help Jackson relax and sleep. Only Propofol is an extremely dangerous drug requiring careful monitoring of the patient after it is administered, something Murray did not do. Murray would serve two years in prison for criminal negligence over Jackson’s death yet still maintained his innocence of any wrongdoing.

The list of musicians who have died because of doctor prescribed medications is long and heart-rending and includes Elvis Presley, Jerry Lee Lewis and Mathew Roberts. Both Prince and Tom Petty died by fentanyl overdose. Fentanyl is a synthetic opioid that is 50 to 100 times more powerful than heroin and often prescribed to patients with chronic pain. While the majority of doctors would never knowingly aid an addict, numerous unscrupulous doctors have been convicted for writing prescriptions for highly dangerous drugs. Doctors, friends, family and co-workers all have a crucial role in identifying and getting professional help for people trapped in opioid addiction. So, why is it that many of these same people ignore, maybe encourage or even enable other activities that are just as destructive while some even militantly defend them as a human right?

One example would be abortion. According to Planned Parenthood (PP) and the Democrat Party, not only is abortion a right to kill for, it is a safe event to be celebrated. But that is not an accurate picture. Someone always dies in each and every “successful” abortion. The statistics that PP use are so skewed as to be totally falsified. In a Finnish study of 9,192 death certificates over a seven year period, a woman who has an abortion is 3.5 times more likely to die over the next year than women who have their child. A CA study showed a 2.0 times greater risk of death over two years and a 1.6 times greater chance over an eight year period.  Another Finnish study conducted over a seven year period showed an overall suicide rate in Finnish women was 11.3 for 100,000 women. The suicide rate for women who delivered their baby was almost half of that at 5.9 per 100,000 women. Women who had suffered a miscarriage were at 18.1 while 34.7 per 100,000 women who have had an abortion would commit suicide. Another commonly falsified statistic is the link between abortions and breast cancer, several major studies showed a 30% – 79% increased risk of breast cancer following an abortion. One statistic that is impossible to find is how many women die from abortions every year as the majority of those deaths are falsely attributed to other causes. If abortion is really about women’s rights, why are so many facts buried that prevents women from making an educated decision on getting one? Maybe it’s not about women’s rights at all but instead women are simply tools being used to further an agenda.

Following closely on the heels of the left’s sacrificing children to Moloch is their determination to turn public schools into Temples of Ashtoreth by normalizing and even glorifying LGBT behavior. The recent and most disturbing of which is the demand that transgender “rights” supersede biological science. Over the last few years there have been countless males “identifying” as females who enter female sports events, locker rooms, changing rooms and bath rooms with predictable results. Now, the same folks who remained silent over the 11-year boy dancing provocatively at a gay bar and the YouTube video of drag queen RuPaul giving dance routine advice to an 8-year boy are telling us to trust them with our children at the library. 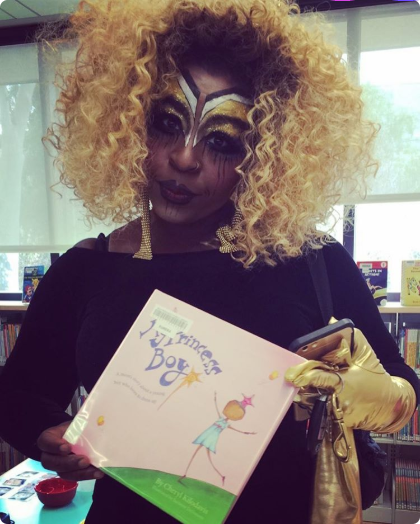 It seems that social engineers that double as Spokane Public Library staff have awarded an opportunity for the San Francisco based “Drag Queen Story Hour (DQSH)” to give two, hour long sessions here in Spokane. One will be at the South Hill Library on 6/15/19 at 2PM and the Downtown branch on 6/22/19 also at 2PM. The SPL site asks us to “Join us for a special sparkly edition of Storytime! We will share stories of identity and inclusion and celebrate creativity with a craft.” How quaint.

DQSH touts: “Drag Queen Story Hour (DQSH) is just what it sounds like—drag queens reading stories to children in libraries, schools, and bookstores. DQSH captures the imagination and play of the gender fluidity of childhood and gives kids glamorous, positive, and unabashedly queer role models. In spaces like this, kids are able to see people who defy rigid gender restrictions and imagine a world where people can present as they wish, where dress up is real.”

Maybe they think we did not get the memo from drag queen Dylan Pontiff, when he boasted to the Lafayette City-Parish Council in Louisiana that drag queens at these story hours “are trying to groom the next generation.”

As a grandparent of six children, I am not enthused by the thought of my tax dollars paying for the “grooming” of children for whatever their purposes. Others must not be either as a protest group called “500 Mom Strong” was created to oppose the events. Reading the comments on their Facebook page is a trip to Bizzaro World. Any posted opposition to the reading is slammed as hate speech and worse. It is obvious that most of the live and let live crowd on the left only view the 1st Amendment as an opportunity to crush any opposition to their agenda. The SPL has set up a discussion panel composed of community leaders and “experts” to discuss the topic on 6/8/19.

Buried in the debate on these events are the tragic statistics behind the transgender movement.

In every meaningful way the pretend world DQSH is promoting is little more than a paved road to Dante’s inferno. According to transgender friendly STDcheck.com/blog, sex crimes and violence are rampant in the Trans community. Transgender women have a 49 times higher risk of contracting HIV than non-transgendered people. Statistically, black/Afro-American Trans women have the highest rates of HIV in America. 19% of the world’s transgender people population has HIV compared to 1% in the general population; 73% of transgender women do not know they have HIV; 44% of transgender people are involved in voluntary or forced sex work.

Transgenders suffer from increased risk of homelessness and incarceration. Due to the increased anxiety they suffer from rejection (from self and other’s) and discrimination, they have higher instances of alcohol and drug abuse. 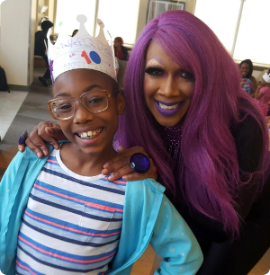 The hormones they use can cause erectile dysfunction, permanent sterility, liver disease, heart disease, possibly a greater risk of cancer, especially cervical cancer. There is an increased risk of the blood thickening causing higher risk of strokes, heart attacks as well as diabetes, high cholesterol, kidney and liver problems. And all these problems as well as others have been discovered with absolutely zero long term studies on the effects these drugs have on someone using them for the remainder of their lives. The good news is that we have been assured by the same companies that created Vioxx and OxyContin that these drugs are safe for children to use.

Along with the preceding perks to being transgender are the alarmingly high rates of suicide. A recent study revealed that 50.8% of the biological females that identify as males will attempt suicide; those who identified as neither male/female are at 41.8%; males identifying as females are at 29.9% and those who just didn’t know are at 27.9%. Compare that to normal girls at 17.6% and boys at 9.8%.

Michelle Cretella M.D. (Executive Director of American College of Pediatricians) has pointed out that the above statistics are being used to bully parents (and the general population) to affirm the choices of these sexually confused children or lose them to suicide, your choice.

But like most things emanating from today’s left, agenda has long replaced truth. For the most thorough study ever conducted followed participants for 30 years after their transition showed the suicide rates of the adults was 19 times higher than non-transgender people.

So, DQSH may “capture the imagination and play of the gender fluidity of childhood and gives kids glamorous, positive, and unabashedly queer role models.” They are deceptive beyond all words. There is nothing “glamorous” about being physically or sexually abused. There is not much imagination required in homelessness, alcoholism or drug addiction. Certainly the amount of “play” will be limited with all the physical conditions caused by the hormone treatments and HIV.

If the people who promote the transgender agenda truly cared about the gender confused like they say, they wouldn’t be trying to normalize and glamorize a lifestyle often filled with disease, torment and loneliness. They would be offering options to overcome it and examples of those that did.

It is not “hate” to point out these sad statistics, but keeping them buried sure is. Perhaps if someone who truly loved Jackson or the others had protested their drug use, maybe some of those entertainers might still be alive. Maybe this is our chance to help someone avoid a similar fate.