Trump is making a huge mistake by leading the LGBT parade 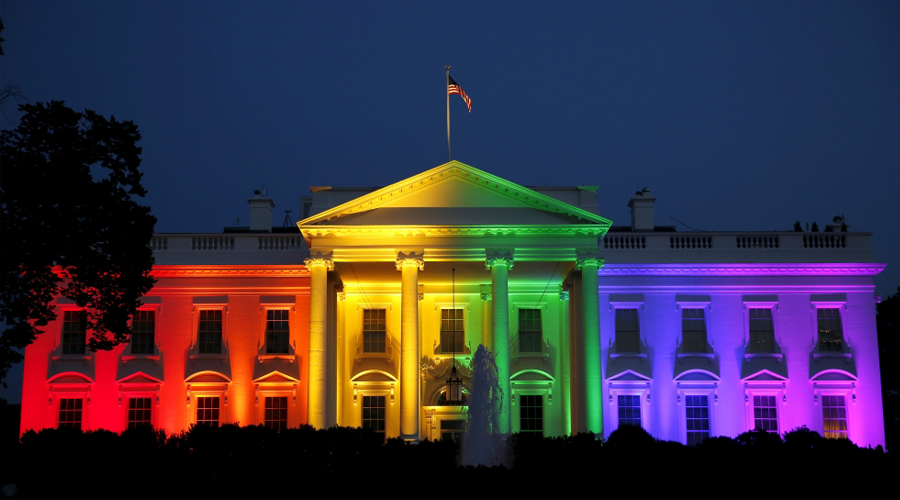 Trump is making a huge mistake by leading the LGBT parade

Donald Trump is getting some bad advice from somebody. That’s on the “somebody,” whoever that is, but the president has taken their advice, and that’s on him.

Trump is already running for reelection, although the formal announcement won’t come for a couple of weeks. But somebody (JaVanka?) has convinced him that it will help him in 2020 to launch a global campaign for homosexuality today.

Here’s how the president put it over the weekend:

As we celebrate LGBT Pride Month and recognize the outstanding contributions LGBT people have made to our great Nation, let us also stand in solidarity with the many LGBT people who live in dozens of countries worldwide that punish, imprison, or even execute individuals on the basis of their sexual orientation. My Administration has launched a global campaign to decriminalize homosexuality and invite all nations to join us in this effort!

If the president’s advisers think this is going to cut any ice with LGBT activists, they haven’t been paying attention. Gay activists are hostile, implacable, and vengeful toward their political adversaries. Thus the president will pick up virtually no LGBT support with this move, but he could lose a lot of evangelical support along the way. Purely from a political standpoint, it’s a bad move.

If he sticks to this position, despite counsel to the contrary from folks like Tony Perkins, Robert Jeffress, Rev. Franklin Graham, and Jerry Falwell, Jr., it will erode his base, not expand it. A significant percentage of evangelicals, to be sure, will continue to support the president and will vote for him in 2020. But it will dampen, diminish, and perhaps even extinguish the enthusiastic support he has enjoyed from his evangelical base. At a minimum, it will rattle and confuse them all.

Evangelicals have enthusiastically embraced this president for three reasons: his embrace of religious liberty, his defense of the sanctity of human life, and his appointment of federal judges who apply the Constitution instead of rewriting it.

Such judges know that the free exercise of religion is embedded in the Constitution as the first right enshrined in the First Amendment. On the other hand, they also know that no right to engage in sodomy is articulated anywhere in the Constitution, which means that religious liberty should prevail in any legal conflict.

But the stubborn reality is that the homosexual agenda, which the president just enthusiastically embraced, is the single greatest threat to religious liberty in the history of the Republic.

The president, naively in my view, seems to believe that gays can have their “rights” and Christians can have theirs and nothing bad will happen. But as we have seen repeatedly with wedding vendors, adoption agencies, bathroom policies, employment policies and the like, the two – religious liberty and the gay agenda – come into repeated conflict. In those showdowns, one side of the other has to win. Either constitutionally protected rights of religious liberty will win or purely manufactured “rights” will. On this issue, it is simply impossible for everybody to get what they want.

President Trump, just like everybody else, is going to have to pick a side.

Every advance of the homosexual agenda comes at the expense of religious liberty. Where the LGBT agenda advances, religious liberty retreats. The two things are locked in mortal combat, and one side or the other must in the end prevail.

We’ve seen this with Christian bakers, who have been given the grim choice between adhering to conscience or getting punished. As Tammy Bruce observed, to be forced to work against your will is slavery, and to be forced to violate your conscience is tyranny.

Evangelical voters believe sincerely in a Bible which teaches that homosexual conduct is an “abomination” in the eyes of God, is contrary to nature, and has lasting and even lethal consequences for those who practice it. Those who engage in it “receive in themselves the due penalty for their error” (Romans 1:27). The worldwide HIV/AIDS epidemic is just one example.

The Roman Catholic Church has always correctly taught that homosexual acts, because they deviate so far from God’s design for human sexuality, are “acts of grave depravity” which go not only against Scripture but “against natural law.”

Because homosexuality is immoral, unnatural, and unhealthy, it is a practice that no rational society should ever embrace, celebrate, subsidize, or celebrate.

But even among those who believe homosexuality should still be contrary to public policy, I do not know a single one who advocates the death penalty for it. There are plenty of alternatives to the death penalty if we are looking for appropriate sanctions. Our first commander-in-chief, for example, did not execute a homosexual soldier who was found in his ranks, he simply dismissed him from the army.

Outside of Muslim countries, the death penalty for homosexuality is largely a myth. For instance, there is not even one confirmed example of a homosexual being put to death in Victorian England, not one.

We don’t want to hurt homosexuals, we want to help them, just as we do with those trapped in other pathologies. We don’t, for example, put drug addicts to death in America, we try to help them by putting them in treatment programs. That’s what drug courts are all about.

President Trump is simply and badly wrong to grab the rainbow flag and cheerlead the global LGBT parade. He certainly has plenty of people around him who will give him good counsel on this matter. Here’s hoping and praying he takes it.