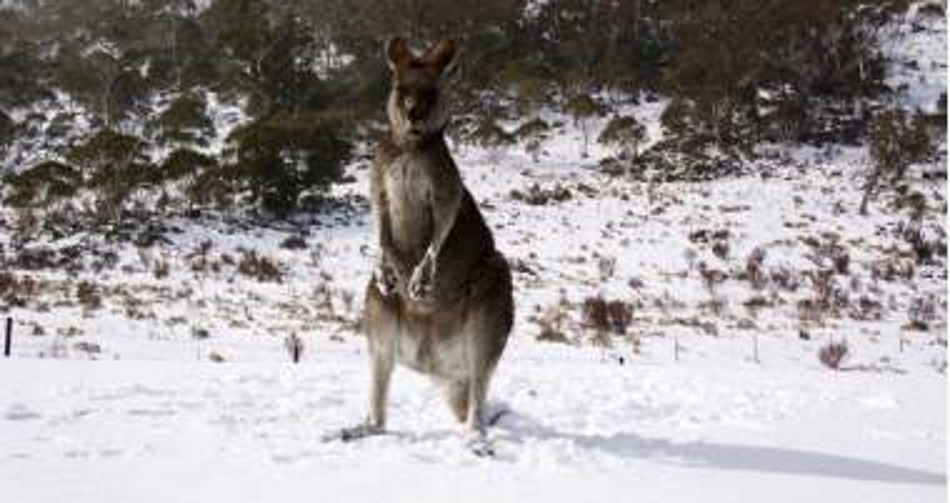 World-renowned carbon-credit salesman Al Gore is currently down under in Australia to preach the word about disastrous anthropogenic global warming to 1,000 willing future “climate leaders” in Brisbane. Gore is in Australia to “communicate the urgency of the climate crisis.”

That’s right. Al Gore and his team boarded a jet that spews more carbon into the atmosphere than most of us will create in a year in order to sermonize to an audience about why they shouldn’t, among other things, fly on jets.

As if on cue, perhaps to welcome the high priest of climate hysteria, a rare snow fell on Queensland, just west of Brisbane. Winter storms are also battering the state’s east coast. In Australia, Queensland is ironically nicknamed the Sunshine State. The Gore Effect rears its head again.

Though Gore’s visit was set in motion months ago, it comes at an opportune time for Australian climate hysterics, who are still reeling from their defeat in the recent Australian elections. The folks probably need a boost right now and a visit from the world’s foremost climate alarmist just might do the trick. Although polls showed the Labour Party — with fighting climate change as its main agenda — winning easily, the Conservative Party eked out a win against all odds.

Isn’t it funny how polls in nearly every national election in which globalists have a vested interest predict a globalist victory that doesn’t happen? Brexit, Trump, Australia…

Gore will speak at a conference given by the ironically named Climate Reality Project, which Gore himself founded in 2011. Meant as a training session, Gore and others will lecture business and community leaders from across Australia on how to be good stewards of the climate and how to teach others to be the same.

And it will only cost the taxpayers of Queensland $320,000 for the former vice president’s one-day visit. It’s a cost that that the government of Queensland is happy to pay, according to Leeanne Enoch, Queensland’s minister for the environment. “I spoke with Al Gore when I attended the Global Climate Action Summit in September and encouraged him to bring himself and the Climate Reality Project to Queensland,” Enoch said.

“By securing this internationally recognized event for Brisbane, the Palaszczuk (Annastacia Palaszczuk, the premier of Queensland) government is putting Queensland at the forefront of important climate change work.”

But not everyone in Queensland agrees with Enoch. Radio broadcaster Alan Jones thinks it is an unreasonable waste of money. “It’s not believable,” Jones said. “that the Queensland government can be so awash with money as to bring this hypocrite Al Gore to Australia for a conference.”

“When so many important instruments of government are underfunded, when farmers can’t feed their cattle in Queensland, and $320,000 goes to waste on this shonk.”

The Gore visit to Australia is just one more example of climate-change hypocrisy among its most avid supporters. Whether it’s Pope Francis, who claims that climate change is “one of the principal challenges facing humanity in our day,” yet lives a palatial lifestyle powered by fossil fuels; or whether it’s vocal climate alarmist and Hollywood star Mark Ruffalo, who, upon finishing up an energy-wasting film, flew off to the Great Barrier Reef in a carbon-spewing jet to do a little snorkeling with his son; if your heart is in the right place, your hypocrisy can apparently be forgiven.

Oh, and in case anyone has forgotten, today is an important holiday, as decreed by the United Nations. So, happy World Environment Day everyone!