It’s Not about Political Parties, It’s about the Constitution!  We Must ‘Patriot Up’. 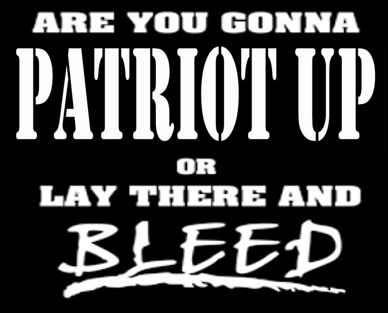 It’s Not about Political Parties, It’s about the Constitution!  We Must ‘Patriot Up’.

PATRIOT: ‘A person who vigorously supports their country and is prepared to defend it against enemies or detractors.’

COWBOY UP:  When things are getting tough you have to get back up, dust yourself off and keep trying.

The roots of America’s greatness are deeply steeped in the wisdom of our Constitution. Our many successes come from the attraction to and application of that very rule of law protecting the freedoms for personal ambition and our unrestrained competitive prowess for our commerce.

Turncoat politicians have become those detractors (like enemies) who allowed and created our decline by not upholding their oaths to our Constitution yet acting like they’ve been working for us while spending endlessly, creating enormous unconstitutional micromanaging agencies and bureaucracies putting tens of thousands of restraining regulations on us, passing too many laws restricting our freedoms and ruining our commerce often with marching orders from the devious Council On Foreign Relations (CFR) in lockstep with the corrupt United Nations.

With all that President Trump has done for appreciative citizens, he can only do so much.  Unfortunately he cannot do everything to right our ship of state.  He needs lots of help from us to pressure the few good people in Congress and replace all the many bad ones with true Constitutionalists who follow their oaths.

IT’S NOT ABOUT POLITICAL PARTIES 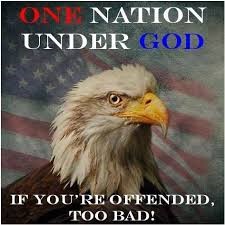 Quoting former U.S. Rep. Dick Armey and Matt Kibbe in their book ‘Give Us Liberty,’ “Say what you want about political parties, they are always intellectually and morally inferior to principles and good ideas. The sole purpose of a political party is to get candidates elected. Too often the candidate of one party could have just as easily run on the opposing political party’s ticket. Political parties are empty vessels, adrift on tides that can shift with the winds of political opinion.

“Principles, on the other hand, are different. Good ideas stand up to scrutiny. The right principles and the best ideas pass the test of time. They do not change based on the latest public opinion polling; they cannot be twisted like those dials on the machines experts use to measure the emotional intensity of a person’s response during a focus group. “The principles of individual freedom, fiscal responsibility, and constitutionally limited government are what define the Tea Party ethos. They bind us as a social movement. And that makes the Tea Party better than a political party—something that can sustain itself the day after the first Tuesday in November, when all of the yard signs come down and all of the campaign volunteers go back to the daily routines of their normal lives. The Tea Party is a far more potent force for social change in America because it will sustain itself beyond the next candidate’s election.”

AMERICA MUST BE RESTORED 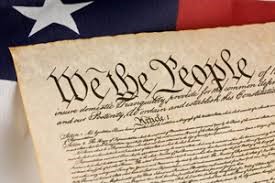 To restore America back in line with the original tenets of our Constitution we must first accept one absolute fact. Socialism fails and capitalism succeeds. Simple as that. The late, not so great Soviet Union’s socialists’ citizens experienced a life of guarantees for all the necessities of life, meager as it was: Education, Home (make that apartment,) Job, Medical Care & Retirement. Literally everything was decided on and taken care of by government. Missing, however, was one basic ingredient to make it all work.

What has made America run is vibrant business in the free marketplace of a capitalist system. Productivity and its subsequent profit are absolutely necessary for our success as a nation.

True freedom is pure capitalism. Capitalism is the freedom to win at starting a business or investment and cannot and must not provide ‘subsidized’ guarantees for those that attain less. Failure is a lesson learned well and one moves on, strengthened from the experience. One can strive to achieve all he wants or adjust to what levels of accomplishment he attains. Businesses accountably making a profit, subsequently creating commerce and providing jobs are the root sources of all governments’ funding. A growing economy that creates more tax paying employees will bring in more revenue than higher tax rates and new taxes which conversely hurt us.

The radio talk show host Scott Hennon in his book ‘Grass Roots – A Common Sense  Action Agenda for America,’ states: “When the founding fathers crafted our Constitution, they established a government with restricted powers and restrained responsibilities. You find the scope of our government outlines in Article I, Section 8: taxation, coinage, national defense, the court system, post offices, roads and the repayment of debts. There’s nothing in Article I, Section 8 about government getting into the banking or automobile manufacturing business, or getting into the health insurance business, or controlling all the nation’s schools from Washington, D.C., or subsidizing various industries or the arts or public television.”

Jack McManus in his 29 minute video ‘Overview of America’:  “Our Constitution was created to govern the Government, not the people, and not the states, each of which is a guardian of its own sovereignty. The central government was created with strictly limited powers leaving the states to compete with one another to become the best state, the one with the least amount of taxation and controls, one where citizens would want to build a business and raise a family. That spirit of competition produced excellence as honest competition always does.”

Idaho, Washington and Montana are not territories of the United States! We are sovereign states with states’ rights that supersede national government edicts. The states created the federal government, not the reverse! We must remove the shackles of dependent money we’ve allowed federal programs to use to control us. So we need legislators to work to that end or continue the socialist march toward failure.  States are tired of being told what we need to do by ‘Big Gov.’ And we want all of our God given  lands back to our states now!!! 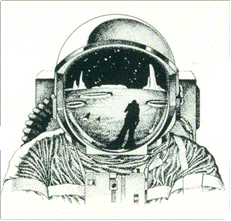 We must have a U.S. Congress of pure constitutionally hearted patriots who  recognize the necessity of eliminating whole agencies, and bureaus of government, and abolishing the damaging laws and regulations of all the overstepping unconstitutional tentacles of big government. I suppose the biggest majority of citizens would probably not agree that this is possible or can’t imagine the undertaking. I also suppose the same might have been true if they were asked about the feasibility of putting a man on the moon in such a short time.

With acknowledgement of the necessity, and the same kind of determination and absolute commitment as putting a man on the moon, such a feat can be accomplished. The large task before us is for Americans to awaken to their responsibilities as freedom loving citizens to start paying attention to real facts, informing others and electing ‘real patriots’ with the dynamic zeal and hunger to right our ship before it sinks. There are only a couple handfuls of such patriots currently working on this in Washington.

THE CONSTITUTION IS THE BLUEPRINT FOR GOOD GOVERNMENT

Another quote from Rep. Armey and Mr. Kibbe’s book will wrap this up: “The miracle of the Constitution is the simple genius of limited government and its singular devotion to protecting individual liberty.“ …The Government should be concerned with protecting my liberty, not my liver.

“The founders designed a government that was to do only that which was both right and necessary; the rest was to be left up to the states and individuals. It is simply the best organizational chart for running a society ever created. However, this division of labor only works if people mind their own business. The problem is that politicians and bureaucrats often do not know their limitations and make it their business to mind yours.”

To which I add, it is our fault for not paying attention, letting them get away with it and not replacing them.

WHAT WE MUST DO!

There’s a very simple way of identifying which elected representatives need replacing in Congress in Washington, DC. You study The Freedom Index which show exactly how they vote with criteria in keeping with the Constitution and then cull them at the voting box. For the U.S. Congress see ‘thenewamerican.com/freedom-index.’ A Congressional Scorecard Based on the U.S. Constitution” rates congressmen based on their adherence to constitutional principles of limited government, fiscal responsibility, national sovereignty, and a traditional foreign policy of avoiding foreign entanglements. In the two year, 115th Congress just completed this January, here is how abysmally our congressmen and senators in Washington, D.C. voted with the Constitution: U.S. House 32% and U.S. Senate 22%. So there you see now why we are where we are.

Don’t count on a thing politicians say, only believe what you see and judge them on how they vote!

The terrible voting records revealed in the US Congress are exactly the explanation for why we are rapidly becoming a socialistic society and our Republic is in danger of evolving into losing our national sovereignty and becoming first a member state of a regional government, the North American Union overseen by the corrupt UN, and then a world government run by unaccountable, unelected global power elitists who know what’s best for everybody.

For the sake of your children and grandchildren Patriot Up!  Start reading about issues and checking voting indexes.  And be a wise American and study the Declaration of Independence, The Constitution and the Bill of Rights. 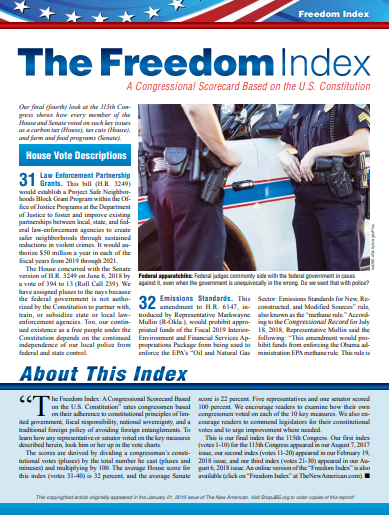