EU Elections: Was Brexit the Beginning of the End for the European Union? 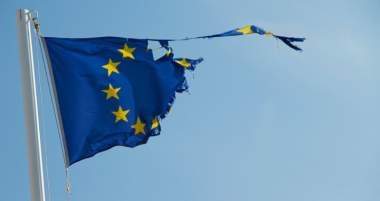 EU Elections: Was Brexit the Beginning of the End for the European Union?

The desire of the British people to reassert their national sovereignty, and leave the increasingly dictatorial European Union (EU), was reiterated in European Parliament elections, held this past week. This desire to leave the EU (Brexit) was loudly proclaimed in a 2016 British national referendum, and the failure to carry out the wishes of the British electorate has so far cost two prime ministers — David Cameron and Theresa May — their lofty positions.

Just as eastern European nations (Hungary, Poland, East Germany, Romania, and Czechoslovakia) escaped Soviet tyranny in the 1980-90s, nations across Europe are now voicing their desire to rule themselves (which, in essence, was what the American Revolution was all about). Political parties and leaders that are advocating freedom from the shackles of the EU made huge gains in the United Kingdom, France, and Italy.

In Great Britain, the governing Conservative Party is imploding because it has been unable, or unwilling, to carry out the mandate of the 2016 Brexit to leave the EU. But the Labour Party that has been the main opposition to the Conservatives for almost a hundred years also took a beating in the European Parliament elections. Emerging first in the balloting was the Brexit Party, which captured 28 of the 73 seats that the United Kingdom is entitled to in the European Parliament — an astounding feat for a political party that is only a few weeks old.

Labour was stuck in third place, behind Brexit and the Liberal Party, but ahead of the ruling (for now) Conservative Party, which finished a dismal fifth.

Jeremy Hunt, the foreign secretary, expressed deep concern for his Conservative Party, but he accurately diagnosed the problem, which he described as a “painful” result. He warned that the Tories faced an “existential risk to our party unless we now come together and get Brexit done.”

The Brexit Party was founded by Nigel Farage to get Brexit done, and the party told the voters it is willing to get that done, even if no exit deal with the EU is in place. “If we don’t leave on October 31, then the scores you have seen for the Brexit Party today will be repeated in a general election — and we are getting ready for it,” Farage said.

Prime Minister Theresa May has announced she will step down as Conservative Party leader on June 7, but is planning to continue as an interim prime minister until a new prime minister is selected. Under Britain’s political system, the ruling party — presently the Conservative Party — will pick a new leader for the party, and that person will then become prime minister. As of right now, both of the most likely replacements to May are promising to leave the EU on October 31, even if no “divorce” deal with the EU is in place.

If one of these two men — former Foreign Secretary Boris Johnson, or former Brexit Secretary Dominic Raab — are able to get the UK out of the EU by October 31, then the implosion of the Conservative Party might well halt. It would also likely increase its clout, as most Brexiters would then join its ranks. If the Conservative Party fails to leave the EU, however, Nigel Farage might very well be taking up residence at 10 Downing Street.

But the desire in Britain to be free of the EU’s centralizing tendencies is spreading across Europe, as the elections for European Parliament indicate. In France, Marine Le Pen’s anti-EU National Rally party won the most seats. Le Pen said the result “confirms the new nationalist-globalist division” not only in France but in other nations, as well. Le Pen’s party captured 24 percent of the vote, while President Emmanuel Macron’s party had 21 percent. In Italy, the anti-EU League Party of Matteo Salvini won 32 percent of the vote, up from a mere six percent five years ago, to win the most seats in the European Parliament from that country.

Salvini placed his victory in the larger context of the revolt against the globalism of the EU. “Not only is the League the first party in Italy, but Marine Le Pen is first in France, Nigel Farage is first in Great Britain. Therefore, Italy, France and England: the sign of a Europe that is changing, that is fed up.”

Pro-EU parties are still expected to hold a majority in the 751-seat European Parliament. However, the political reality is that, if France and Italy were to join the British in leaving the EU, the EU would likely be done. Perhaps Germany, which is the most dominant nation in the EU, could hold together a drastically reduced European Union, but it would be an EU dramatically reduced in power and influence.

In 1988, then-Prime Minister Margaret Thatcher warned about the centralizing growth of the European Community, which was morphing into the European Union. “We have not successfully rolled back the frontiers of the state in Britain, only to see them re-imposed at a European level, with a European super-state exercising new dominance.”

What has happened in Europe should send a powerful warning to Americans about our own multilateral trade deals, such as the USMCA proposal by President Donald Trump that could very well leave America trapped inside a North American Union with Canada and Mexico. If USMCA is agreed to by Congress, then a very large chunk of our national sovereignty will have been surrendered, with more loss of national independence looming in the future.

The British failed to heed the warnings of Thatcher concerning the loss of British sovereignty to a centralized and authoritarian European Union. Hopefully, Americans will learn from their experience. It is much easier to enter into a sovereignty-killing trade deal than it is to exit one. The wiser choice for America is to exit our present entanglements such as the United Nations, the World Trade Organization, and NAFTA, and avoid traps such as those have ensnared the people and nations of Europe.